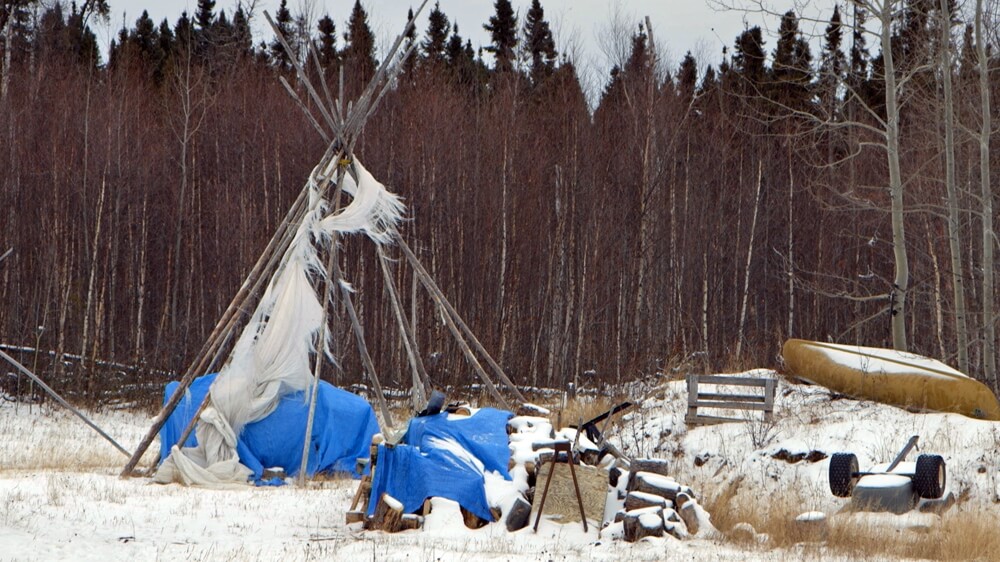 Rings of Fire is a new documentary film that looks at the efforts of Mae Katt, a First Nations nurse practitioner who runs a mobile drug treatment programme in Northern Ontario.

Commissioned by Al Jazeera‘s Witness, the 47-minute documentary follows Mae Katt and her team for over a year as they travel to Marten Falls and Neskantaga, two Matawa First Nations who are struggling to overcome a devastating addiction to opiates.

An epidemic that has been wholly ignored by both Canada and the Province of Ontario, in some Matawa communities as much as 80% of the population is addicted to opiates.

Mae and her team want nothing more than to see everyone regain their health and once again be in control of their lives not only as Anishinaabe but as human beings.

However, this story is more complex then it appears at first glance.

The traditional territories of Marten Falls and Neskantaga are situated inside the mineral-rich region known as the Ring of Fire.

According to some estimates, the presently pristine 5000-square kilometre region could produce well over $120 billion in revenue. Such economic potential is simply too great to ignore. For Marten Falls and Neskantaga, it’s an opportunity to lift themselves out of the crushing poverty that Canada’s Aboriginal policy has forced them to endure.

For some time now, the two First Nations have been sitting at the negotiating table with mining companies in the hopes of working out an equitable arrangement that can help to generate a healthy and hopefully long-lasting local economy without sacrificing their rights.

Under the Canadian-made economy they not live under, the First Nations couldn’t even afford to carry out Mae’s desperately needed treatment programme.

In the end, the First Nations had no choice but to turn to mining companies for help.

Eager to bring some certainty to the region in preparation for the oncoming economic boom in the ring of fire, one mining company was happy to help. An $80,000 donation soon arrived, allowing Mae to get started on her treatment programme.

For the mining company, it was an investment that could pay back many times over, for years on end. For the tow First Nations, it was a matter of survival.

The treatment works. Gradually and with unceasing diligence, Matawa community members soon begin to take back their lives. But it is a difficult and long-term process. There is ever the chance of relapse. And for some, an unbearable weight emerges that leaves them feeling as if there is no way out.

A year has now past and the community continues to struggle on, with some getting back o the land that sustained them for so many generations prior.

Meanwhile, mining companies continue with their own pursuit as the government continues to stand comfortably in the shadows waiting for opportunities of their own. On the distant horizon, you can almost hear the apathetic roar of semi-trucks that are as eager to get on the land as they are to leave.