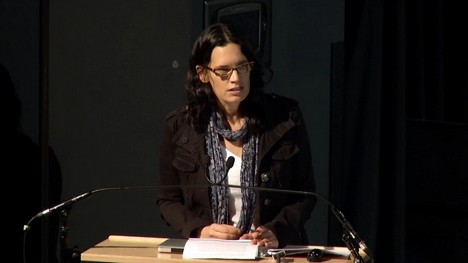 She has published two edited volumes including Lighting the Eighth Fire: The Liberation, Resurgence and Protection of Indigenous Nations (2008, Arbeiter Ring), and This is An Honour Song: Twenty Years Since the Barricades (with Kiera Ladner, 2010, Arbeiter Ring), in celebration of the twenty year anniversary of the “Oka Crisis”. Leanne has published over thirty scholarly articles and written for Now Magazine, Spirit Magazine, Anishinabek News, the Link, Briarpatch Magazine, The Dominion, Muskart Magazine, Racialious, Rabble, Huffington Post and Canadian Art Magazine, among many others. Her third book, Dancing on Our Turtle’s Back: Stories of Nishnaabeg Re-Creation, Resurgence and a New Emergence was published in 2011 and turns to Nishnaabeg theory and philosophy for guidance in building and maintaining resurgence movements.

Leanne is a traditional story-teller and has performed at Indigenous arts festivals throughout Ontario. Her short fiction and poetry has been published in Geist Magazine, Ricepaper Magazine, As Us Literary Journal, Kimiwan, Honouring Indigenous Women and Muskrat Magazine. Leanne was the 2012 winner of Briarpatch Magazine’s Writing from the Margins competition for short fiction. Her first book of short stories Islands of Decolonial Love, explores love and connection within contemporary Nishnaabe life in a series of sharp, witty and insightful stories and has a full length accompanying storytelling and music album featuring Indigenous musicians from across Canada.

Also published 2013 is Leanne’s collection of re-told traditional Nishnaabeg stories, The Gift is in the Making, from the Debwe Series, Highwater Press. Based on her oral practice and the traditions of Nishnaabeg story-telling, this book captures the imaginations of young and old alike as they are immersed in the storied world of her people. Leanne is currently working with an Indigenous editorial collective gathering together the writing and art of the Idle No More movement. Watch for The Winter We Danced: Voices from the past, future and the Idle No More movement coming from ARP Books this winter.