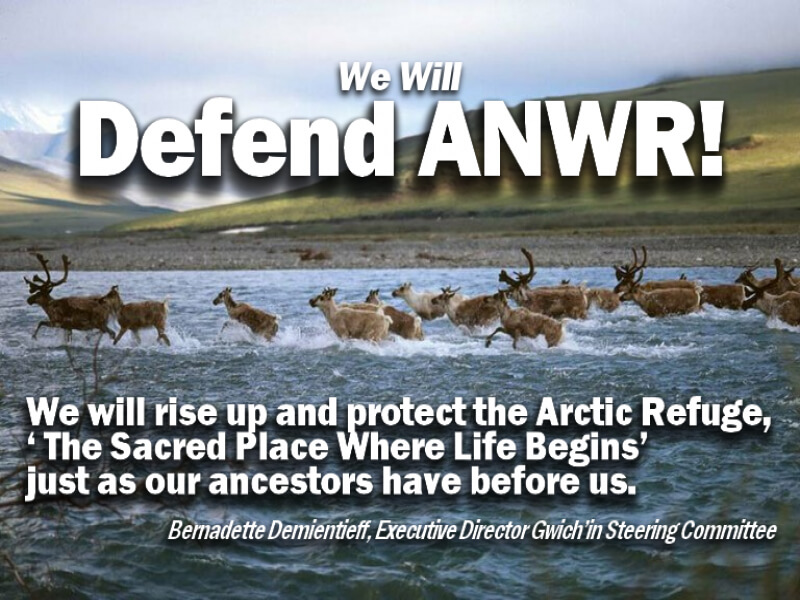 Washington D.C. -Today the Republican House and Senate passed the Republican Tax Reform Bill, a bill that has seen unprecedented disapproval by American citizens. According to The Hill, “Public polling on the GOP’s tax overhaul indicates support hovering at less than 30 percent, which is even lower than the favorability toward ObamaCare when Democrats passed it in 2010”. In addition, every democrat from both chambers opposed the bill.

The primary goal of the bill is to cut taxes, but the bill will also repeal the Affordable Care Act’s individual mandate and will open the Arctic National Wildlife Refuge (ANWR) in Northern Alaska for oil and gas drilling.

Opening ANWR for oil development has been a top energy priority for Republicans and the oil industry for more than four decades, with Rep. Don Young (R-Alaska) spearheading this initiative since the 1970’s. Republicans claim that the region holds over 10.3 billion barrels of oil, however, the results from an exploratory well drilled in ANWR 30 years ago have never been released to show the presence of oil or not.

While Republicans like Sen. Lisa Murkowski (R-Alaska) and Speaker Paul Ryan (R-Wis.), claim they will develop “safely” and in “non-wilderness zones”, biologists have found that it is near impossible to repair damage to this biome. In addition, it is one of the most biologically diverse places in the Arctic and Subarctic and home to many Alaskan Tribes, such as the Gwich’in, who depend on the biodiversity of this region to survive.

“We refuse to accept this decision and we will continue to defend our sacred lands. Our identity is tied to this land and the beings that roam it, therefore we will stop at nothing until the calving grounds of the Porcupine River caribou herd are fully protected. We will rise up and protect the Arctic Refuge, ‘ The Sacred Place Where Life Begins’, just as our ancestors have before us. In 1988, the Gwich’in people formed the Gwich’in Steering Committee in response to proposals to drill for oil. Our predecessors realized that oil development on the caribou calving grounds was a threat to the very heart of our people. It was then that we decided that the Gwich’in Nation would speak with one voice against oil and gas development on the Coast Plain. We will not stop. We will not waiver. We will continue to protect our way of life, as we always have. Our identity is non-negotiable and our human rights inalienable.” Bernadette Demientieff, Executive Director, Gwich’in Steering Committee

“In the strongest terms, we condemn the actions of the United States Congress for this direct assault upon the Gwich’in and Inupiat people of Alaska and Canada. The Indigenous Environmental Network has stood with the Gwich’in Steering Committee for over 25 years in the fight to protect their sacred lands and ways of life from oil development. We denounce this Tax Bill and its ANWR provision for what it is, a pandered legislation to big corporations and fossil fuel interests. We call upon Congress to stop this attack on Indigenous Rights. Stand with the Gwich’in Nation and help us keep fossil fuels in the ground!” Tom Goldtooth, Executive Director, Indigenous Environmental Network