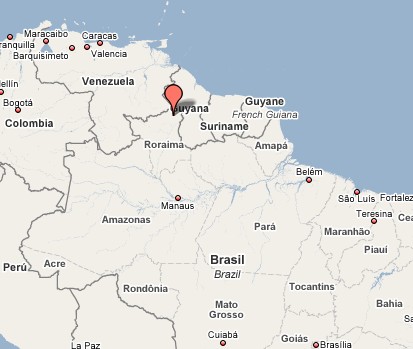 The Brazilian Supreme Court has suspended the police operation that sought to evict a group of rice farmers illegally occupying Raposa Serra do Sol indigenous territory in the Brazilian state of Roraima.

The decision came last Wednesday (April 9), after the farmers began threatening and attacking the regions indigenous people, destroying bridges, and setting up roadblocks to resist their eviction.

According to the Associated Press,

The court blocked the eviction of farmers from the Raposa Serra do Sol reservation late Wednesday, saying protests by the settlers… could erupt into “a veritable civil war.”

But Dionito Jose de Sousa, a Macuxi Indian chief and coordinator of the Roraima Indigenous Council, said the ruling rewarded violence and disrespect for the law.

“This is very bad for us, because our rights are being violated,” Sousa said by telephone from the Roraima state capital, Boa Vista. “Even with all the destruction carried out by the rice growers, the Supreme Court decided in their favor.”

The justices issued the temporary stay while they consider a petition from the Roraima state government to allow the farmers to stay permanently.

The Peoples of Raposa Serra do Sol responded to the decision with a collective statement, which, courtesy of Survival International, reads in part,

For more than thirty years we have suffered the painful process of regaining our land, which we believed the Brazilian State would make a reality, in accordance with the federal constitution, the rights of indigenous peoples and the President’s decree signing our territory into law.

We cannot accept that the authorities have waited three years to act, that they have allowed the terrorism of the last eleven days in Raposa Sera do Sol, and that the Supreme Court has even suspended the removal operation. We reject the attitude of the state government, which chooses sacks of rice to the detriment of the lives of 18,992 Indians.

The full letter (in Portugese) is available on Survival’s website. They’ve also set up a page so you can write a letter to The chief justice of Brazil, Minister Ellen Gracie.