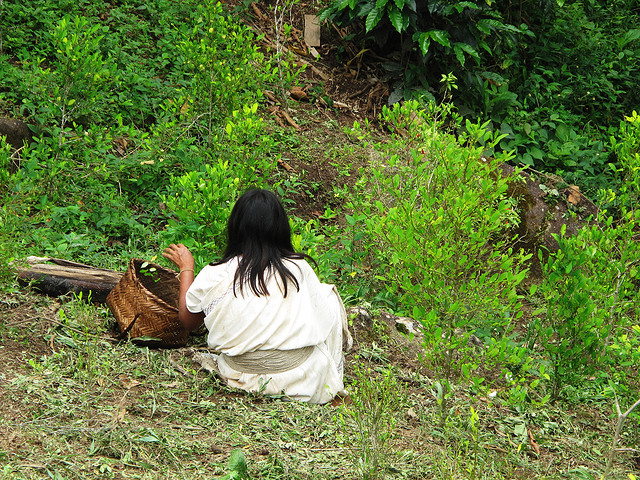 Colombia’s indigenous organizations have revealed five new ‘millennium development goals’ (MDGs), presenting the world’s first national framework for realizing indigenous rights in response to the Millennium Declaration. The move challenges the country’s authorities to record their progress in meeting the new targets, with indicators for the realization of each goal published in a report funded by the United Nations Development Program (UNDP).

Their indigenous goals seek the achievement of:

1) the protection of indigenous territory;
2) indigenous self-government;
3) the self-development of indigenous communities on the basis of equilibrium and harmony;
4) free, prior and informed consent as a condition for developments on indigenous land; and
5) the ‘institutional redesign’ of the state in its relations with indigenous peoples.

Colombian Deputy Interior Minister Anibal Fernandez de Soto welcomed the launch of the project’s 200 page report: Another Vision, Indigenous Peoples and the Millennium Development Goals: “The Government has made a major effort to put ourselves in the place of another”, he said, adding: “This document confirms that we cannot move forward if we do not understand.”

The government’s commitment to indigenous rights is questioned, however, by indigenous lawyer Asdrúbal Plaza, one of the two co-authors of the report: “The Environment Ministry continues to grant mining licenses to indigenous land without consultations”, he said, adding that the state: “wants to continually interfere in our territories and our resources.”

While a number of recent court judgements in the country have ruled in favour of indigenous peoples in their disputes with mining, energy, and infrastructure companies, the International Labour Organization consistently criticizes Colombia for not protecting indigenous rights or applying the ILO Convention it signed on the Rights of Indigenous and Tribal Peoples. The country’s indigenous territories are under pressure as the thirst for their resources increases due to Colombia’s booming economy. ONIC Secretary General Juvenal Gonzalez Arrieta was recently asked by Colombian daily El Nuevo Siglo whether delays caused to the activities of multinationals on indigenous land by recent court rulings ordering consultations with local people meant that indigenous groups were opposed to the country’s development. He responded that 30% of Colombia is indigenous territory containing 52% of the country’s natural resources, and: “We don’t just protect the natural resources for indigenous people but for society and humanity”.

The indigenous goals are overall targets, subdivided to provide specific objectives. The third goal, of achieving self-development on the basis of equilibrium and harmony, for example, covers subcategories such as indigenous women’s rights, education, indigenous and intercultural health services, and harmony between mankind and nature. The education sub-theme includes the specific indicator of the number of teachers in a given territory who are teaching through indigenous languages. The harmony with nature sub-theme includes the indicator of the number of hectares of indigenous land replanted with native species.

Such values in a development program might be seen to contrast with the investment-oriented, export agriculture and mining-focused model of the current Santos government. Does the author Asdrúbal Plaza see any grounds for shared development objectives? “It will be difficult but not impossible”, he says. “In our territories we have our own economies, and our own idea of development which corresponds to our own worldview. For us, we envision the ongoing cultural, physical and spiritual development of ourselves as indigenous peoples. This contrasts with the government’s ethos of development, which is based on consumerism.”

He argues that a shared understanding of development will depend on the government’s acceptance that “the environmental authority in our territories is the relevant indigenous authority.”

He sees the five indigenous goals as central to this negotiation between the parties: without achieving the first goal of the protection of indigenous territory, “we indigenous people will have nothing”, Plaza warns. He then points to the second goal of achieving indigenous self-government, adding that “if the government doesn’t respect our decisions, we can’t advance.”

While the report has grown out of the difficult relationship between indigenous peoples and the Colombian government, it has also drawn on the engagement with the original MDGs by the United Nations Permanent Forum on Indigenous Issues. The report’s supporters plan to send the report to indigenous rights organizations around the world, saying it will help reframe development debates in the run up to the 2015 date for the realization of the original MDGs. Plaza is proud of the ‘pioneering’ nature of the project, but cautions that for indigenous development in Colombia, “if the state doesn’t change, and if it doesn’t learn to respect indigenous authorities, then nothing is possible.”