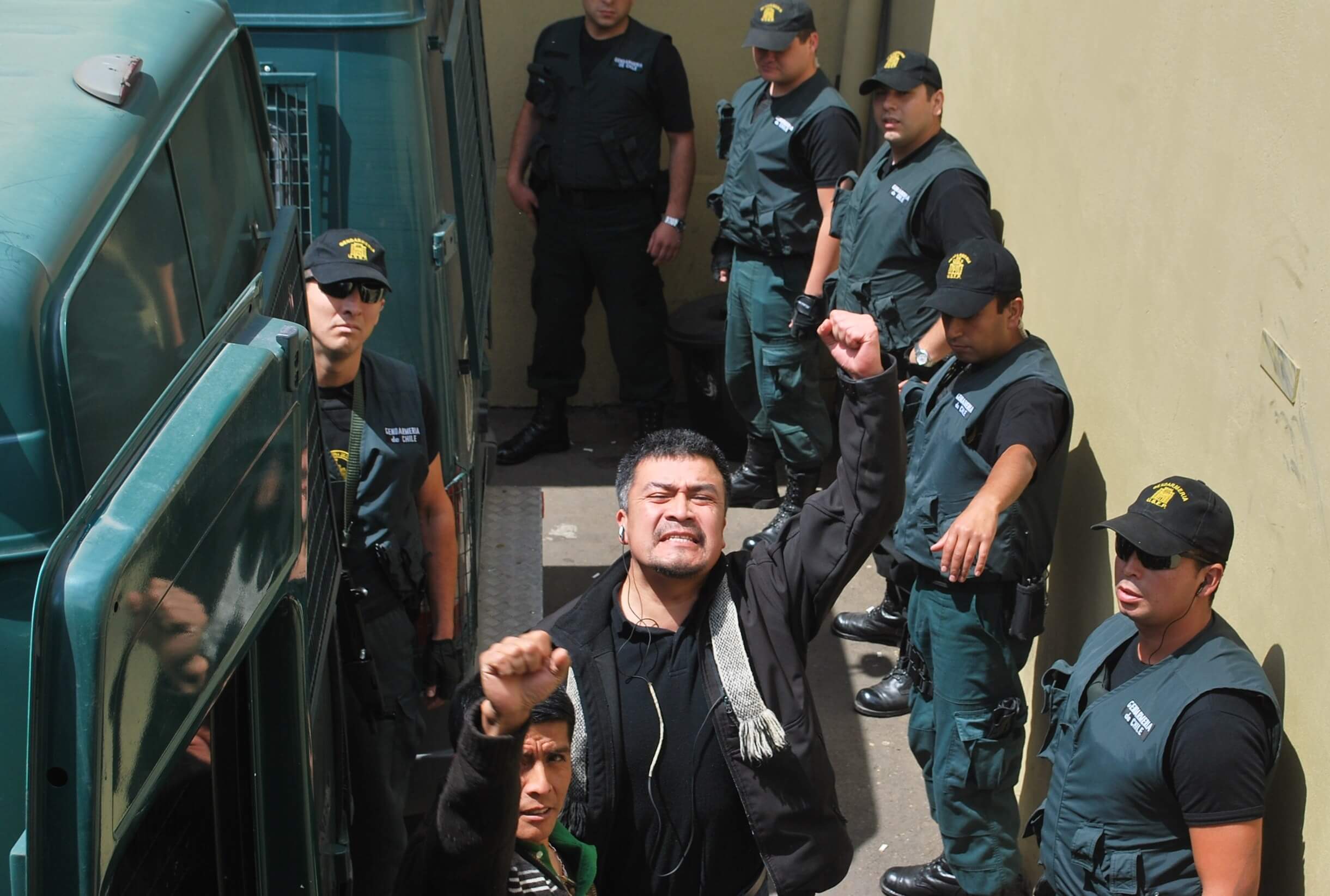 Booming economic growth, a reduction in poverty, low unemployment rates, financial stability and a safe haven for business investors. These were all the result of what Milton Friedman in early 1982 claimed to be “Chile’s economic miracle”. During the days of the dictatorship and highly influenced by the “Chicago Boys”, Chile underwent its process of economic decentralization that, some argue, paved the way for its exponential economic growth throughout the 1980s and 1990s.

Today, Chile’s ruling center-left, Nueva Mayoría–widely seen as the quintessential model of neoliberal modernization in Latin America–continues to engage in the predatory politics of resource extractivism so crucial to the success of the miracle. Nowhere have Chile’s economic policies affected more than in southern Chile–more precisely, the Mapuche region, known by its inhabitants as Wallmapu.

Chile’s encounter with the propagation of neoliberal multiculturalist regimes across the region has been somewhat unique. By the time countries like Nicaragua, Mexico, Bolivia and Peru were engaging with what Karl Offen has termed a “territorial turn” by reworking their relationship with indigenous nations via the ratification of ILO Convention 169 (1989), the ambivalent doctrine of separate and unequal and the coercive ideology of assimilation remained virtually untouched in Chile. It was only in 2008 that Chile ratified ILO’s Convention on indigenous peoples and ignited a discourse of multiculturalism[1]. The implementation of multicultural policies has, however, been questionable for the country continues to be immersed in a discursive battle over what constitutes the Chilean nation and how Mapuche nationalism and anti-colonial mobilization threatens Chilean national identity. 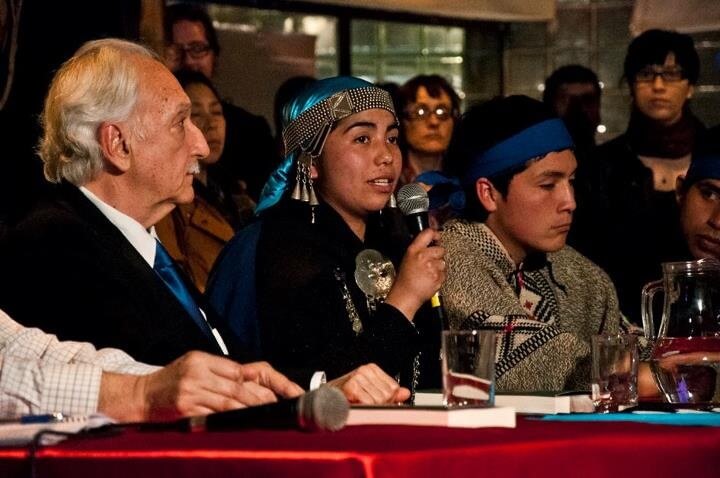 To comprehend the current state of affairs in Wallmapu and Chile it is pivotal to understand the uniqueness of Mapuche history in comparison to other native Latin American nations. In contrast to the Aztecs, Incas or Guaicurúes, the Mapuche nation was never, as a whole, conquered, colonized or subjected to Spanish dominion. They remained socially, politically, economically and most importantly, territorially autonomous up until late nineteenth century. A series of treaties, called Parlamentos, were signed between the Mapuche nation and the Spanish Crown from 1647 to 1803. The Spanish Crown recognized the Bio-Bio River as the territorial border between Spanish and Mapuche dominions and recognized the Mapuche as a nation with the concomitant rights to sovereignty and independence[2]. So, this series of treaties make the Mapuche nation as sui generis case of autonomy in the region.

The colonization of the Wallmapu began only 152 years ago. In the 1860s, the Chilean state launched a military campaign to annex the Wallmapu. By the end of the ‘Pacificacion de la Araucania’ campaign” led by Colonel Saavedra and Pinto, the Mapuche had been confined to reservation-like territories called reducciones. Their land was divided and auctioned to the Chileans, Germans, and Swiss who had already populated the Valdivia region. Thus, forcing the Mapuche into alien and scattered areas. By 1883, the Mapuche had lost its independence, territorial sovereignty, and all traces of political, social and cultural autonomy. Of the ten million hectares of land in possession of the Mapuche in the 1860s, only 500,000 remained in Mapuche hands by the end of the military campaign.

Currently, the Chilean state continues to mystify, decontextualize and demonize the Mapuche struggle in its attempt to erase the rising voices of dissent in the so-called “most stable of Latin American democracies”. The militarization of the region, the violent utilization of Pinochet’s executive decree to quell Mapuche mobilization and the constant institutional reification of the “good” obedient urban Mapuche and the “rebellious” rural southerner only further drives the Coordinadora Arauco Malleco (CAM) to locate its autonomist project outside of Western institutions and postulate it antithetically to Western modes of economic development. Like Charles Hale’s theorization of Guatemala’s discourse of the insurrectionary Indian, Mapuche CAM’s mobilization is criminalized and confused by Chileans incorrectly perceiving the foundational premises of their identity to be under attack[3].

The Coordinadora Arauco Malleco is today at the forefront of Mapuche resistance against the ever increasing encroachment of the Mapuche territory by forestry, hydroelectric and mining conglomerates. Founded in late 1990s, CAM set itself apart from other Mapuche organizations and movements, like Consejo de Todas las Tierras and Identidad Territorial Lafkenche by putting forward a uniquely Mapuche anti-colonial, anti-systemic, anti-statist, anti-capitalist and non-leftist political project. Somehow influenced by the writings of late Aymara Amauta (thinker), Fausto Reinaga, CAM aims to revive and revitalize Mapuche traditional socio-politico and economic structures through the recovery of Mapuche lands and territory. To do that CAM has declared war on both the capitalist structures operating in Wallmapu (mainly forestry and mining companies but also including the latifundistas) as well as the Chilean nation-state. 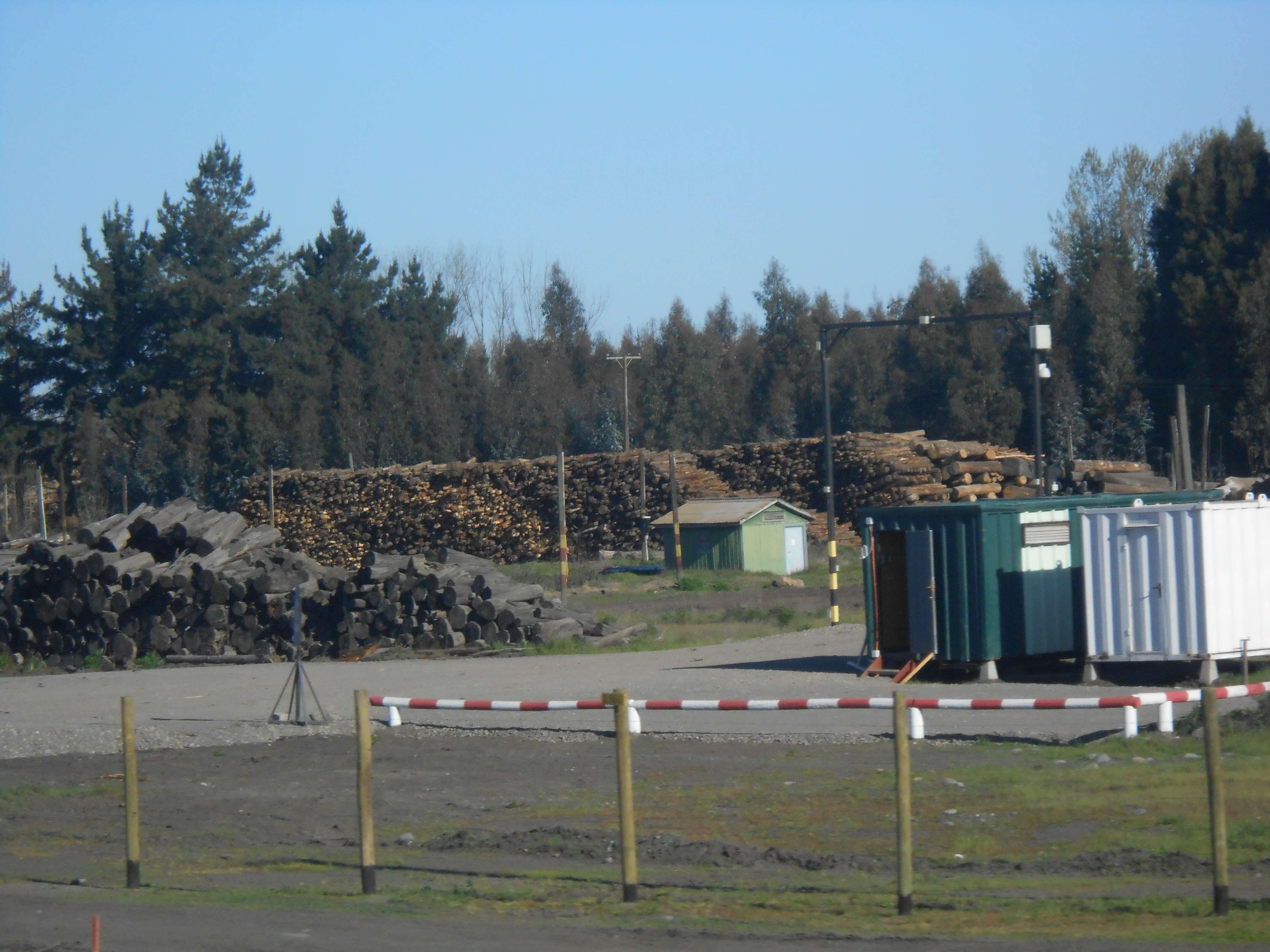 According to Mapuche historian, Fernando Pairican, the insurgency of CAM can be traced back to Pinochet’s decree 701 in 1974. This law incorporated vast areas of native forests in southern Chile into the global economic market. Within a decade, replacing hundred of thousands of hectares of native forest with the quickly-growing radiata pine and eucalyptus species, Pinochet’s rule introduced a large-scale monoculture plantation industry. Pairican further explains that with these new artificial plantations was a growing generation of Mapuche children who witnessed the encroachment of their communities by forestry companies, the dispossession of their lands, the further impoverishment of their lofs (communities) and in many cases, the forced migration of their families to the urban areas of Santiago and Concepción. By the time the eucalyptus plantations were ready to be cleared and processed in the 1990s, these Mapuche children had also grown into 20-25 year old politically active adults, seeking a solution to the problems affecting their communities[4].

On the 1st of December 1997, three trucks loaded with timber, owned by forestry giant Forestal Bosques Arauco were ambushed and set on fire by the newly-founded CAM. Mapuche leaders Victor Ancalaf, José Huenchunao, Pedro Cayoqueo, Héctor Llaitul and Aliwén Antileo had ignited a process of territorial revindication in the region via the theretofore-unprecedented use of force against capitalist actors in Wallmapu. This project of territorial recovery was soon welcomed by Mapuche communities, particularly in the provinces of Arauco and Malleco in the Bio Bio and Araucanía regions respectively. As early as 1999, the communities of Rukañanco, Kuyinco, Tranicura, Choque, Colcuma, El Malo, Miquiwe, Coiiwinka Tori and Temulemu, amongst others[5], had joined CAM in the struggle against the new colonization of Wallmapu.

CAM’s political project and its manifesto postulates that the attacks are never targeted against colonists, farmers or any other civilians but are rather aimed at the destruction of capitalist infrastructure in the region. Via what they call “Organos de Resistencia Territorial” (ORT), CAM deploys an offensive strategy to vindicate the Mapuche territory. The first step of this offensive strategy is to re-occupy a property, a process referred to as “control territorial”, whereby CAM members enter a fundo (which is an extensive area of land) aiming to recover it in its entirety. To do that, CAM engages in activities such as burning large areas of imposed monoculture eucalyptus plantations, houses and warehouses belonging to forestry companies as well as destroying the crops of the settler latifundistas[6].

After seizing these fundos, CAM starts a process of “siembra productiva”, where they sow potato, tomato, wheat and other elements of the Mapuche traditional diet. This is the first major tangible step toward autonomy in their project. These “recuperaciones territoriales”, in the words of Llaitul, “allow an identitarian recomposition of the Mapuche to emerge” because this recovery of lands “is a fundamental part of a broader process that leads to cultural and religious revitalization”. This way, via the recovery of usurped lands, ceremonies like the Trawun, Palin, Nguillatun and Machitun, are now part of the communities’ everyday life[7].

But, even more important, territorial recovery and its subsequent cultural revitalization processes pave the way for the first steps toward political autonomy. Here, the re-establishment of Mapuche socio-politico spaces like the Lofs, Rewes and Aillarewes kindles the reconstruction of the Mapuche nation as a whole. In this sense, autonomy for CAM—achieved via the transformation of Mapuche into Weichafes (warriors) who defend the re-occupied territory—is self-affirmation, ideological decolonization and disassociation from the colonial state[8]. In this sense, autonomy, for CAM, cannot be seized via dialogue, negotiation or institutional legislation since these means to achieve autonomy further entrench their integration into the political structures of the colonial state and preserve the system of subordination to which the Mapuche are currently subjected.

In 2011, CAM Mapuche leaders, Héctor Llaitul and Ramon Llanquileo, were condemned to serve twenty and eight years in jail respectively for the supposed intellectual planning of arson attacks in the region as well as for allegedly attacking Fiscal Prosecutor Mario Elgueta back in 2008[9]. Despite its refusal to explicitly acknowledge the status of these prisoners, the Chilean state has de facto recognized them as political prisoners. In the maximum security prison El Manzano, in Concepcion, they have been given a secluded yet equally surveilled space where only Mapuche prisoners serve jail sentences. Recently, in April this year, the pressure instigated on the government by the prisoners’ hunger strikes of previous years has led to a reduction in their jail sentence to fifteen years for Llaitul and eight years for Llanquileo. Not only the political prisoners but the whole Mapuche nation today is subject to continuous systematized and institutionalized criminalization, dehumanization and alienation. As long as the Wallmapu remains an object for resource exploitation and Chilean colonialist immigration, the Mapuche voices from the Bio Bio River to the north to the Tolten River to the south will echo that Mapuche war cry: MARICHIWEU!

Alejandra Gaitan Barrera is a doctoral candidate in the School of Government and International Relations at Griffith University, Australia. She studies the social and cultural effects of the neo-colonial state in Latin America, particularly in regards to indigenous nations. She also investigates the notion of autonomy and its diverse interpretations and articulations by minority groups and indigenous peoples in Latin America and the Middle East.