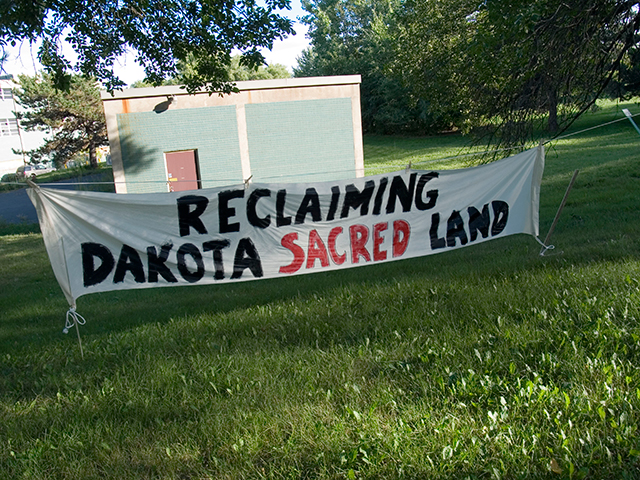 On September 2nd, members of the Oceti Sakowin (Seven Council Fires) of the Dakota Oyate (Dakota Nation) reclaimed a sacred site known as Coldwater Spring, in the city of Minneapolis, Minnesota.

Regarded by the Dakota people as integral to their Spiritual life, Coldwater Spring has been “littered with dilapidated structures and the soil… polluted from the former Bureau of Mines”, notes a recent press statement.

What’s more, the Dakota say that according to an 1805 treaty, they have rights to the spring as well as to the land that surrounds it.

“As Dakota people who consider the spring as essential to our spiritual lifeway and the surrounding land as a part of our homeland of Bdote, we believe that we will be better stewards of the land than either the United States or the State of Minnesota has been,” the statement continues.

“[…] We have both a legal and a moral right to the spring and the surrounding land. We are calling on the Department of the Interior to fully restore Dakota rights to the land and to conduct a clean-up of the site, including removing dilapidated structures and restoring the land to its previously pristine condition.”

As the Dakota are planning to maintain a permanent presence at the site, “until Dakota rights to the land are fully restored and the federal government conducts a clean-up of the site, removing the toxic structures and restoring the land its previously pristine condition“, they are asking for help in the way of supplies and support: