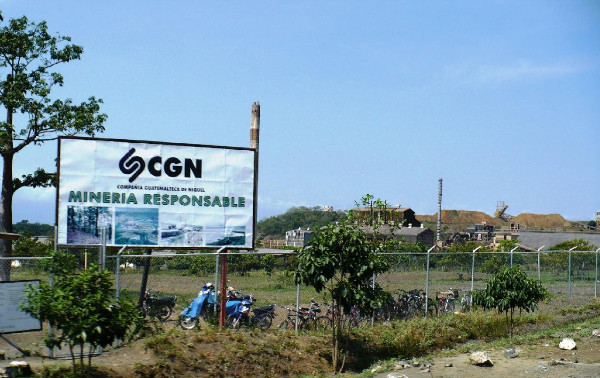 Killings linked to Canadian-owned nickel mine in Guatemala

Two Maya Qeqchi have been killed and more than a dozen injured in two separate attacks this week, near the site of a Canadian-owned nickel mine in El Estor, Guatemala. Leading up to the attacks, on September 11, the Qeqchi communities of El Estor condemned and rejected the company’s presence in their territory. The Dominion reports.

Recent killings linked to Canadian-owned nickel mine in Guatemala

Two Qeqchi leaders were shot and killed and over a dozen wounded this week near the site of a shuttered nickel mine in Guatemala.

The first shooting took place on Sunday, September 27 on land claimed by the community of Las Nubes, which Compañia Guatemalteca de Niquel (CGN), a subsidiary of Manitoba’s HudBay Minerals, also claims to own.

Early reports indicated CGN’s private security guards opened fire while attempting to remove families from their land. Adolfo Ichi Chamán, a teacher and community leader, was killed by gunshot, at least eight more wounded by bullets fired from an AK-47.

Prensa Libre, Guatemala’s leading newspaper, reported that during Chamán’s funeral service yesterday, thousands of people marched through the streets of El Estor, demanding that the company and the local police chief withdraw from the area within 24 hours.

HudBay released a lengthy statement yesterday claiming that there were no evictions, but instead that “protestors” went on a rampage, attacking government vehicles, a local police station (where they allegedly stole automatic weapons), destroying a hospital built by a coalition of US NGOs, and wounding five employees.

Hudbay goes on to make the absurd claim that the protesters proceeded to open fire on each other.

Liezel Hill of Mining Weekly went on to parrot the company’s version of events, as did the Canadian Press and Reuters.

One day after the murder of Chamán, men armed with machine guns opened fire on a mini-bus carrying Indigenous educators and leaders from the El Estor region to Cobán. One man, Martin Choc, was killed, and at least nine more wounded.

These killings are a flare up in a tense area, where the track record of Canadian mining companies includes forced displacement over multiple generations, co-operation with the army, and the burning of homes belonging to Indigenous people.

Shortly after a series of violent evictions that took place on nearby lands in 2007, Skye Resources (later acquired by Hudbay) representatives went on the record and lied through their teeth to defend their actions.

The English-language corporate media has repeatedly turned a blind eye to recent and past events unfolding in El Estor. This kind of reporting facilitates corporate lies and deceit, plain and simple.

Lies and deceit are just what HudBay needs, not only to avoid an international outcry over the recent killings, but also to spin a mining project that is not likely to produce any nickel at all.

WRITE TO HUDBAY MINERALS – WITH COPIES TO YOUR OWN POLITICIANS – ASKING THEM:

(1) To suspend all work at the Fenix Project mine site; (2) To make public which of their private security forces were involved in the one attack, and possibly both attacks; (3) To fully cooperate with any and all investigations – legal or otherwise – that look into these crimes.

CANADA PENSION PLAN
(As of March 2009, CPP owned 882,000 shares, worth $5,000,000)
Write to the CPP – with copies to your own politicians – asking them:What is their policy in terms of investing in companies operating in violent and repression situations (as nickel mining in Guatemala has been for years)? To withdraw their investments from the CPP;