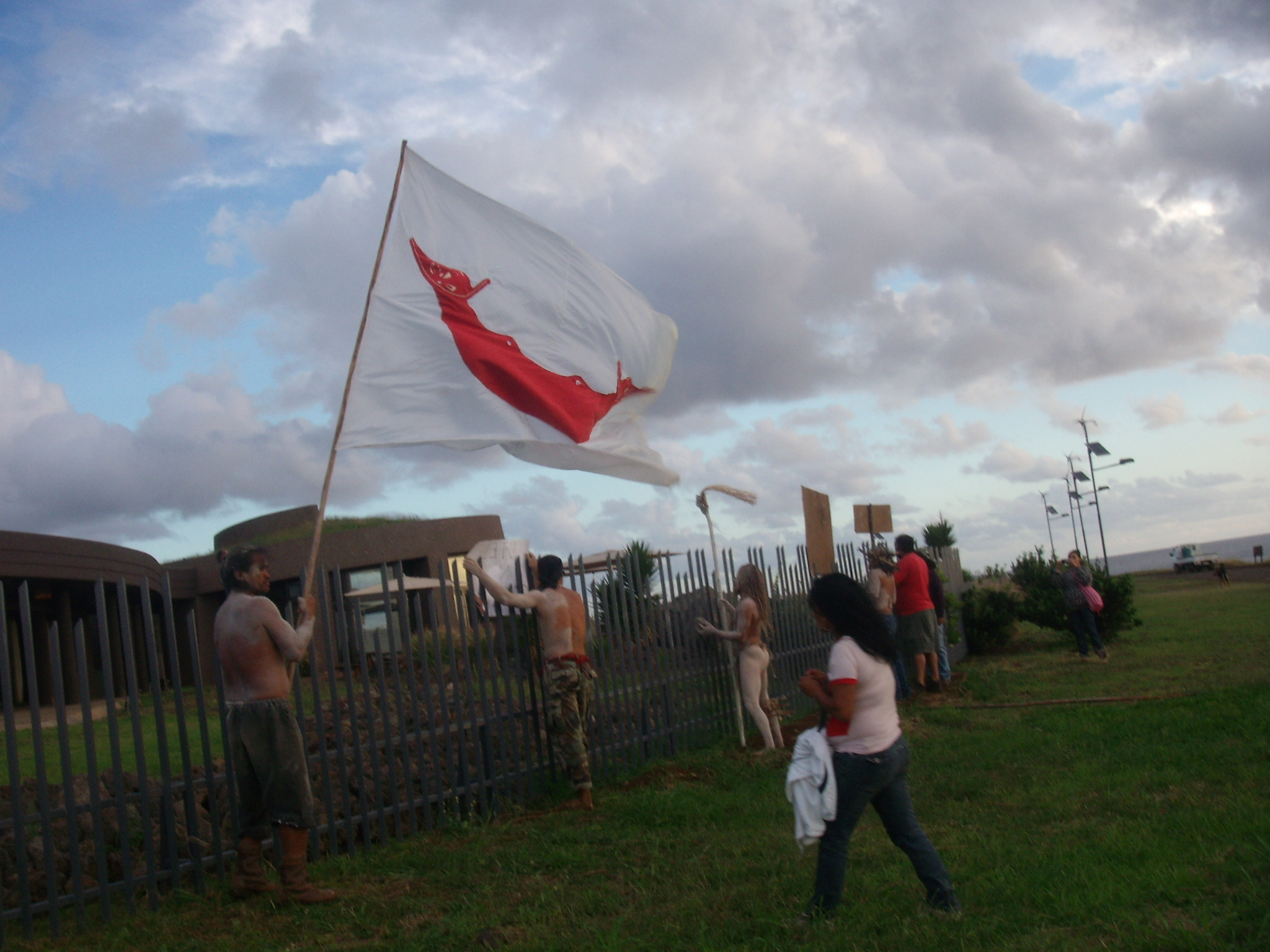 The Hitorangi clan of the indigenous Rapa Nui people carried out a peaceful protest this week in response to an esoteric conference that was being held at Hanga Roa Hotel, a building that sits on the Hitorangi clan’s ancestral land.

Two years ago, the Rapa Nui occupied the hotel–along with 17 government buildings in an effort to reclaim their ancestral land rights on the island of Rapanui (also known as “Easter Island” and “Te Pito te Henua”, the Navel of the World).

The Rapa Nui were systematically evicted from the buildings with varying levels of violence.

Below, a briefing on this weeks protest, by Rapa Nui Press

On April 16, 2012, the Hitorangi Clan again protested in front of the Hotel Hanga Roa for the recovery of their ancestral lands.

They did so in response to an international conference organized by Anvisibleesoteric (www.anvisible.com) being held at the Hotel Hanga Roa built on the Hitorangi clan’s land and sacred Ahu Makere (family altar) which had been unlawfully and violently taken. The Hitorangi clan invoked their ancestors (matamúas) asking them to help them in their struggle to regain their land.

The peaceful protest took place outside the hotel and was attended by 40 members of the Hitorangi clan. Adults and children carried signs, chanting they voiced their discomfort to tourists who were staying at Hanga Roa Hotel.
The tourists hid in the inner courtyards of the hotel to avoid the protesters. Nevertheless, family members were able to hand the tourists brochures and tell them about the Hitorangi clan’s struggle to regain possession of their lands.

Under Chilean law only Rapanui people can own land on the island. However, the current Chilean administration under Piñera continue to violate Chilean and international law.

This is one of the many protests that have occurred in recent months. These protests will continue in the coming weeks to ensure that the land be returned to the rightful owners.