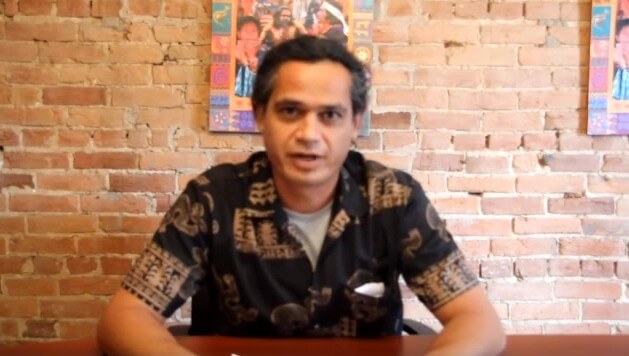 In this video, Santi Hitorangi discusses the urgent need for Precautionary Measures.

WASHINGTON, D.C. — Renewed tension between the Rapa Nui people and the Chilean government has prompted the Indian Law Resource Center to file a request for protection orders on behalf of the Rapa Nui clans with an international human rights body.

“In the last two weeks, four prominent Rapa Nui leaders were unjustly arrested and jailed for trying to exercise their right of self-determination and their right to protect their sacred sites,” said Leonardo Crippa, senior attorney in the Center’s Washington, D.C. office. “The repressive measures aimed at disabling the Rapa Nui Parliament must stop.”

The Center has asked the Inter-American Commission on Human Rights (IACHR) to reissue precautionary measures to protect the Rapa Nui peoples’ right to life, their right to liberty and to protect their basic human rights. In 2010, the Commission granted precautionary measures under similar circumstances to protect Rapa Nui leaders from violent evictions by the Chilean government and opened an investigation regarding human rights violations. Those measures were allowed to lapse after negotiations began between the Rapa Nui Parliament and the Chilean government. In March 2015, negotiations broke down and the Rapa Nui Parliament assumed management of their own resources to protect and preserve their sacred sites.

“Chile treats the Rapa Nui as sub-human and without rights,” said Santi Hitorangi, a member of the Hito Clan, as he described the tension on Easter Island. “The fact that the state has named our ancestral sites as a national park for their entertainment shows the degree of disrespect that exists between Chile and the Rapa Nui people.”

The Rapa Nui island, commonly known as Easter Island, is in the southeastern Pacific Ocean and is called a special territory of Chile, annexed in 1933 without the consent of the Rapa Nui people. Most of the 36 Rapa Nui clans have been engaged in a collective effort to recover their ancestral lands, protect sacred sites, and exercise their right of self-determination.

The IACHR’s mission is to promote and protect human rights. As an organ of the Organization of American States, the Commission has the authority to hold countries such as Chile accountable for human rights abuses. A decision by IACHR on reissuing precautionary measures could come within a few months.

The Indian Law Resource Center is a non-profit law and advocacy organization established and directed by American Indians. The Center is based in Helena, Montana, and also has an office in Washington, D.C. The Center provides legal assistance without charge to Indian nations and other indigenous peoples throughout the Americas that are working to protect their lands, resources, human rights, environment and cultural heritage. The Center’s principal goal is the preservation and well-being of Indian and other Native peoples. For more information, please visit us online at www.indianlaw.org or www.facebook.com/indianlawresourcecenter.