Putting it in drive: What’s next for Idle No More 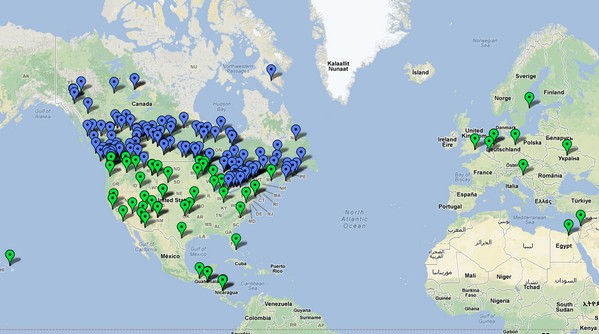 Across the country, in shopping malls and in the streets, thousands are rallying and round-dancing and serving notice that they will be Idle No More (INM). Messages of support from around the world have given rise to comparisons with other grassroots protests such as the Occupy movement, Quebec’s printemps erable and the Arab Spring. But whether in following those examples INM leads to increased awareness, a change in policy, or a change in government is an open question. Certainly, for Indigenous people in Canada, INM is a new approach and that in itself is promising.

Unlike the Assembly of First Nations’ annual National Day of Action (full disclosure, my former job included organizing the 2008 version), Idle No More doesn’t begin and end with one day’s events. In many places, rail and road blockades now are supplementing rallies, teach-ins and flashmob dances that are increasing in number and escalating in scope. The day after Chief Spence began her hunger strike, several others like Elder Raymond Robinson began theirs in support, and Fast4Change has signed up dozens more who want to demonstrate their commitment to the cause.

Fundamentally, Idle No More means that every day is a day of action.

It is grassroots activism, with leadership from a variety of sources, most of whom do not rely on federal government funding for their continued existence and are, therefore, less constrained. There is growing support from non-Indigenous Canadians, largely due to the animosity Stephen Harper has created among progressives of all persuasions, especially environmentalists concerned about Bill C-45. And it has immediate and concrete consequences as people may die from starvation.

Like the Occupy movement, Indigenous demands for action are diffuse. The list includes respect for the treaties, respect for Aboriginal rights enshrined in the constitution, education of the Canadian public in their role as treaty partners, and action on poverty and the morass that the federal bureaucracy has created in governance. There is no simple solution. And the shift in focus to Chief Spence’s hunger strike, compelling as it is, has meant that her request for a meeting with the Prime Minister and Governor General has become the shorthand answer to a complex set of problems.

There could be a one-day meeting that accomplishes nothing, just as the last one did, in the hands of an intransigent and dishonest government. Or Chief Spence could succumb to the honest human desire to live and the movement would be written off as having played out its course. Or Stephen Harper may ignore her request, with talking points about the precedent it would set, and people will die, leading to a potentially dire response.

One day just isn’t enough to solve our problems, whether one day of protest, one day of contrition, or one day’s effort at finding solutions. National days of action didn’t work. A one-time apology from the Prime Minister had no meaning. And Canada can’t allow this to come down to whether or not one particular meeting happens.

To put it bluntly, Indigenous death and despair serve the government’s purpose. Like exterminating the buffalo helped starve First Nations onto reserves, through underfunding and interference with local governance, the current government is starving people off reserves. The consequent destruction of Indigenous communities will make it easier for the government’s friends in the oil, gas and mining industries to go about their business unhindered.

Stephen Harper responds to only two motives, political expediency and the economic interests of those who put him in office. With his majority, his concern for micro-managing his political profile has decreased as the urgency with which he is pursuing the corporatist agenda has accelerated. If INM is going to prompt a reaction, it must speak to that motivation.

Protesters wield a stick — the January 5th closing of border crossings is one interesting example to come — and they have a very large carrot in that resource extractive industries must rely on the co-operation of Aboriginal rights-holders who could negotiate greater predictability and facilitated process.

Indigenous people also have a clear set of parameters for successful negotiation and have had for many years. Canadians must face the challenge of our colonial history, restore the nation-to-nation relationship that underlay the treaties and the foundation of Canada, give full respect and meaning to the rights enshrined in our constitution and relinquish the policy of assimilation once and for all. Solutions will flow from that approach and no other.

In 2013, there will be more educating, dancing and marching. In order to motivate an implacable adversary there also will be more economic inconvenience, more blockades, national strikes, the delay and prevention of resource extraction activities, and every other tactic INM can employ. It will be up to Canadians to respond, either with more of what has failed or with eyes open to the interests of all.

Canadians cannot afford to remain indifferent. A government that ignores the rule of law threatens the foundation of democracy. A government that denies the legal rights of any of its people threatens all citizens. A government that will not negotiate in good faith or respect its own contractual commitments puts the economic future of the country at risk. Canada’s government has done all these things every day since Confederation. It has gotten away with it so far.

Through INM, Indigenous people are posing a question to Canada. The answer will require all of us to come together, respecting all our relations.

Daniel Wilson is a former Senior Director with the Assembly of First Nations and a founding Co-chair of the New Democratic Party Aboriginal Commission.  He now works as an Indigenous rights consultant.