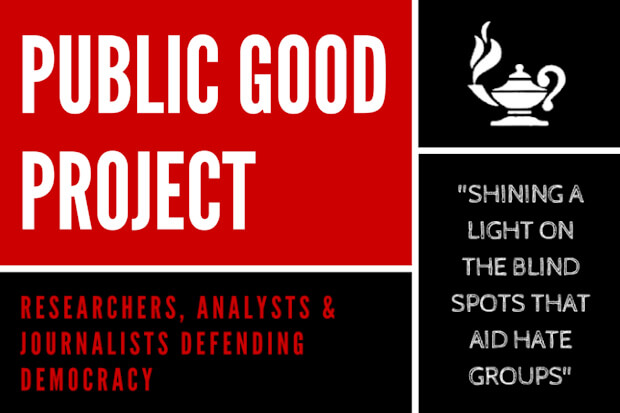 SAN FRANCISCO, CA October 8, 2015 – Public Good Project — an investigative research network in the US and Canada — has been defending democracy for 21 years. Our volunteer researchers, analysts and journalists have led the pack in fighting the fascism, racism and fraud that threaten both civil society and indigenous nations. To keep our free public service available, though, we need your help.

Collaborating with IC Magazine, Public Good Project has provided key information on the convergence of Wall Street, the Tea Party and CERA — the “Ku Klux Klan of Indian country” — constituting the industrial-sponsored terrorism called Wise Use. As IC Editor-in-Chief and Public Good correspondent John Schertow remarked, “Defending democracy isn’t something we do as a career; we do it as a duty.”

Public Good and IC Magazine have had a unique and productive relationship. For instance, our research published at IC in April 2013 was first in world media to expose a nationwide campaign by CERA to terminate American Indian tribes. In July 2013, we collaborated with IC Magazine and Wrong Kind of Green collective to publish Communications in Conflict, an introduction to the topic of netwar.

In the very near future Public Good and IC will team up again to produce Mandates from God, a groundbreaking documentary film about white power, Indigenous Peoples and fossil fuel export.

Help us continue our vital work. Make a donation today!