Pseudoscientific Adventures to Save the Planet 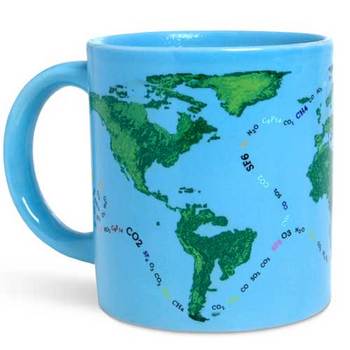 We’ve all looked on in amazement as climate change has been packaged and blamed to cause just about every problem in the world today: terrorism, displacement, murder and poverty, malnutrition, homelessness, back pain, allergies, and even rape.

We’re similarity told that just about everything causes it.

It’s completely out of control—moreso now that researches and governments are boldly stepping forward to scientifically reorganize the natural environment.

For instance, there is joint Indian-German project in the works to pour six tons of iron powder into the waters of the Antarctic, to encourage the absorption of CO2 by phytoplankton.

Speaking to Real World Radio, Oscar Galli, a marine biologist at REDES-FoE Uruguay, calls it a commercial experiment… a pseudo-scientific adventure that “[promotes] the burning of more and more fossil fuels, with the subsequent liberation of CO2 to the atmosphere and global warming, in addition to seriously damaging the marine ecosystems.” In other words it’s just like every other climate solution out there, from the Carbon market to biofuels.

There is a similar ‘fertilization’ experiment using charcoal, that seems to be catching a great deal more attention. The idea is to plough billions of tonnes of the material into the world’s soil.

“According to a growing, vocal and very well-connected group of scientists, entrepreneurs and lobbyists,” says the World Rainforest Movement (WRM), it is “the best if not the only way of humanity surviving climate change and solving the food and energy crisis.”

“They call charcoal used in this way ‘biochar’ and claim that it will lock up carbon for thousands of years, provide energy through the same process which produces the charcoal, greatly increase plant yields and stop deforestation (caused, according to many of them, mainly by small farmers who slash and burn forests because they cannot keep their soil fertile).”

“The ‘evidence’ for the claims is based primarily on terra preta, ancient soils in Central Amazonia, formed hundreds or even thousands of years ago,” WRM continues. “Terra preta was created by small farmers who, over many generations, mixed charcoal as well as compost, animal and fish bones, river sediments, manure and diverse biomass residues into the soil. There is no evidence that carbon-rich, fertile soils can be recreated simply – or quickly – by applying large quantities of charcoal to fields.”

In fact, there has only been one contemporary study, which revealed that charcoal, when used by itself, “resulted in zero plant growth after two harvests.”

“This is why a lot of the ‘biochar research’ actually involves an ammonium bicarbonate fertiliser, of which char is only one component,” says WRM. “At least during this short-term study, most of the carbon remained in the soil, but other studies indicate that even this is not guaranteed.” Again, business as usual.

If the truth hurts, ignore it

Over all these “fertilization” experiments are no different from every other industrial-age solution to save the planet — all born within the logically-false paradigm we (by which I mean civilization) have constructed around the naturally occurring process called climate change.

The problem is civilzation. The way we view ourselves as separate from the natural world; the way we find purpose and meaning with little regard for the consequences; and the we pretend we’re in control and superior to everything.

It might sound a little cheesy, but if you look at the whole thing from far away, it’s like you’re looking into the Twilight Zone, you know, the “middle ground between light and shadow, between science and superstition” where we travel to on Monday nights to hide away from that painful dimension called reality.

Only in such a place can we escape reason with so little effort, and then rally ourselves in a belief that land theft, wholesale environmental reorganization, and bureaucratic hoopajoo can save the planet…

It’s an endeavor that will continue and intensify as long we cower away from the basic truth: The Earth is not a sandbox, for us to reign over pathetic Empires of dirt, or to create grand schemes to justify enlightened savagery for the greater good.

It is our home. Our place of birth. And we are obligated to protect and defend that regardless of how inconvenient it is to our comfort, our opinions and our fears.

We owe a great deal to this planet, and it’s way past time to stop playing games and start acting the way we know we are, the way the Earth needs us to be.