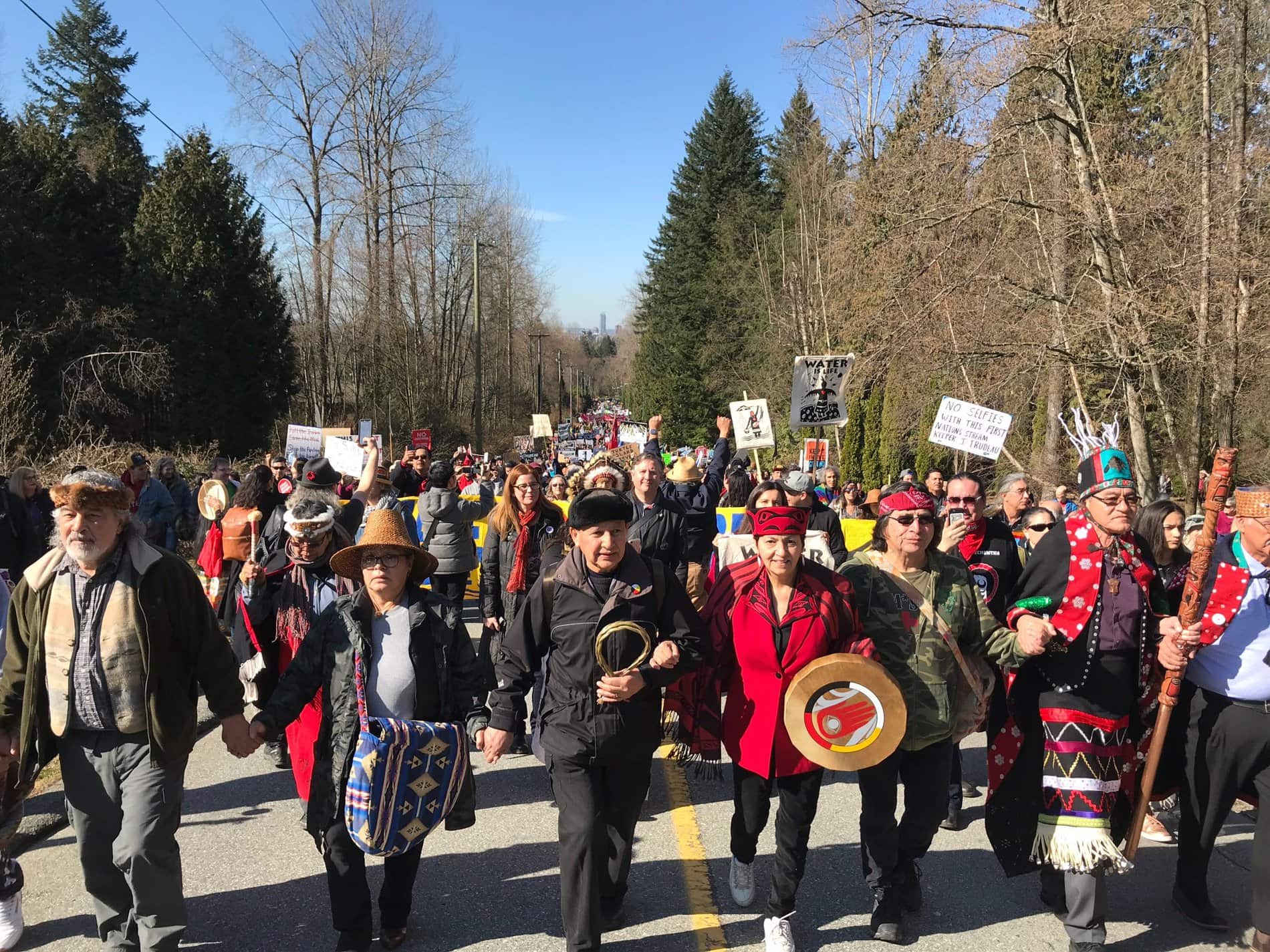 Unceded Coast Salish Territories (Vancouver, BC) – Three people arrested in August for blocking construction on the Trans Mountain pipeline and tanker project were sentenced to jail on October 2 in BC Supreme Court.

Over a dozen Protectors are expected to be handed jail sentences this month, despite a recent Federal Court of Appeal ruling that quashed approval for the project and brought construction to a halt.

“There are so many reasons that this expansion should not be built. For me, the most blatant and indisputable reason is the horrendous violation of Indigenous rights,” said Shannon, 20. “The Trans Mountain Expansion is yet another example of appalling abuse: explicitly infringing on the United Nations Declaration on the Rights of Indigenous Peoples.”

Victoria resident Jim Fidler, 68, was arrested August 20. He was sentenced to 14 days in jail. “I have grave concerns about the state of the world for my grandchildren. There are many, many issues that I have with regards to this pipeline, but it’s mainly about the world that we’re leaving for our grandchildren and their children.”

All three were immediately taken into custody following the ruling. A dozen more people, including 85-year-old Joanne Manley, will appear in court October 19 and could be handed a 14 day sentence.

More than 220 people have been arrested since March for demonstrating against the tar sands pipeline. 15 people including today’s defendants have served jail time, and around a dozen are facing up to 2 weeks in jail for their opposition to the pipeline and tanker project.