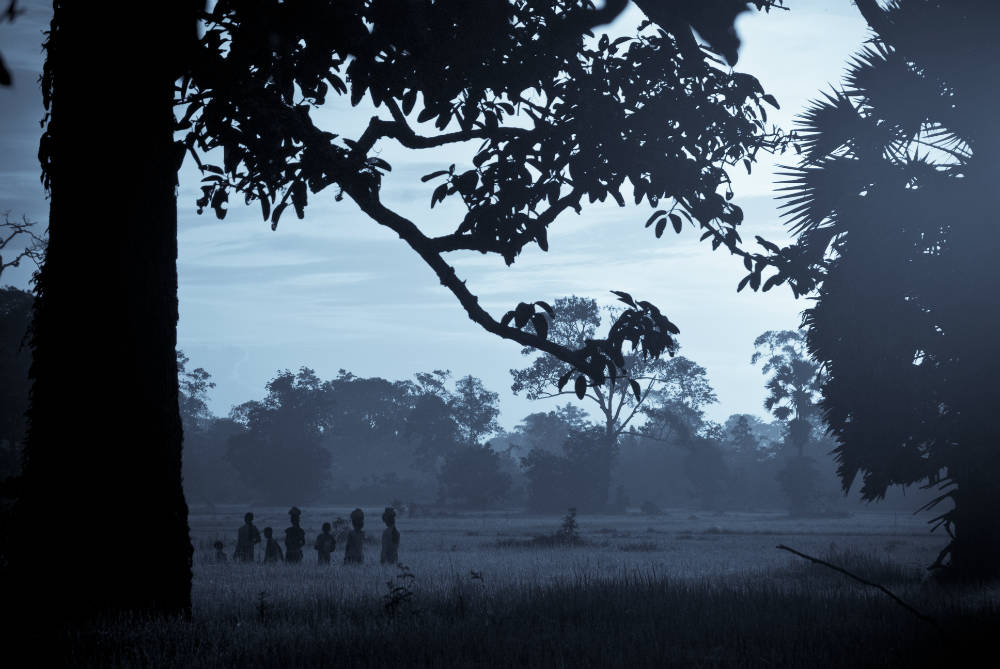 Prey Lang, ‘Our Forest’ in the indigenous Kuy language, is a precious and important example of evergreen and semi-evergreen forest. Covering 3,600 square kilometres between the Mekong and Stung Sen rivers of Cambodia, it is the last of its kind on the Indo-Chinese peninsula. It is a haven for flora and fauna, including several endangered species who rely on its healthy and fragile landscape. Furthermore, Prey Lang is of vital social and economic importance to local peoples such as the Kuy who rely on its produce for their survival and livelihoods.

In recent years, the forest has come under attack from economically focused ‘development’ initiatives seeking to exploit the forest and convert its natural abundance into currency for economic growth. Profiteering, both legal and illegal, has raised widespread concerns over the degradation of Prey Lang. With worldwide examples of how quickly natural resources can disappear it is an issue that cannot be ignored, both for the sake of the forest and for those who rely on it.

The most recent cause for alarm comes from a new government sub-decree aimed at protecting the forest. Despite its apparent benefits, however, the measure has been met with concern from Prey Lang network members who are raising questions over its authenticity as a conservational measure. 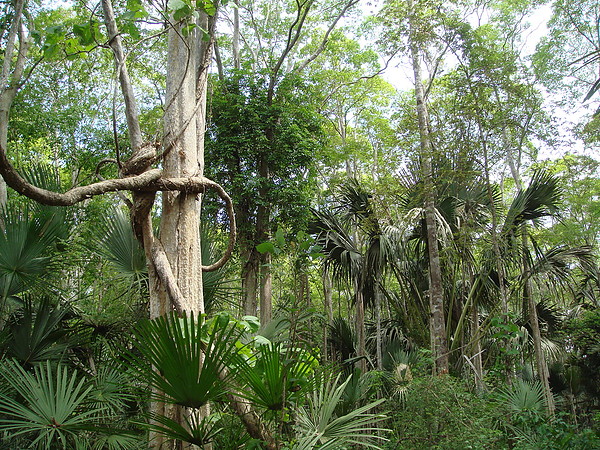 Forest of Prey Lang. Photo by Allan MichaudFor example, they cite the exclusion of a large swathe of land which could be logged as evidence of a lack of proper coverage in the decree. The network also questions a disturbing lack of ‘broad input’ as a considerable stumbling point. Indigenous peoples like the Kuy and other residents who rely on Prey Lang stand to lose certain rights of access as the result of the sub-decree which prohibits the collection of vines, roots, medicinal plants and more from the forest.

The recent sub-decree and the network’s negative response illuminates the Kuy’s situation as they stand on the front line of an ecological and social battle for Prey Lang. They have called for international backing of their campaign to protect their forest, but face more than one threat to their lands. These threats put the importance of the controversial sub-decree into perspective and highlight the magnitude of the struggle to maintain Prey Lang and the Kuy way of life. 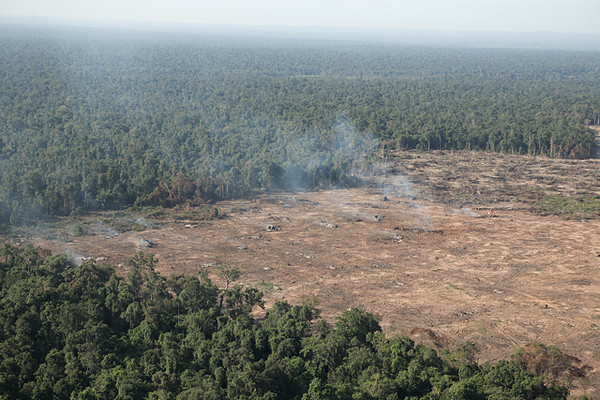 Clear Cuts in Prey Lang. Photo by Cultural Survival Logging is one such threat which poses a huge problem for social and natural conservation largely due to the vast amounts of money available in the ‘booming’ furniture market for valuable timbers such as Beng and Rosewood. Many believe the authorities are not doing enough to stem this illegal trade in a disseminated system where local forces are obliged to take the initiative due to the vastness of Prey Lang. Reports suggest that law enforcement officers are receiving up to one thousand dollars per cubic metre of valuable wood if they are willing to turn a blind eye to illegal operations within their jurisdictions. Given that the average gross national income per capita per year in Cambodia was six hundred and fifty dollars in 2009, the bribes that criminal logging companies offer are likely behind allegations of ‘rampant corruption.’

Prey Lang has also been subject to economic land concessions in which companies have been permitted to clear large swathes of pristine forest for industries such as rubber extraction. Road building is also contributing to direct and indirect forest loss as trees are being felled to create roads which then provide access to previously untouchable areas. This is compounded by internal migrations in which the local populations are being forced out of traditionally-inhabited lands and into the forest’s peripheral zone. There are many such instances where the social and environmental impacts overlap, sometimes with disastrous consequences. And without proper governmental backing in the form of a comprehensive conservation programme–on top of these and other threats to their forest–the Kuy and those who stand with them face staunch opposition to their claims to lands which they have relied on for thousands of years. 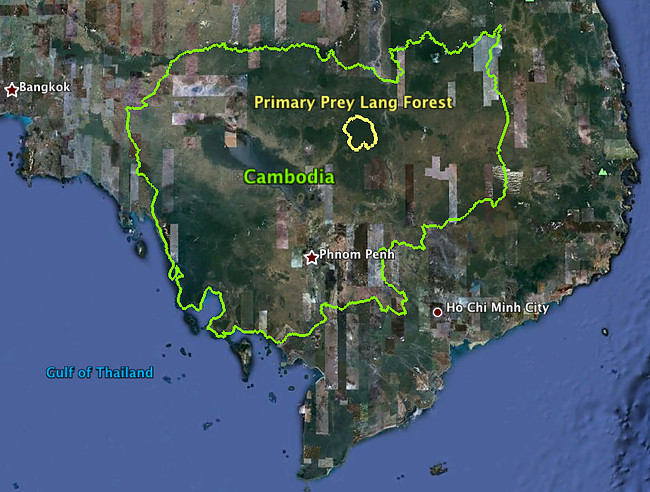 Location of Prey Lang Forest, Cambodia. Map by Cultural SurvivalYet there is hope for Prey Lang and its people. Even though the Cambodian government appears intent on expanding the boundaries of its governance deep into Prey Lang and Kuy customary land it may soon be more financially beneficial to conserve the forest rather than treat it as an inexhaustible resource to be exploited. New technologies are highlighting the importance of the world’s forests and concerns are increasing over the need for long term and sustainable approaches to the use of forest resources; Concerns that are beginning to receive financial backing.

However, such technologies and potential future forest carbon projects must not draw attention away from two important factors for the survival of Prey Lang in the present and into the future. First, in order to secure a future in which its forests could be ecologically vital and profitable, the Cambodian government must improve the clarity and consistency of its conservation measures and exercise closer control over possible sources of  corruption and criminality. The world can no longer afford to set goals in terms of decades–and if Cambodia hopes to benefit from projects of the future it must rigorously protect and conserve the very resource that would make it a candidate. Second, the people of Prey Lang must not be denied access to their forest.

The Kuy and their forest brethren know they can save Prey Lang and they know how to do it; if only Cambodia would take the necessary steps to listen to them and accommodate their needs before Prey Lang, the last of its kind, disappears to the detriment of all.