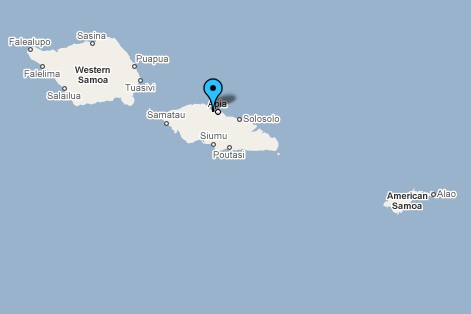 There is a tense standoff building in Samoa that “is likely to escalate into a violent confrontation if it is not resolved soon,” reports the Samoa Observer.

The Samoan government wants to remove a hedge fence that traces along the village of Lepea’s Malae – a sacred, traditional burial ground – so that it can expand the width of an existing road.

The Lepea village council is vehemently opposed to the plan, and have been so since it was first proposed more than two years ago. The council says they will not allow any part of the grounds to be used for the road.

Two weeks ago, Minister Fiame Naomi, from the Ministry of Women, Community and Social Development, fired the village’s Mayor and Intermediary, A’i Vavao, because he failed to obtain the village’s consent for the expansion.

“Unimpressed, the village council rejected Fiame’s directive,” and told A’i to ignore the dismissal and continue on with his role as Mayor — but only for the village, says A’i. “I will not be involved again with the government… This is what my village wants and I accept it.”

One week later, the Minister sent a letter to the council, asking if they’ve reached a decision on the road plan. The council responded by restating that they will not allow any part of the grounds to be used, because the area is important for future generations, but that they could use the opposite side of the road to expand if they wanted.

The village is now waiting for a response from the government.

“At this point, what we need to keep reminding ourselves is that problems are not solved by confrontation, but through the humbling practice called dialogue,” states Mata’afa Keni Lesa, Editor of The Samoa Observer.

“Since we know that confrontation will only aggravate and destroy, its important for us all to learn to forgive, forget and practise humility.
We believe the government should step in and end this fracas once and for all. If its not, we dread the day the project is scheduled to begin in Lepea.”

“Lets not forget that the Ministers and senior government officials who make these decisions will not be the ones driving the machines through Lepeas land. So lets pray that nothing nasty would happen as a result of all this.”