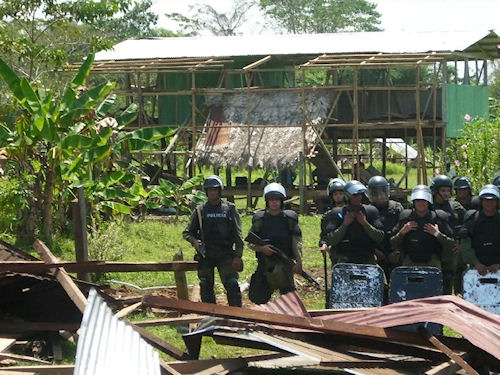 Seven days ago, a Naso village in Panama was destroyed by more than a hundred police officers.

According to an urgent appeal from Cultural Survival, as a result of the demolition “150 adults and 65 children [are now] without any kind of shelter, and 8 children were hospitalized for exposure to tear gas.”

The police were ordered to demolish the village in response to a peaceful protest by Naso and Ngöbe villagers who oppose the development of hydroelectric dams within their territory.”

Currently, five police remain on site with orders to arrest any indigenous leaders they encounter. The Naso villagers cannot leave or seek shelter because of the Police.

Details and information on what you can do to help can be found below. 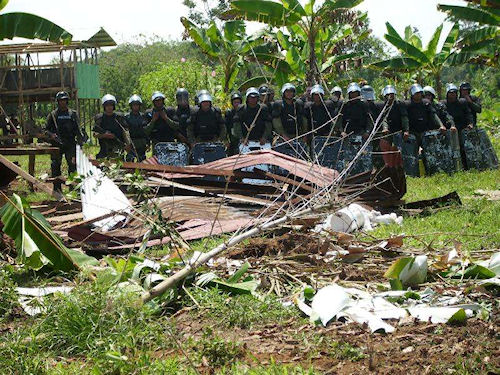 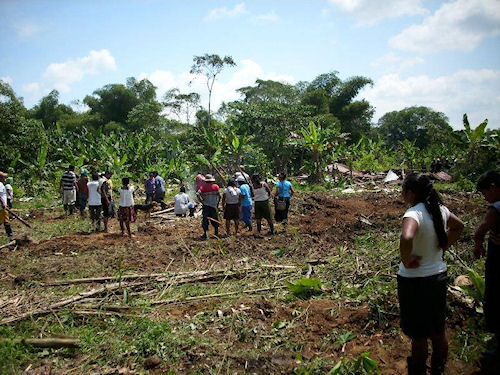 STOP THE DESTRUCTION OF NASO AND NGOBE LIVES!

We have a situation that urgently needs your help. Over the past year we have been reporting to you about the hydroelectric dams in Panama that are uprooting Ngöbe and Naso Indians, destroying their way of life, and threatening to inundate their homelands. Last Monday (March 30), the governor of the province where the dams are being built sent more than a hundred police officers in riot gear into Naso villages in response to a completely peaceful protest by Naso and Ngöbe villagers who oppose the dams.

The police, using tear gas and heavy equipment, demolished dozens of homes, a church, and the Naso cultural center in San San Durui. Five police units continue to cordon off the area, and they have orders to arrest indigenous leaders. The Naso in San San now have no shelter, food, or even a way to keep their frightened children out of the rain, and they cannot leave because of the police cordons. There are now 150 adults and 65 children without any kind of shelter, and 8 children were hospitalized for exposure to tear gas. The government will only provide the people building materials to rebuild their homes if they promise to move away from their territories, which the government considers to be “invaded lands.”

The situation for these indigenous people is dire, and they need you to help in three ways.

First, and most immediate, please contribute whatever you can afford to this Panama appeal, so that we can send immediate relief support to the Naso whose community has been shattered. Your donations will also help us pursue our ongoing legal battle on behalf of the neighboring Ngöbe, who were uprooted in the same manner sixteen months ago. Thanks to your earlier support, our case in the Inter-American Commission (IACHR) has been making steady progress and we expect a decision for the Ngöbe shortly.

Second, we need you to send a respectful letter to the Panama’s attorney general expressing your concern over the decision by the governor, Esther Mena de Chi, to use police action in the Naso communities and asking the attorney general to conduct a comprehensive investigation into the situation immediately. A sample letter can be found here.

Third, we need you to post comments on YouTube. The AES Corporation, which is building the dam threatening the Ngöbe, has posted a video on YouTube that claims their project is making the lives of Indians much better. In fact, the indigenous peoples were never involved or consulted in any plans for the dam, and the company is using unscrupulous methods to take the land and break up communities. In short, the Ngöbe are not, in any way, better off, and it would be helpful if you could post comments to that effect on the two places where AES has videos: here and here.

For more information about the Ngobe and Naso cases, please go here.

Thank you for taking these actions; you are making a huge difference in the lives of people who feel alone and powerless.