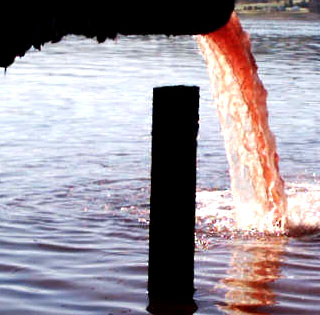 The Matanza-Riachuelo river basin, the most polluted region in Argentina, is getting some desperately needed relief thanks to a landmark decision by the National Supreme Court of Justice.

On September 10th, a caravan of inspectors from Argentina’s National Environmental Authority, the SAYDS, accompanied by 100 national guardsman and a busload of federal and local police, carried out a surprise raid on 34 companies said to be contaminating the Matanza-Riachuelo river basin in northeastern Buenos Aires.

“The crackdown, which included leather tanneries, food packing plants, vehicle junk-yards, and chemical producers, was accompanied by a court order from Federal Circuit Judge Luis Armella, and follows a recent verdict by the Supreme Court in which the River Basin Authority, a multi-jurisdictional body headed by the SAYDS and tasked with the river clean-up program, must inspect the totality of companies contaminating the basin,” explains a recent report from the Center for Human Rights and Environment (CEDHA).

“Of the 34 inspections, two companies, a meat packing facility and a leather tannery, were immediately ordered shut due to findings of infraganti violations of the environmental code, including direct toxic spillages into water ways, and improper citing of facilities in floodlands, placing the lives and health of workers and the community in danger,” the report continues.

“Judge Armella extended the court order to the Environment Secretary, Romina Picolotti, to intercede in 6 municipalities of the basin, following her request to intervene a list of renegade companies that refused to allow SAYDS inspectors on their premises. The SAYDS recently informed the court that they had identified at least 4,103 companies that released toxins into the river system with absolutely no treatment. Judge Armella accompanied the task force in the raid.”

The Matanza-Riachuelo watershed has been polluted since the 19th century, but the level of contamination has turned critical over the last few decades.

In 2004 a group of local residents took action, by filing a lawsuit against the national, provincial and city governments, and 44 companies for their contamination of the region.

Regarded as a landmark decision in the history of Latin American Environmental law, the Supreme court resolved to protect “the collective good,” stating, “The improvement or degradation of the environment benefits or harms the entire population because it is a good that belongs to society […] From this derives the particular energy with which judges should act to make effective the constitutional mandate to guarantee the right to a healthy environment.”