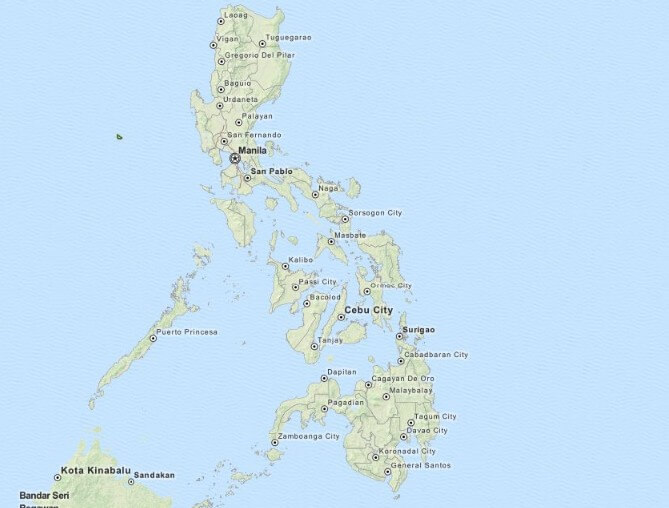 Speaking to reporters May 14 from an undisclosed location somewhere in the mountains of Talaingod, Davao del Norte province, on the southern Philippine island of Mindanao, a group of traditional indigenous elders, or datu, said: “We want peace here in Talaingod. But if they take away our land, we will fight. We will fight with our native weapons.” The group was led by Datu Guibang Apoga, who has been a fugitive from the law since 1994, when he led a resistance movement of the Manobo indigenous people against timber and mineral interests, fighting company personnel and security forces with bows and arrows and spears. Wearing their traditional outfits, the tribal leaders threatened to return to arms unless the Philippine government demilitarizes their lands and respects Manobo territorial rights.

Throughout April, the Philippine army’s 10th Infantry Division carried out operations in Talaingod municipality, including aerial bombardment, supposedly against guerillas of the New People’s Army (NPA). But leaders of the Manobo and other Lumads, as the indigenous peoples of Mindanao are collectively known, say the military operation was actually aimed at intimidating the local populace to allow resource exploitation in the territory. At least 1,300 fled their homes during the offensive, to shelters that were established in Davao City and elsewhere. At the end of April, the army agreed to withdraw its forces to allow the displaced families to return. “We will go home if there will be no more military personnel in our farmland,” said Manobo leader Datu Doloman Dawsay from Davao City. (InterAksyon, May 17; Pinoy Weekly, UCA News, May 16; PIA, May 2; Davao Today, April 30)

Indigenous peoples are facing similar pressures in the Cordillera region of the northern island of Luzon. Under pressure from the Cordillera Human Rights Alliance (CHRA), police in Abra province have pledged a thorough investigation on the massacre of a local family of the Binongan people’s Ligiw clan. Licuben Ligiw and his two sons were reported missing by their family on March 6. Their remains were found the following day, bound and gagged in a shallow grave near their hut at Baay-Licuan village. The CHRA insists the investigation must extend to the military, as the army’s 41st Infantry Battalion was conducting operations in the area when the Ligiws were last sighted. The operations were part of the “Oplan Bayanihan” counterinsurgency program against local NPA forces. (Sun Star, March 11)

An investigation is also underway in the Cordillera province of Ifugao into the March 25 slaying of human rights worker William Bugatti. Ifugao Gov. Dennis Habawel has condemned Bugatti’s murder as a “dastardly and cowardly act,” but rights groups protest that no suspects have yet been identified in the case. Ina Dolores Pacliw, chair of the Ifugao Peasant Movement, for which Bugatti worked, said: “We demand justice for Bugatti. We urge an impartial and competent investigation of the case. We will not stop in our call until we see the perpetrators brought to the bar of justice.”

Bugatti, a member of the Tuwali indigenous people, was shot three times in a road ambush while on his way home to his village of Bolog in Kiangan municipality. According to the Regional Council of the Cordillera Human Rights Alliance-KARAPATAN, Bugatti had been on a list of 28 “target personalities” apparently drawn up by the army’s 86th Infantry Battalion. In the list, he was described as “utak ng NPA,” or “brains” of the local guerillas. (InterAksyon, May 3; Asian Human Rights Commission, April 23; UNPO, March 27)