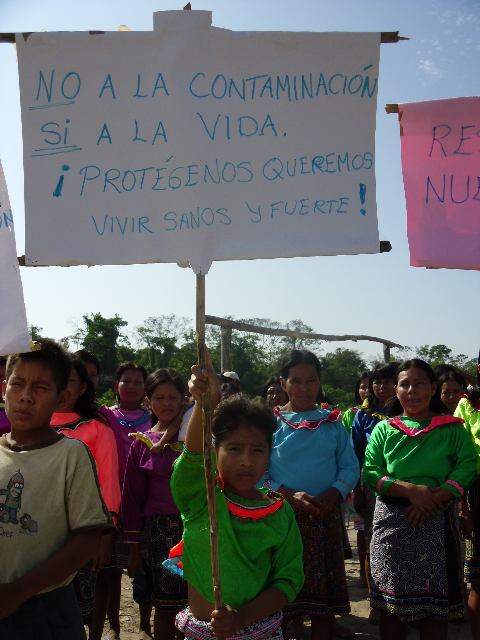 After spending four days with the Shipibo villages of Canaán de Cachiyacu and Nuevo Sucre, the recently formed commission agreed with the Shipibo’s long-standing complaints that Maple Energy is negatively impacting their lands and failing to properly remediate their oil spills.

“During site visits to the community streams and Maple’s oil fields, the commission confirmed the presence of vegetation ‘impregnated’ with crude, nearly two months after the most recent spill,” says the Accountability Counsel, a California-based organization that’s working with the two Shipibo communities. “Government experts also observed poor maintenance on the Maquia oil field, noting probable contamination from crude residue and waste products that drain into the community’s creeks with every rain.”

A doctor from the Peruvian National Institute of Health, after reviewing available health records from the two communities, further “noted high levels of digestive, skin and vision problems immediately following the July 2011 spill in Nuevo Sucre.”

The Shipibo only learned about the July spill after some children, who were bathing on the banks of the Mashiria River, saw some oil floating on the water. Maple Energy didn’t tell anyone that one of their pipelines had ruptured. 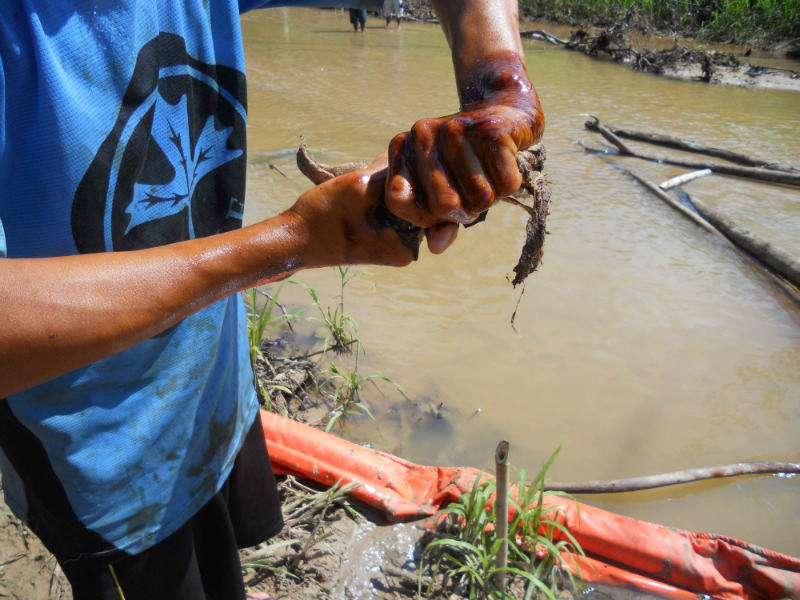 To make matters even worse, the company, which is backed by the World Bank’s International Finance Corporation (IFC), then hired 32 villagers to clean up the toxic mess without any protective equipment. “Maple further refused to provide villagers with potable water and food after contaminating their primary source of water and fish,” adds the Accountability Counsel.

The spill and the events that surround it, actually took place while Maple Energy was negotiating with the Shipibo over the impacts of five other oil spills on Shipibo lands. The Shipibo ultimately terminated those negotiations, on August 11, after it became clear that Maple Energy wasn’t acting in good faith or willing to take responsibility for any of the spills.

“Maple is expanding their business all over Peru and has denied responsibility for the contamination for many years, but now, under the new President Ollanta Humala, the Peruvian government is paying attention and is addressing Maple’s abuses for the first time. This is historic and incredibly significant for the two indigenous Shipibo communities that have been living with the consequences of Maple’s activities for years,” says the Accountability Counsel.

“We hope for a prompt response from the government of President Humala,” says Raul Tuesta, chief of Nuevo Sucre. “We feel they have a willingness and interest in ensuring that companies comply with the laws of this country.”

According to the Accountability Counsel, the government commission has agreed to carry out an in-depth evaluation of the Shipibo’s concerns and “Take the necessary steps to ensure transparency of documents and information, and coordinate with local and regional governments to improve development efforts in the communities.”

At the moment it’s not clear if that will include remediation efforts, health assistance, or any kind of compensation for the damage and suffering the Maple Energy has caused.