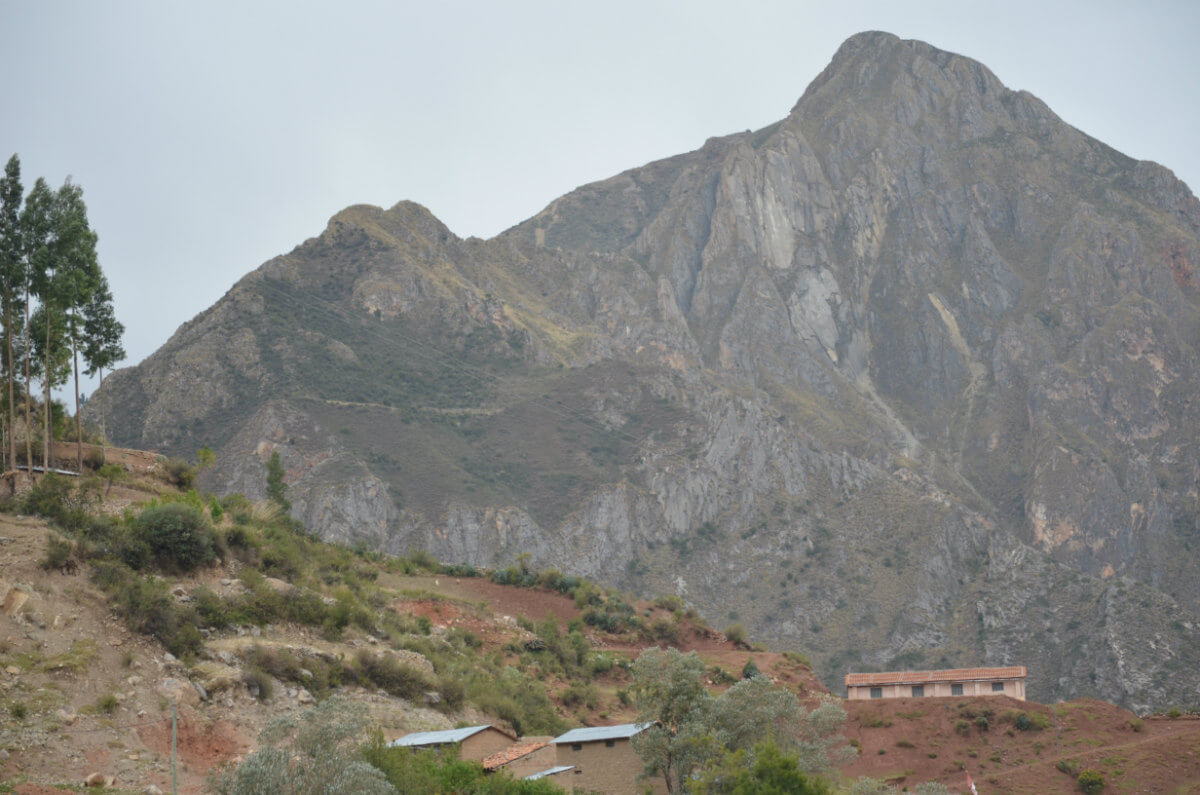 The Quechua community of Paras located in the high Peruvian Andes (Photo: Robin Llewellyn)
Support our journalism. Become a Patron!

Peru is facing a wave of environmental conflicts as extractive industries expand into land whose ownership remains legally unclear and a new report by Global Witness highlights how this process will become potentially bloodier through laws recently passed in Lima.

The report “Peru’s Deadly Environment” states that 57 environmental defenders have been killed since 2002 with 60% of these occurring in the last four years, and that Indigenous Peoples have been among the most exposed to the new violence. Global Witness found that that “80% of all killings of environmental and land activists in Peru between 2002 and 2013 stemmed from local opposition to extractive projects” while Peru’s Human Rights Ombudsman documented “1935 social conflicts generated by opposition to mining projects over the period 2006 to 2014.”

The vast majority of mineral deposits are located on or near Indigenous lands, and logging activities in Peru’s Amazon have also seen Indigenous activists murdered, including Edwin Chota, the campaigning mayor of the Ashéninka community of Saweto in September this year. Global Witness reports that the murder of Chota and three of his companions was symptomatic of “The government’s failure to recognize Indigenous claims to their traditional lands, an issue Chota and other Indigenous leaders campaigned on for more than a decade”, as well as “Poor law enforcement and pervasive corruption that is allowing illegal logging to thrive in the Peruvian Amazon; and the gaps in institutional capacity and resources to adequately address these problems.”

Pointing to a common theme, Equal Times noted on news of Chota’s death: “Official recognition of the Saweto Indigenous community came in 2003, a year after a section of their land was given to a logging company for 40 years. The logging had ‘priority’, although the government committed to study and solve the case.”

In mountainous areas affected by insecure titles, many Indigenous activists are working to emphasize the common benefits of collective land titles, arguing that it places the community in a far stronger position to negotiate with mining companies. The Quechua community of Paras is located over 3300m above sea level in the High Andes of Ayacucho province, Peru. Like other mountain regions, Ayacucho is increasingly becoming a focus of mining companies eager to exploit a region that’s rich in mineral resources long un-exploitable due to the insurgency by Shining Path guerrillas.

In the face of concentration in land ownership and the prevalence in Peru of development theories based on the benefits of private ownership such as those of the Lima-based Institute for Liberty and Democracy, activists like Tania Pariona Tarqui spoke to the farmers of Paras concerning the impacts that open cast mining has had on the peace and livelihoods of Indigenous communities across the Americas. The poisoning of land, the violence and communal fracturing associated with the Marlin Mine in Guatemala served as a warning, she said, to Indigenous communities not securing collective title of their land. 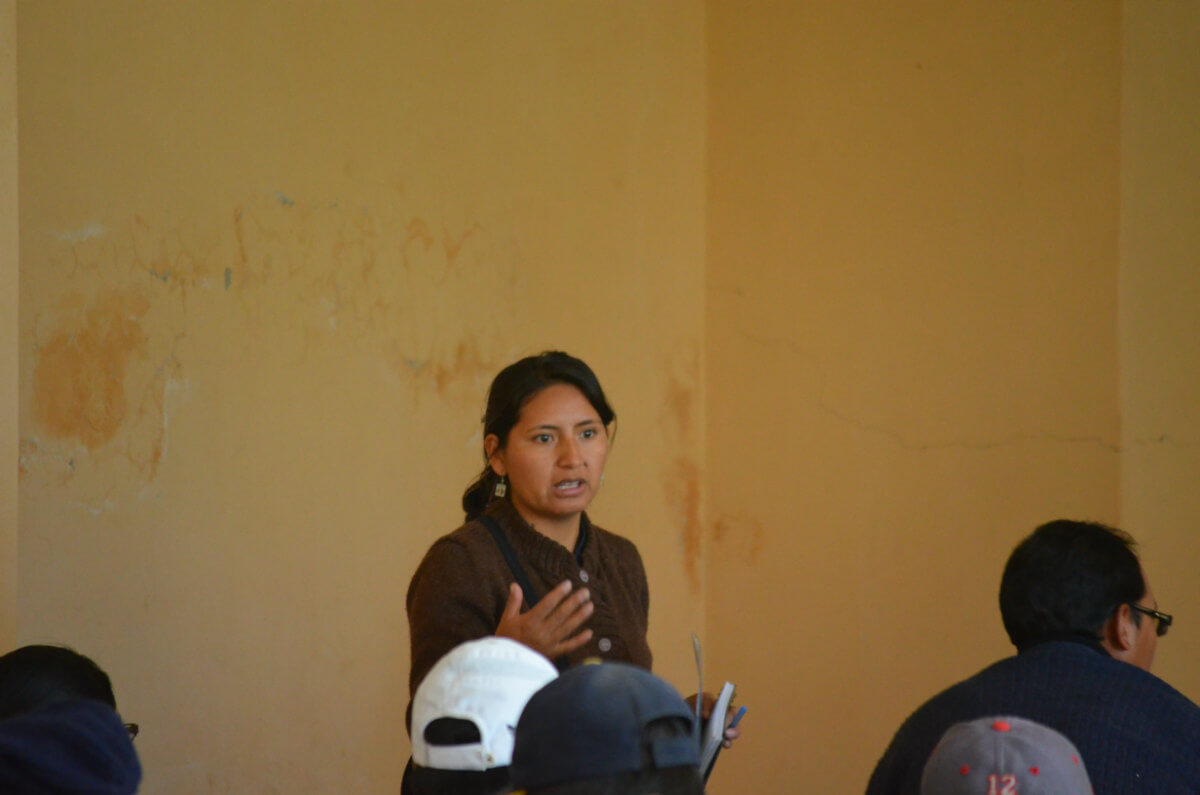 Paby Cáceres Vargas of Ayacucho’s Defensoría del Pueblo also attended the meeting, describing the rights of Indigenous peoples under international law and in the Peruvian constitution. “The problem”, he said later, “is the implementation of such rights. The backlog of land ownership cases still to be processed and the slow pace of land titling are staggering.” 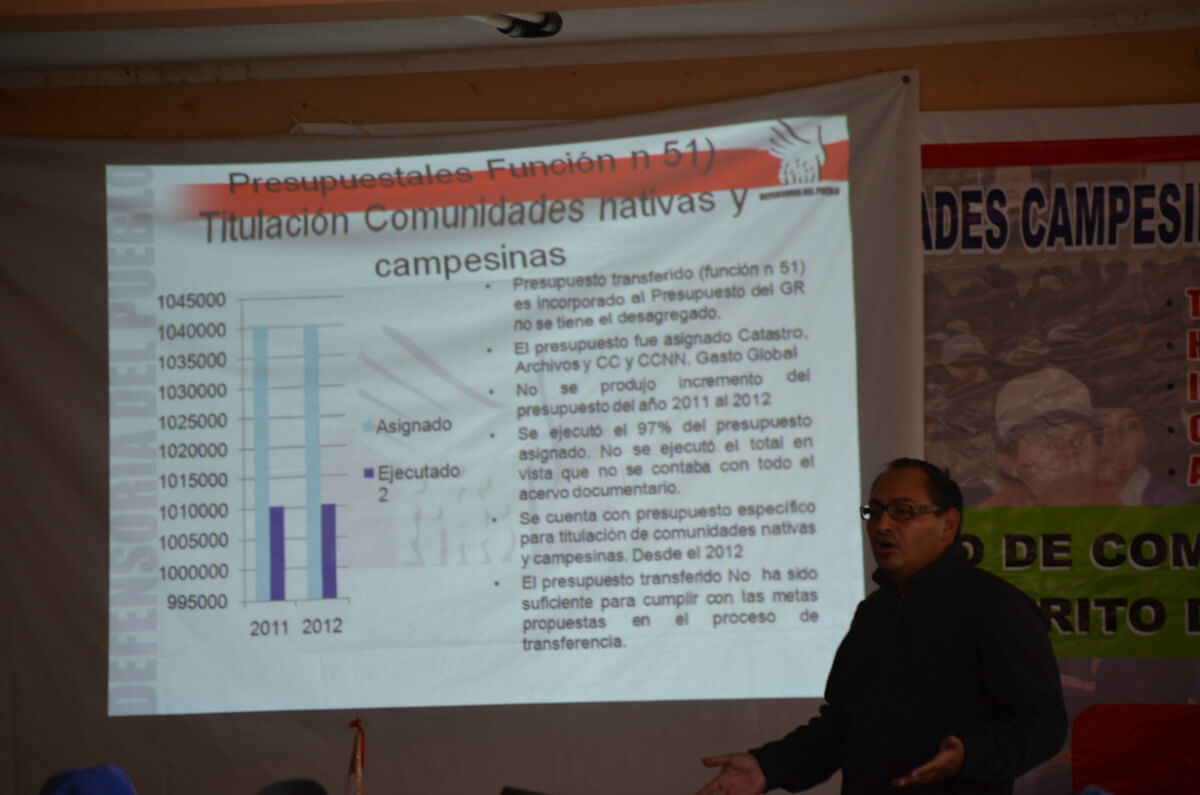 The same challenge faced Edwin Chota in the territory around the Upper Tamaya River in the Peruvian Amazon—an issue that will be highlighted when Peru hosts the World Climate Change Conference next month. Global Witness’s report reveals that “Deforestation in Peru accounts for almost half its greenhouse gas emissions, with the rate of destruction more than doubling between 2011 and 2012 to 246,000 ha annually”. The report also quotes recent research by the World Resources Institute showing that Indigenous land rights has proven to be one of the most effective ways to curb deforestation and cut carbon emissions.

The Peruvian government has proceeded to undermine such rights not only through failing to provide the resources necessary for proceeding with pace in providing titles, but passing new legislation – Law 30230 – that weakens environmental and social protections in a bid to encourage further investment in logging and mining. According to La Campaña Territorios Seguros para las Comunidades del Perú, Indigenous communities lacking irrefutable proof of their property rights stand to lose most from the new legislation.

Law 30151, passed in January this year, exempted the Police and military from criminal responsibility if they kill protestors while on duty. The law fits a pattern, according to Front Line Defenders, of the security services being used as a legally immune private security force for extractive industries, resulting in the criminalization and victimization of Indigenous and environmental activists.