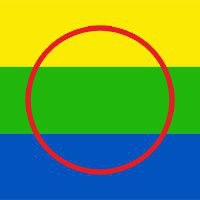 PEGUIS FIRST NATION, MANITOBA – Peguis First Nation, together with cottagers, property owners, and Fisher River First Nation, are blocking the road into Washow Peninsula Tuesday April 16, 2013. Berger Peat Moss Ltd ignored provisions in its environment licences for a new peat mine, and is clearing forests and road building. Their clearing and road building should not happen before the required plant study and inventory, including for medicinal plants.

Despite a moratorium on new peat mines put in place June 2011 this peat mine was licensed in summer 2011. Despite many months of formal appeals of the license, and community consultations by First Nations affected by the mine proposal, new licences were issued at the end of February.

Berger Peat Moss may ignore or breach its licence further. The Washow Peninsula is a ‘kidney’ for Lake Winnipeg, and provides moose habitat, medicinal plants, and a range of tourism opportunities.

No notification, or consultation by the Manitoba government with affected First Nation occurred before the leases for the mine or the license for the mine.

The Washow Peninsula is situated within the Treaty Land Entitlement notice area for Peguis First Nation, and is a shared traditional use area for both First Nations.

“We have taken every step with the Manitoba government in good faith. This peat mine, and the others intended for the Peninsula, are not right. Our First Nations, and our supporters know we need a real peat mine moratorium in Manitoba. Berger talks one way and acts another way. It is time for some respect for our lands and waters from the company and the government.”