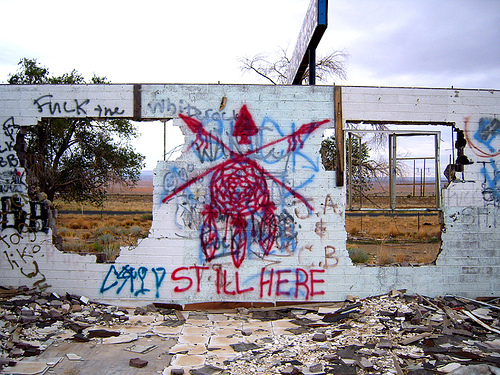 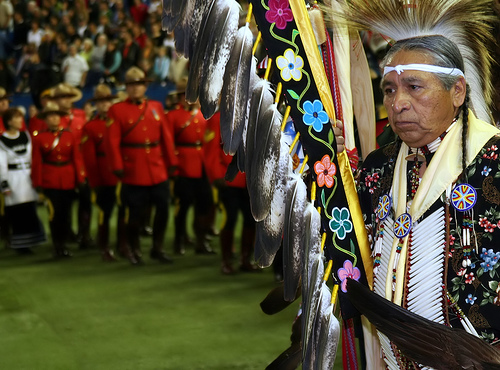 In recent years, the Peguis First Nation, a community of 7,200 in northern Manitoba, has been faced with a drug abuse epidemic. Hard drugs like crack and crystal meth have proliferated on the reserve; bringing with it prostitution, gangs, weapons, and break-ins so frequent that some people are afraid to leave their homes.

Last fall Peguis took a big step to start addressing the problem, or at least the immediate one. The northern community opted to enact a bylaw that stipulates banishment as a penalty for anyone caught dealing drugs, and that requires all band members to pass a drug-screening test.

Earlier this month, Matthew Little of the Epoch times interviewed Garry Sinclair, the drug prevention coordinator for Peguis First Nation. Sinclair says the bylaw’s working good so far — “drug dealers have stopped plying their wares boldly in the open as they once did and crack users no longer smoke where kids can easily see them. Break-ins are also down.”

This is certainly something worth applauding. Especially since there are so many First Nations suffering from the same epidemic — one where youths and adults are feeling so dislocated, so excluded, so isolated that they are turning to dangerous narcotics, prescription medications and substances like glue, alcohol and gasoline to break away from the pain they feel.

Canada, however, is not one of them. In fact, through Northern and Indian Affairs (INAC), Canada says Peguis’ bylaw is illegal and must be struck down.

Why, you ask? Well, according to the drudgingly archaic piece of legislation known as the Indian Act, First Nations aren’t “legally” allowed to pass bylaws without first getting INAC’s approval. Further, a bylaw cannot be approved if it contradicts Canada’s criminal code. Peguis’ bylaw does just that by listing banishment as a punishment for offenders.

Canada doesn’t seem to care that banishment is an historical, culturally significant punishment for most Indigenous Nations in the Western hemisphere. To be shunned from your community was about the worst thing that could happen to a person in the old days. It’s the same today, even if the offender is already suffering from internal displacement.

But, who cares! Canada doesn’t agree with it, so it’s illegal.

As always, it’s a question of Sovereignty

Reminiscent of the appalling interference at Barrier lake, once again INAC categorically denies the Sovereignty rights of Indigenous People, choosing instead to relegate and then manage them as sub-Canadian citizens.

This probably shouldn’t come as a surprise, but perhaps that’s what Peguis gets for trying to do the right thing for their people: an effective order by the colonial state of Canada to continue suffering.

In any case, and thankfully so, Peguis has decided not to accept INAC’s orders. Instead they’re trying to work around them by writing their own policies that effect the same goal… of improving the health and safety of their people.

In the climate of social, political, economic, and cultural subjugation that Peguis finds itself in, like all other indigenous Nations in Canada, what else can they do but take matters into their own hands? Then shun the wannabe rulers and do the right thing?

If Indigenous Nations are sovereign Nations, then they must do exactly that. That’s not to say we should become vigilantes or some such non-sense, but rather that we stop bending on wounded knee as Canadian subjects, and start using our own wisdom and strengths to make our lives better.

The Peguis First Nation is doing just that.

It would be the greatest thing in the world to see other indigenous nations doing the same.