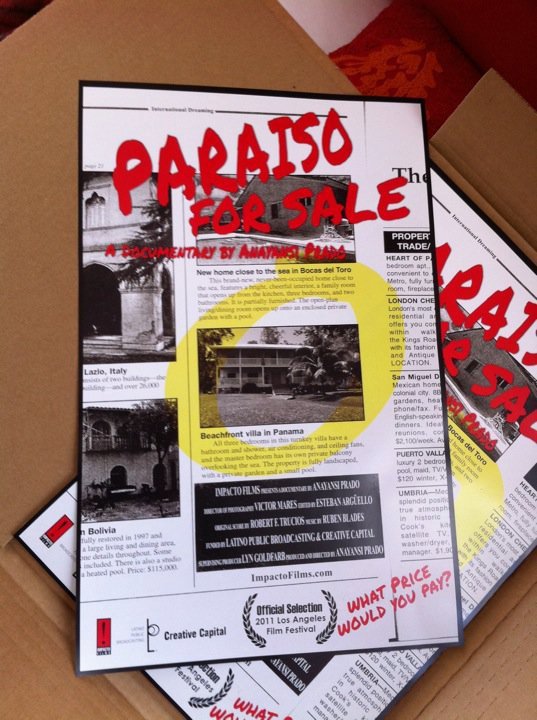 What price would you pay for paradise? And who would you be willing to take it from? PARADISE FOR SALE takes a look at the fast-growing migration of American retirees and developers to Bocas del Toro, Panama; and the effect it is having on a local Ngobe community. Through the film, we learn that the migration between Latin America and the US isn’t just a one way street.

SYNOPSIS
What price would you pay for paradise? And who would you be willing to take it from? Panama is one of the most sought after real estate destinations in the world. The archipelago of Bocas del Toro, a gem hidden away in the Caribbean side of Panama, attracts retirees and developers from the US with its crystal clear waters and luscious trees.

Filmmaker Anayansi Prado returns to her homeland to document the effects the fast-growing migration of American retirees and developers to Bocas del Toro is having on the local community. Feliciano, a Ngobe Bugle indigenous leader, organizes his people in an effort to protect their land from the government and foreign developers. Local boatsman Dario runs for Mayor with the hopes of bringing change to development in Bocas del Toro. American retiree couple Karan and Willy spent their life savings on their dream home in paradise, only to pay the real price for it later.

PARAISO FOR SALE explores issues of modern day colonialism, residential tourism, global gentrification and reverse migration as it reveals that immigration between Latin America and the US is not just a one-way street.