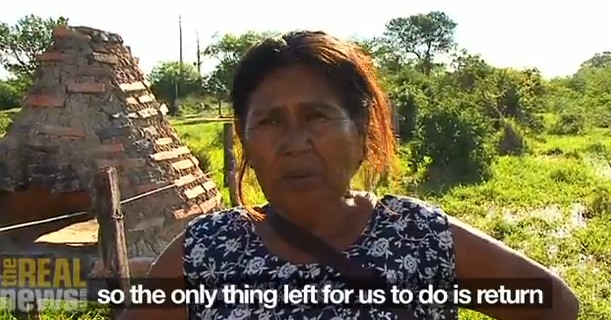 Indigenous families in Paraguay have been living precariously on the side of a highway in Paraguay’s remote Chaco region for more than 20 years, ever since a German cattle rancher and the Paraguayan state illegally kicked them off of their ancestral lands. A 2006 Inter-American Human Rights Court ruling held the Paraguayan state responsible for returning roughly 14,000 hectares to the community Sawhoyamaxa, a small fraction of their original territories. After pursuing every legal means possible and even blocking the highway in protest to no avail, the community decided in March 2013 to take matters into their own hands and reoccupy their lands. Real News reports.