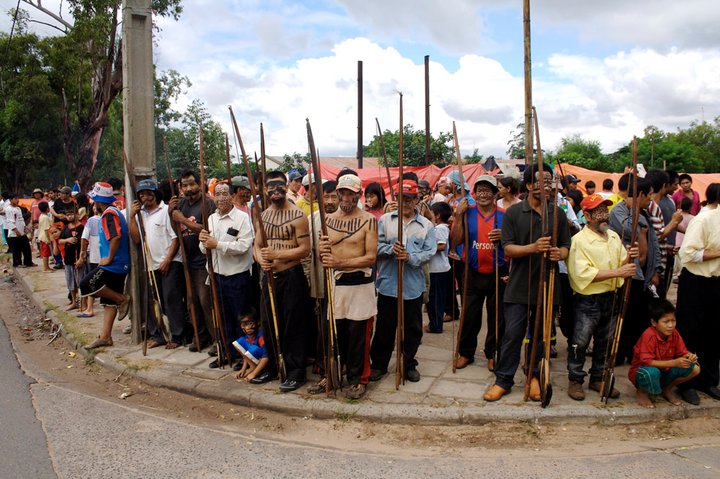 The Aché community of Kue Tuvy reports that peasant groups are now attempting to seize portions of their ancestral lands in northeastern Paraguay. According to the community, the peasant groups are also engaging in illegal logging activities and they are threatening to kill any Aché who try to stop it. Journalists who have attempted to cover the story on the ground have also been threatened.

This should be a time of celebration for the Aché community. Just four weeks ago, the Paraguayan government honored its word by transferring some 4600 acres of the Aché’s traditional territory back to its people. In 2011, the government agreed to recognize the Ache’s land rights to “Finca 470”, an area that’s located inside the UNESCO Bosque Mbaracayú Biosphere Reserve. However, the government at that time refused to do any more.

In exchange for last month’s transfer, the Aché people pledged to preserve the region’s biodiversity, though it’s something they’ve always done as a matter of course. Even throughout the ten years of negotiations with the government, the Ache actively defended their territory from speculators, illegal loggers and landless people who wanted the land for themselves.

Unfortunately, ever since the transfer took place, many peasant groups have begun working harder than ever to claim Ache lands. As reported by Eduardo Avila at Global Voices Online, the groups have started constructing settlements in hopes of being awarded the land. They are also taking part in illegal logging activities, as made evident by these photos at the Ache community’s blog, Aché djawu. 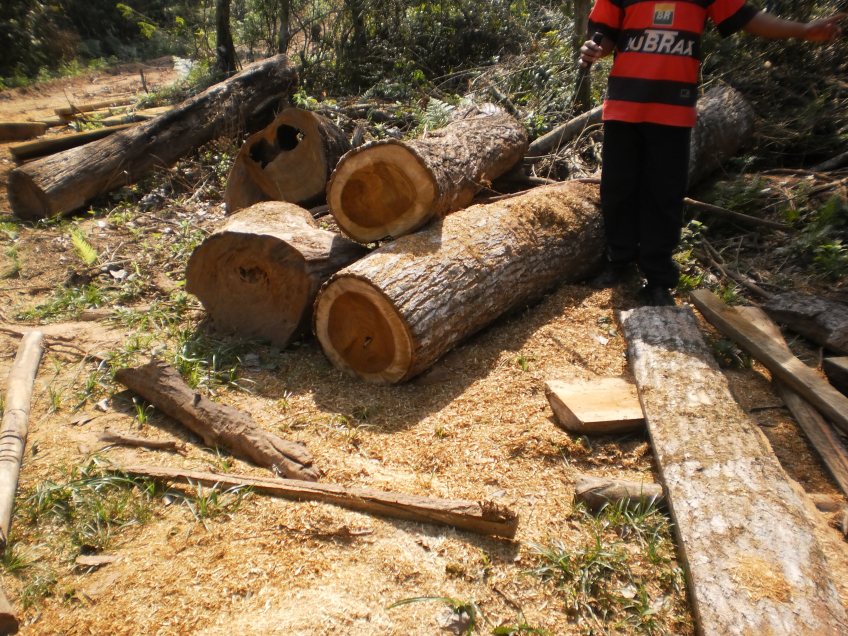 Most recently, a Kue Tuvy community leader Margarita Mbywangi, received a threatening phone call saying that if any young Aché men go out onto the land they would be killed. Her son, Mbekrorongi, publicly denounces this threat on the group blog:

Yesterday (August 15) at 19:30 hours, while our leader Margarita Mbywangi was resting at her house, she received a death threat on her mobile phone from a man, who identified himself as a peasant. He told our leader Margarita that if the young men would come close to them while hunting, that they would be killed. Margarita is saddened by this call while our authorities do nothing.

In response to these threats, “Members of the six Aché communities across Paraguay are coming together in solidarity asking government officials to enforce the removal of these peasant groups from the lands that now rightly belong to the Aché people,” says Eduardo Avila. “They hope that they can resume the celebrations that were scheduled to take place in commemoration of the historical awarding of the land titles.”

More news and updates (in Spanish) are available at: