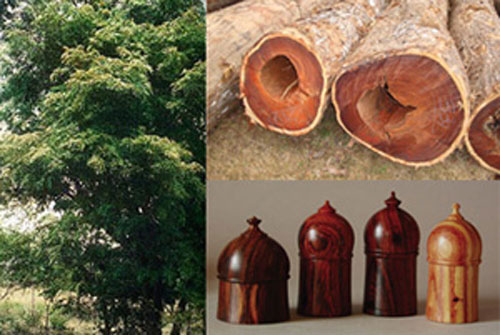 Two people have died and three others are injured following a confrontation (es) between indigenous peoples and loggers in Panama.

The conflict began on March 30, when a group of Wounaan attempted to burn logging equipment that was being used by a group of loggers working for Maderera company to cut Cocobolo timber, a type of rosewood that’s prized around the world.

Details of the attack are still limited, but according to recent testimony (es), one of the loggers began firing a weapon at the Wounaan leader Aquilino Opúa was gravely injured during the attack.

The injured leader, it was said, walked through the mountains for at least an hour before making it back to his community, where he soon passed on. The enraged community quickly mobilized to confront the loggers. Upon their arrival, a second melee followed, which resulted in the death of Ezequiel Batista, one of the tractor drivers.

At least three other Wounaan were injured during the two confrontations.

Prior to these events, Wounaan leaders had issued an ultimatum, giving the Panamanian government until April 19 to issue collective titles to their lands as guaranteed by Law 72 of 2008. They also demanded the complete removal of all settlers in the Chiman zone (who had already clashed with the Wounaan on two other occasions this year) and the end of all indiscriminate logging in the area.

“We demand the government to remove the settlers of our land and take responsibility for what happens, because we are willing to defend our land with blood,” said Edilberto Dogirama, president of the Embera-Wounaan General Congress.

Panama’s National Environmental Authority (ANAM) had then suspended all logging permits for two weeks to avoid any conflicts in the region. It had also ordered an eviction of all persons involved in the timber industry.

At least one logging group–that is, company–did not comply with the official order.

Javier Tejeira, Deputy Minister of Government, yesterday said that Police carried out a weekend raid to evict the remaining loggers.

An inquiry into these events is currently onoging. So far, no arrests have been made.