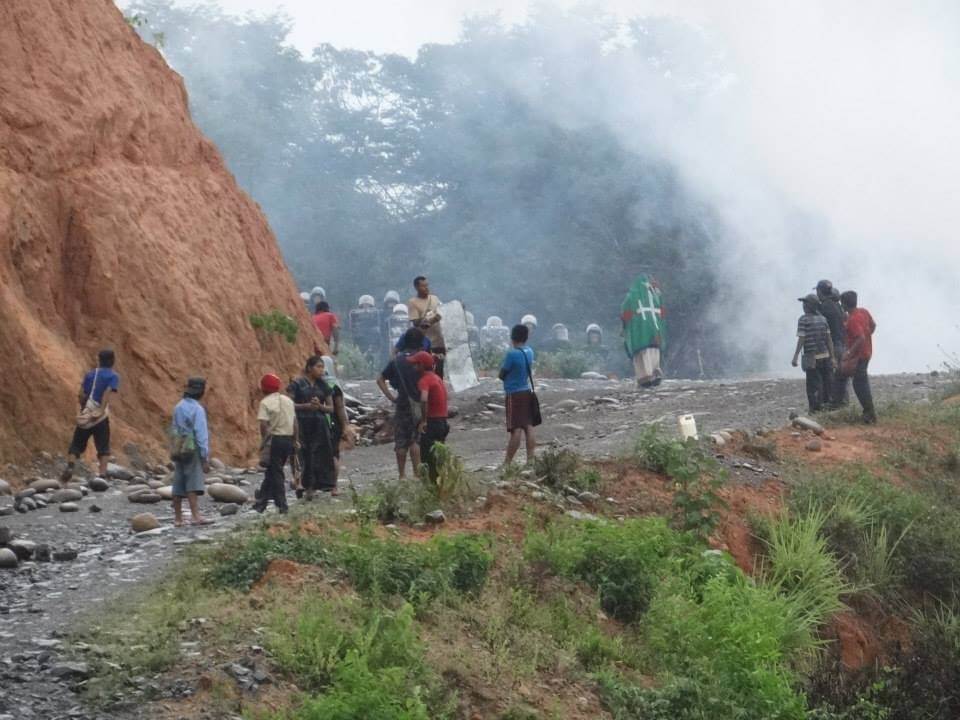 At least seven indigenous Ngäbe activists have been injured after police attacked their protest camps in the early hours of Friday 25 April.

The banks of the Tabasará river in western Panama are today the scene of sporadic skirmishes between armed riot troops, reported to number 200, and groups of protesters united against the infamous Barro Blanco hydroelectric dam. 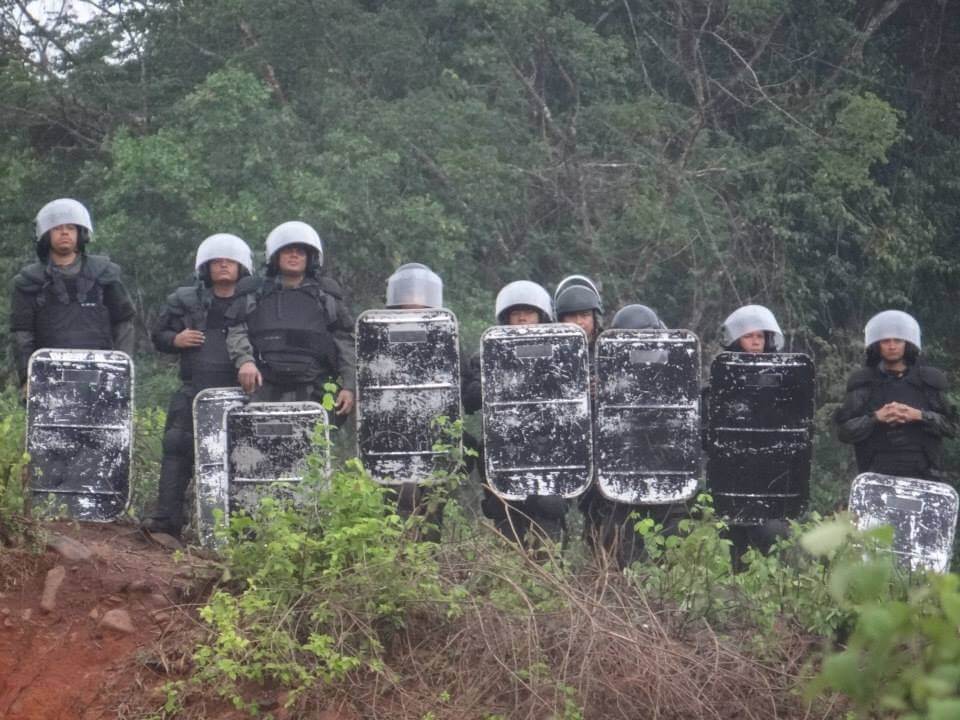 The conflict has been brewing for months. Thousands of indigenous and campesino inhabitants rely upon the Tabasará for their livelihood and are set to be disastrously impacted by the project, widely regarded as improperly consulted and unlawful. Its reservoir is expected to inundate communities, destroy cultural centres, submerge archaeological sites, wash away fertile farming grounds, and completely exterminate the river’s migratory fish species. 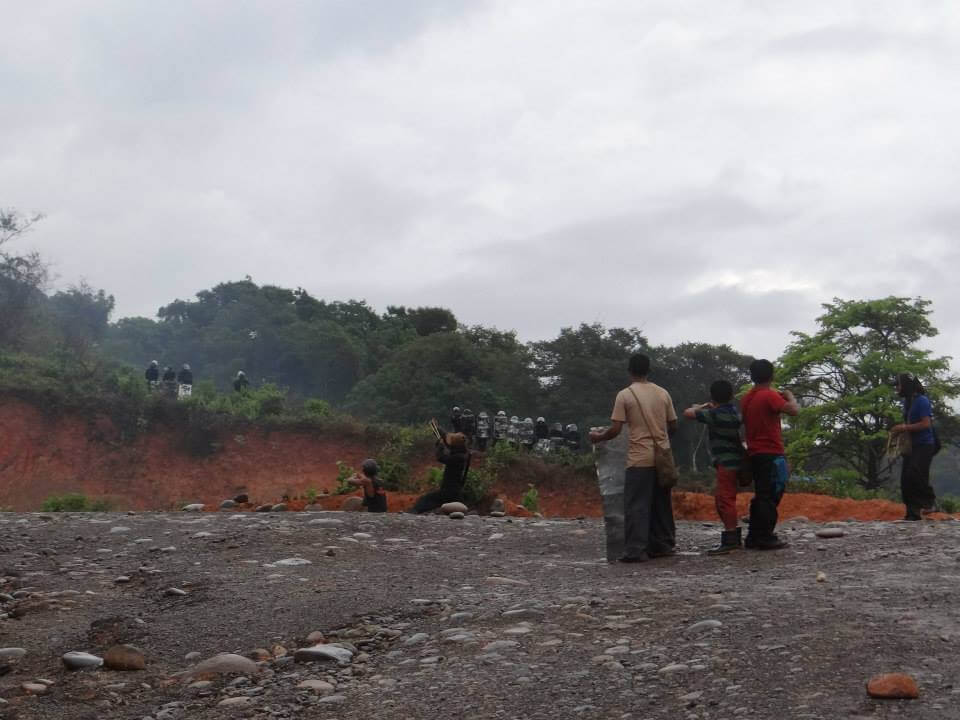 The move to dislodge the Ngäbe, who for months were peacefully camped on the riverbank near their communities in the Comarca Ngäbe-Buglé, was widely anticipated after their supreme court claim was rejected last week.

Speaking to El Nacional newspaper, Mara Rivera, a spokesman for Panama’s national police, insisted ‘only tear gas’ had been used to disperse the camps. However, the Ngäbe themselves claim to have been fired upon with rubber bullets. They say one protester, Julio Carpintero, sustained serious injuries after he was shot in the face. 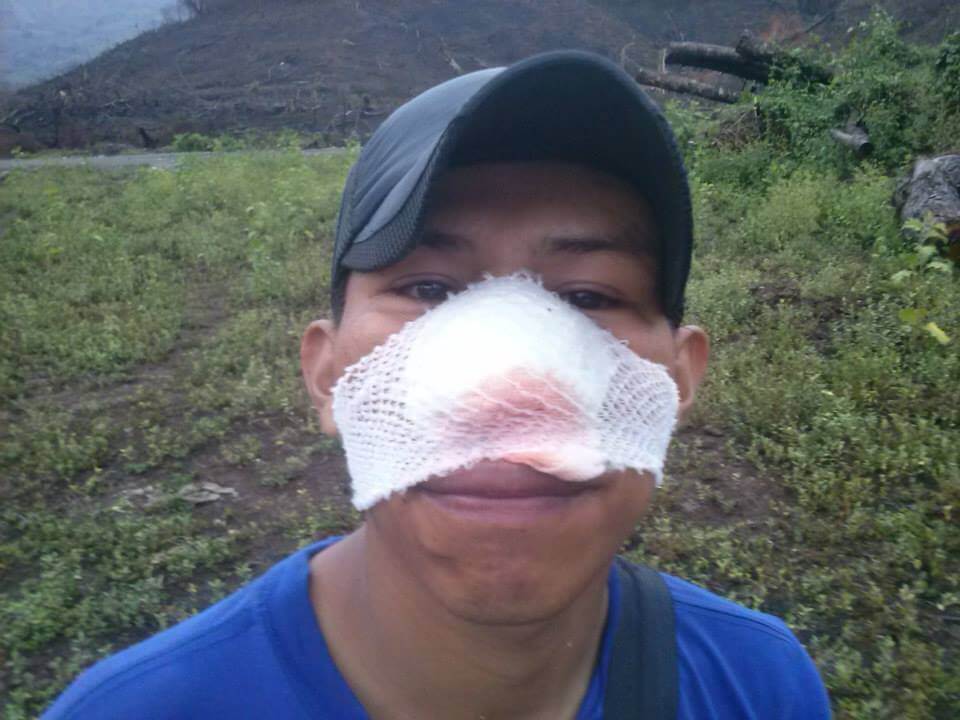 None of the wounded Ngäbe have been taken to medical centres for fear of being arrested. Instead, they are being cared for in their own communities. According to Rivera, three members of the national police were also injured after the Ngäbe retaliated with stones and sling-shots. So far, no one has been arrested. 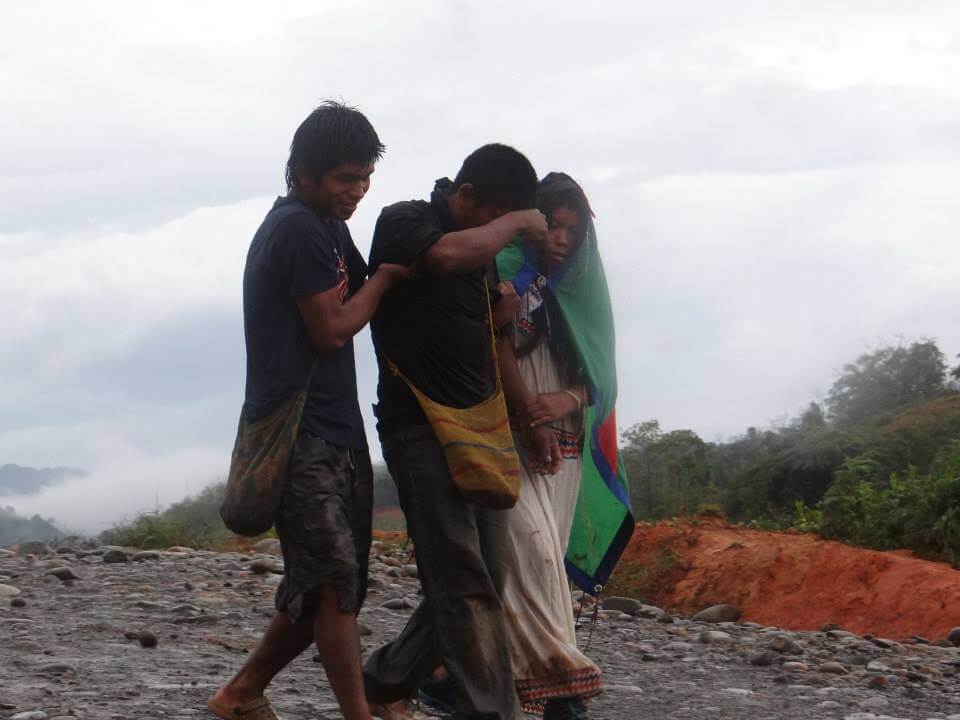 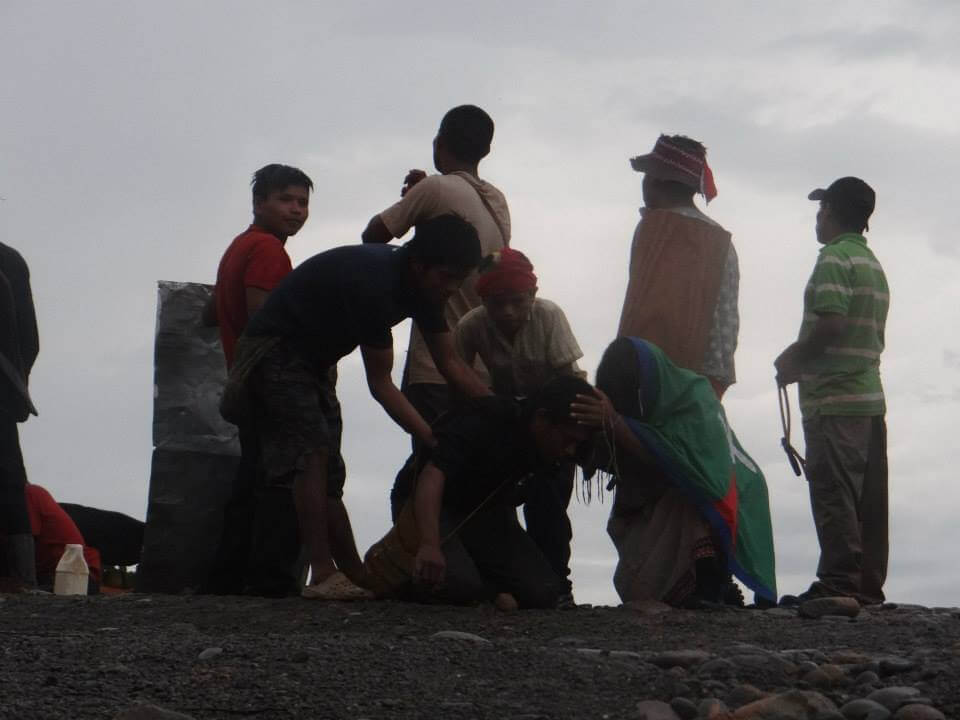 The timing of the repression is unusual, coming just one week before national elections. It has the potential to inflame long-standing resentments against what many indigenous Panamanians regard as a corrupt government apt to serve its own interests before protecting the basic human rights of its ethnic minorities. If the conflict escalates and draws grassroots support from elsewhere in the Comarca, the country could face serious disruptions. 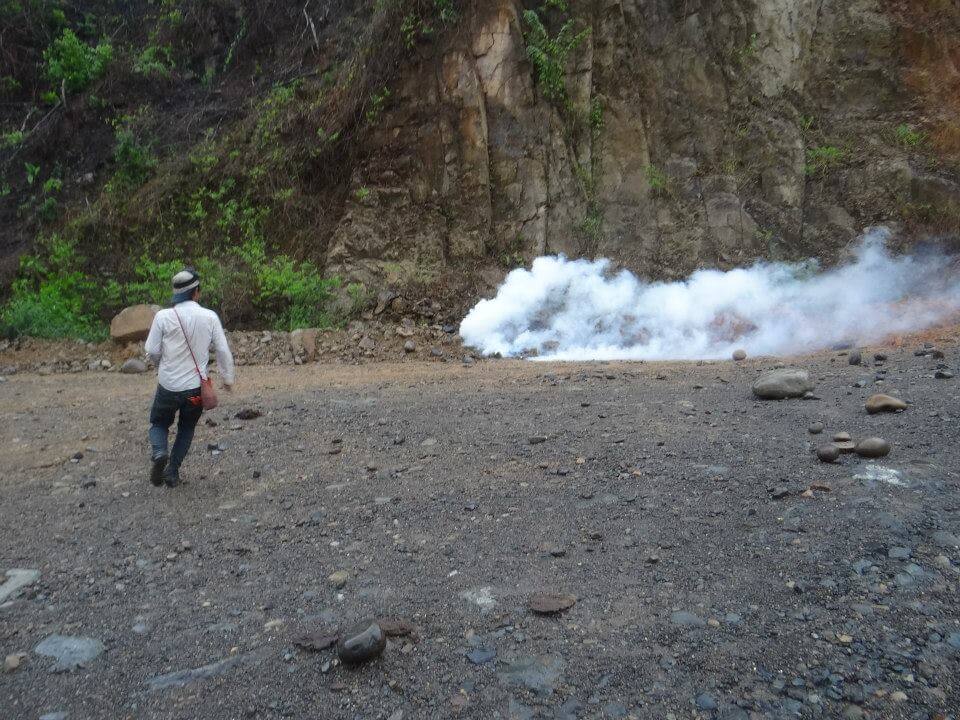 “It might cause an election eve constitutional crisis if either [President] Martinelli or the police resist when the Electoral Tribunal takes command of the police tomorrow” said Eric Jackson, political commentator and journalist.

Sparking no less than four major episodes of civil unrest since coming to power five years ago, President Martinelli has a long and weary track-record of political miscalculation and public relations bungling. He was described in leaked US diplomatic cables in 2010 as ‘autocratic’, ‘bullying and blackmailing’, and ‘[possibly] willing to set aside the rule of law to achieve his political and developmental goals’. 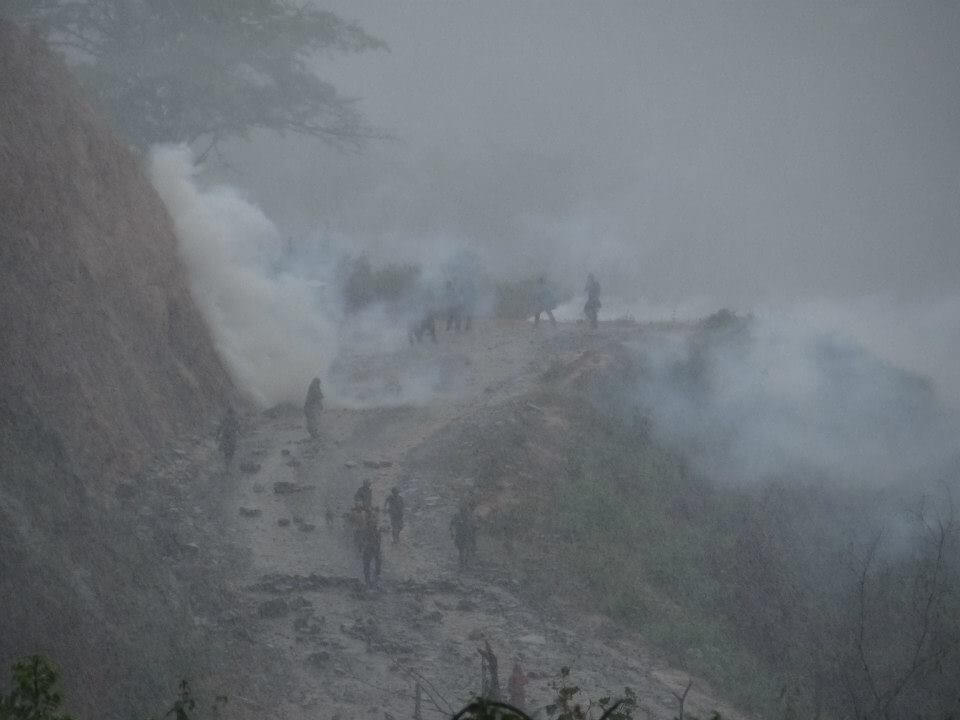 Historically, the results of the President’s macho posturing speak for themselves. In 2011, his plans to mine the Comarca for its lucrative copper deposits provoked mass mobilisations and ended in grotesque violence and bloodshed. One year later, when tensions over mineral rights flared once again, brutal police crackdowns and death ensued. Today, on the banks of the Tabasará, on the eve of Martinelli’s exit from power, it remains to be seen if history will repeat itself. Your vigilance is requested at this uncertain time.