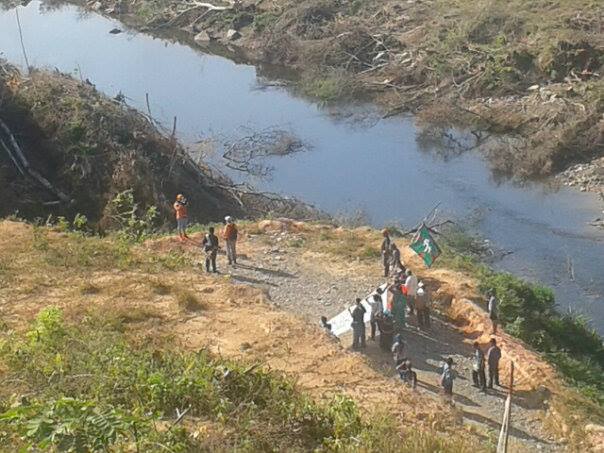 M10 on the banks of the Tabasara
Support our journalism. Become a Patron!

The Indigenous Ngäbe community of Kiad fears violent reprisals in the coming hours as the infamous Honduran-owned energy corporation, Genisa, may be finally seeking to evict them from their home on banks of the Tabasará river.

The long-challenged Barro Blanco hydroelectric project is set to inundate Kiad, a precious cultural centre renowned for its work in disseminating the written language of Ngäbere. Archaeological sites, gallery forests, agricultural land, and fishing stocks will also be lost, depriving thousands of indigenous and campesino people of their resources, heritage, and livelihood.

Last night, 17 March 2014, President Ricardo Martinelli appeared to be attempting to establish a moral justification for an eviction, stating on Twitter:

“Opposition groups are threatening to take the Barro Blanco project to cause panic and public disorder.”

The April 10 Movement (M10) vehemently deny the claim and reported police forces amassing in the nearby town of Tolé, close to the Panamerican Highway in Chiriquí province. Posting an alert on Facebook, Ricardo Miranda, an M10 leader, said;

“The national police will enter the camp tomorrow (18 March 2014) in the morning to evict the Ngäbe who have peacefully resisted Barro Blanco for more than 45 days.” 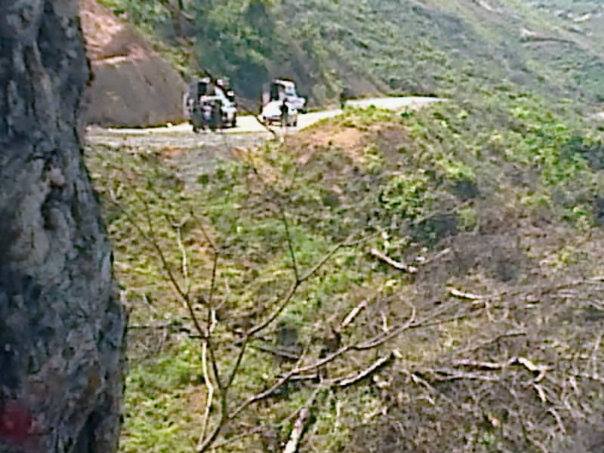 Today, 18 March, the indigenous resistance movement posted photos of police vehicles on the rural roads close to their community.

Sadly, the Panamanian government has a poor track record of resolving civil disputes peacefully. In 2010, 2011, and 2013, confrontations between protesters and the national police resulted in several deaths and scores of horrific injuries. M10 have said they fear ‘history repeating itself’.

M10 say that Barro Blanco has proceeded on the basis of a falsified environmental impact assessment and without the free, prior and informed consent of the affected communities. Furthermore, their land is constitutionally protected as part of the semi-autonomous Comarca Ngäbe-Buglé.

Despite outcry at home and abroad, the Panamanian government and the financial backers of Barro Blanco – the Dutch FMO, the German DEG, and the Central American Bank for Economic Integration (CBIE) – have washed their hands of their Ngäbe. As the threat of violence looms closer, M10 ask the on-going vigilance and solidarity of the international community.