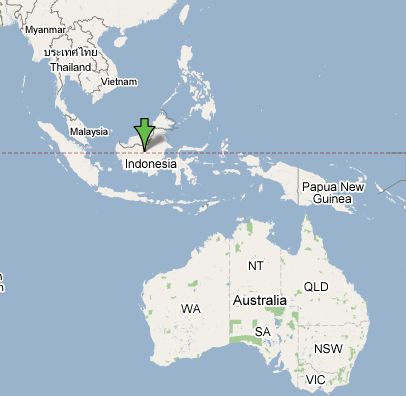 Wilmar, the world’s biggest trader in palm oil, is illegally logging rainforests, deliberately setting forests on fire, and intentionally destroying lands that are home to numerous communities in Indonesia without even consulting them.

Friends of the Earth (FOE) and two other NGO’s recently released a report (pdf) discussing these activities.

Point for point, Wilmar emphatically denies all of this — but Laili Kharnur of Lembaga Gemawan, who traveled to attend the release of the report, said in an interview she had witnessed first hand the misery caused by Wilmar’s activities:

“For instance, in the village of Senujuh, in Sejangkung subdistrict, Wilmar cut down the trees or forests, of which 400 hectares (nearly 1,000 acres) (are) not in Wilmar’s concession area. This is owned by villagers” — The People “lost their trees, they lost their natural resources, because they depend on the forest for food, for their livelihood also. If you take my trees, it’s as if you took my life,” she said. (source)

It’s all for the production of Palm Oil — which is used an ingredient in many products (such as some made by Unilever, Nestle and Cargill.), and it’s increasingly used as an alternative to crude Oil.

Noting in their Press Release, FOE notes that Palm oil as a viable, clean, and sustainable alternative fuel is rendered entirely moot when companies like Wilmar (who is funded by the World Bank and numerous Private European banks) is engaging in activities which clearly have severe social an environmental impacts. It is simply unsustainble.

FOE and other NGO’s are now calling upon the UN to intervene, particularly for the protection of indigenous people in Borneo who will soon loose their land without their consent, as there is project being planned which will allocate 1.8 million more hectares for palm oil plantations.

From the BBC – The group fears the project will cause irreparable harm to indigenous people’s territories and cultures.

The report is due to be presented to the UN’s Committee on the Elimination of Racial Discrimination next month.

It says existing oil palm plantations in other parts of the country show there is little regard for indigenous people’s rights, and that the extensive land clearing necessary for plantations destroys traditional eco-systems.

This, the report says, reflects a serious, massive and persistent pattern of racial discrimination in the country.

The groups behind the research are calling on the UN to recommend that Indonesia stops the project until indigenous rights are guaranteed.

Indonesia is looking to expand the amount of plantation land available as part of its plan to become the world’s number one palm oil producer.

The government says palm oil is an important part of building the country’s economy, but environmentalists say not enough care is being taken to protect forests and indigenous communities. (source)