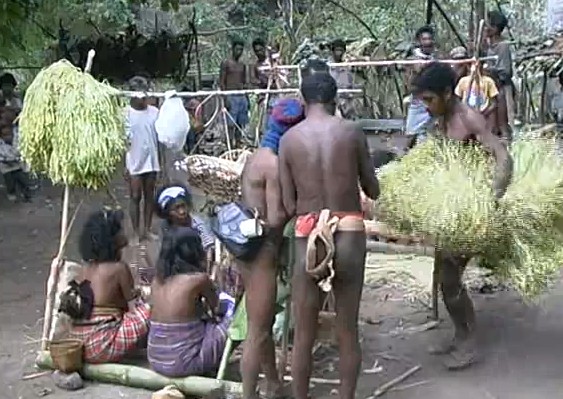 Palawan: Voices from the Lost Frontier

“Voices from the Lost Frontier” exposes the growing threat of mining development on Palawan Island, one of the most bio-diverse regions in Asia.

Located between the South China Sea and the Sulu Sea, Palawan is considered to be the “last ecological frontier” in the Philippines.

The island Province is home to several vanishing and isolated indigenous communities and more than a hundred different animal and plant species found on IUCN’s Red List of Threatened Species. The region was also declared a “Man and Biosphere Reserve” by UNESCO more than 15 years ago.

However, since Philippines’ President Gloria Macapagal-Arroyo called for the national revitalization of mining in 2006, Palawan has been gradually twisted into becoming a “priority mining investment hot spot.” Several companies have already been allowed to move into the reserve.

For instance, there is MacroAsia Corporation, the flagship company of airline and cigarette magnate Lucio Tan (Philippines’ richest man). MacroAsia was granted rights by the government to operate on traditional Indigenous land.

The Indigenous Peoples have not given their free, prior and informed consent. Instead, they have been effectively “dragged off to the side” through various bribery gimmicks and other schemes to trick them into endorsing the mining operations–even without their knowledge.

As a result, Rio Tuba Nickel Mining Corporation has already plundered one of the last and most diverse lowland forests in Bataraza Municipality, and is now completing the construction of a mining road across the Bulanjao range (a protected “core zone” according to the SEP law) and one of the best-conserved biodiversity hot spots in the southernmost portion of Palawan Island. The mountain is also part of the ancestral domain of the local indigenous Palawan.

Ultimately, mining in these areas of Palawan will devastate the indigenous communities and the land they need to survive. As “Voices from the Lost Frontier” shows, the pristine forests are already being torn apart; local fish stocks and water supplies are being poisoned; and productive farmlands are being covered in laterite (which is causing a significant drop in rice production).

Coupled with the government’s new plan to lease out thousands of hectares for biofuel and oil palm plantations–not to mention their continued refusal to implement the Indigenous Peoples’ Rights Act (IPRA) and the United Nations Declaration on the Rights of Indigenous Peoples (UNDRIP)–the troubling fact is, Palawan could very well be on the way to becoming another Sarawak.