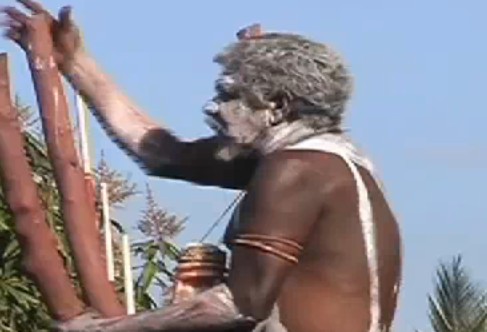 Our Generation is a ground-breaking new documentary on Indigenous relations in Australia.

Called Australia’s “Inconvenient Truth,” Our Generation takes us on “a powerful journey into Australia’s indigenous relations, from colonization until the present day. It looks at Australia’s ongoing policies of paternalism and assimilation, explains the real issues underlying Indigenous disadvantage in this “lucky” country, and upholds the right of First Australians to dignity, culture and empowerment in their own country.”

Legislated in the name of “saving the children”, NTER immediately “took away all existing Aboriginal land rights, suspended the Racial Discrimination Act and placed over 70 communities under compulsory government control. Subsequent government measures have had little to do with directly improving the wellbeing of children, but instead have disempowered traditional owners, opened up access to valuable Aboriginal land, and sought to forcibly assimilate Aboriginal culture.”

No Indigenous people from any of the effected communities “have had any say in these decisions being made about their lives, their lands and their future. And mainstream media has ignored their voices, and their plight.”

In fact, more often the not, the mainstream media has been a conduit to justify the openly racist program by promoting irrational scientific myths, outright lies and pejorative notions about mental health and sexual abuse, as well as race, culture and what it means to be “Indigenous.”

Then, “Last year, the current Rudd government made a much-publicised National Apology for previous injustices wrought upon the Australia’s First Peoples. Since then, however, it has continued to undermine their human and cultural rights; in particular their rights to have proper access to basic services, to maintain their own languages, to be involved in the decisions that affect them, and to remain living on their ancestral homelands.”

Following this, “On 13th March 2009, the United Nations Committee on Human Rights declared that Australian Government policy was in breach of international law. Following such international shame, the Australian Government quickly endorsed the United Nations Declaration on the Rights of Indigenous Peoples, only to continue to breach many of its articles in subsequent policies.”

Our Generation provides a critical wedge into this deep-seeded hypocrisy that opens the way “for dialogue on how Australia can move forward with genuine respect and partnership with its First Peoples… Into a future where solutions come from working together, rather than being dictated from Parliament thousands of kilometres away.”