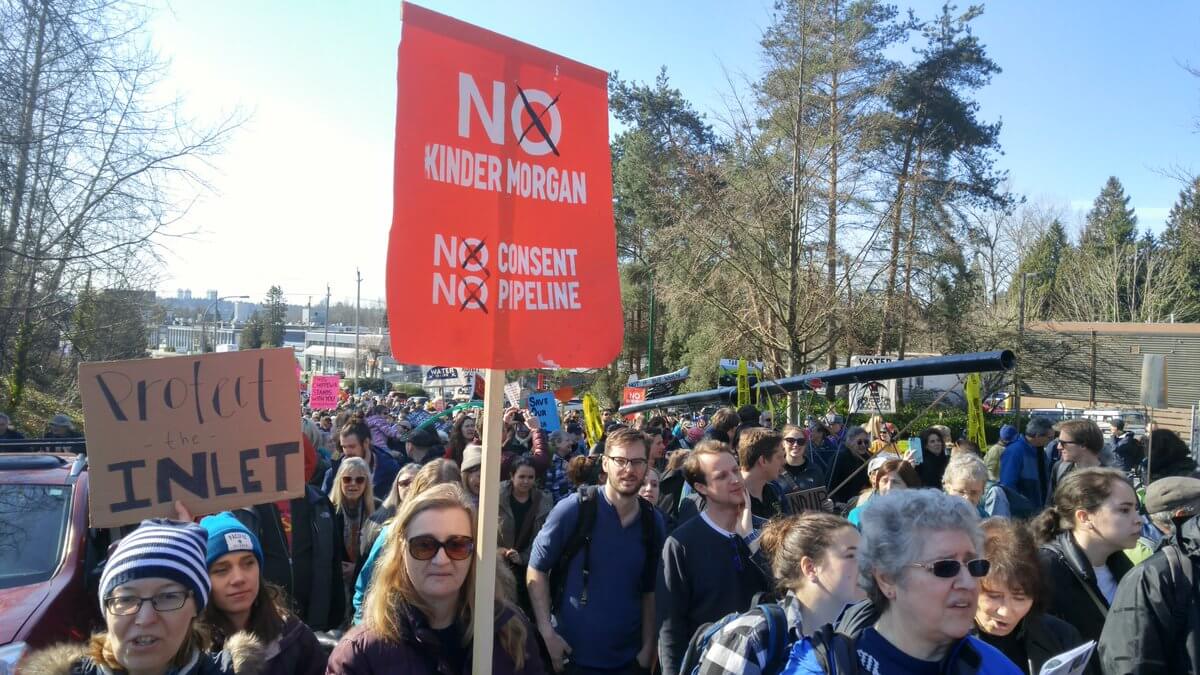 “The time to build dangerous fossil fuel projects is long over. We are here to stand behind the Indigenous communities at the front lines of this fight and to demand that Trudeau’s government honour their election promise and put communities and the planet above short-term profits.”

On March 10, over 10,000 people marched to Burnaby Mountain where a traditional Coast Salish watch house (“Kwekwecnewtxw”) was built by Indigenous peoples, spiritual leaders, and youth. Since March 17, 173 people have been arrested at the gates of Kinder Morgan. For the first time in history, sitting MPs have been arrested.

Last Friday, 50 actions happened across Canada. In Ottawa, over 100 Ottawa-Centre constituents marched to McKenna’s office to deliver a water sample from Coast Salish territory to show her what she puts at risk by allowing the twinning of the pipeline.

McKenna did not find the time to meet with her constituents last week, who continue to demand to have their concerns and demands heard and addressed by their MP. Specifically, the group asks that McKenna agree to meet with the Coast Salish water defenders at their Watch House.

What: Ottawa residents return to MP McKenna’s office to demand their concerns over Kinder Morgan be heard and addressed, and ask MP McKenna to meet with the Coast Salish water defenders at the Watch House.

Interview Opportunities: Spokespeople will be available for interviews throughout the day