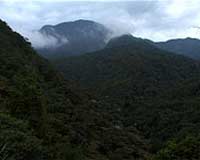 This week, Amnesty International released an alert on behalf of activsts in Ecuador who are opposed to a local mining operation headed by Canada’s own Accendant Copper. According to the Press Release:

“community leader Jaime Polivio Pérez Lucero has been threatened and activist Mercy Catalina Torres Terán has been attacked, as a result of their opposition to a mining project close to their homes in the Intag area of Imbabura province, northern Ecuador. Their lives, and those of others who voice opposition to the mine, are in danger. Jaime Polivio Pérez Lucero, from Garcia Moreno parish in Imbabura, a group of villages close to a site where the authorities and a mining company are planning to excavate for copper, has received a series of death threats in recent months.””

This comes at the same time that Ascendant Copper is attempting to defend itself from allegations of ‘land-sale irregularities—‘ in addition to an order by Ecuador’s own Minister of Energy and Mines, who recently told Ascendant Copper to stop dividing the community…

From the Ottawa Citizen – A team from Amnesty International who visited the area in November recorded reports of “intimidation, harassment and attacks” against opponents of the mine.

But Francisco Ventimilla, general manger of the Junin project, says “there is no proof” to back the allegations, adding the charges are part of a smear campaign against the company.

Tension over the project exploded in December when a consulting firm hired by Ascendant broke through community roadblocks with the help of armed paramilitaries. The incident led to hostage-takings on both sides.

“We cut relations with that company in January … (because) they didn’t have the company’s permission” to bring in armed guards, says Mr. Ventimilla.

“We have a very strict policy about the use of weapons and aggression in the field.” The allegations are just the latest in a series of setbacks the project has suffered in recent days.

Earlier this week, Ecuador’s Ministry of Energy and Mines ordered Ascendant to stop its community-relations work, saying it was “intended to divide the community.” “The ministry doesn’t have the right to control our corporate-social responsibility policies,” says Mr. Ventimilla, arguing that company policies are separate from formal community-relations programs, which are part of an official agreement through the environmental-assessment process. (read the full article)

The Curse of Copper

Friends of the Earth Canada presents a video about the attempts of Ascendant Copper (ACX.to) to build a strip mine in the cloud forests of Ecuador against the wishes of the inhabitants.