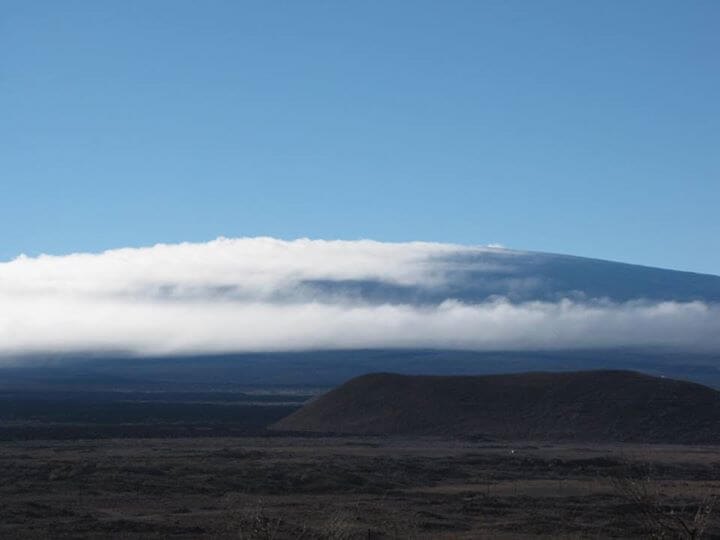 It is time to Aloha Mauna Kea

An open letter to Mr. Gordon Moore, co-founder of the Intel Corporation
Support our journalism. Become a Patron!

KAHEA The Hawaiian-Environmental Alliance and 7 others

We acknowledge your great contributions as co-founder of Intel Corporation, trustee of the California Institute of Technology, and philanthropic supporter of science, as well as natural resource protection around the world. You have given much to society, and for this, we thank you. We write today, however, regarding your financial backing of an aggressive campaign to build the world’s largest telescope—the Thirty Meter Telescope—atop Mauna Kea.

The summit of Mauna Kea is protected by state and federal laws that support conservation over development because Mauna Kea is home to rare plant and animal species found nowhere else on planet Earth, some on the brink of extinction. Astronomy, including the search for life on other planets, is a noble endeavor, but it loses that nobility when its actions threaten life on Earth. Extinction begins the process of unraveling creation — it is forever, and it is unacceptable, especially in this day and age.

Mauna Kea is one of the most sacred places in the Pacific. Islanders use the mountain as a place of spiritual contemplation, healing and recreation. National Geographic recently named it as one of the Holiest places on Earth. For Native Hawaiians, Mauna Kea is a temple dedicated to Aloha and peace. It is where our supreme being gave birth to all living things. It was the meeting place of Papa (Earth Mother) and Wakea (Sky Father), the progenitors of the Hawaiian people, and is the burial ground of the most revered of Hawaiian ancestors.

Mauna Kea’s high elevation landscape is used for ceremonies that contain star and other knowledge essential to modern Hawaiian voyaging. Hawaiians used this knowledge millennia before modern astronomy to voyage to hundreds of tiny islands spread over ten million square miles of the Pacific. More than ninety-three astronomical sites are available in the world for doing astronomy, but Mauna Kea is the only place on Earth for conducting these ceremonies.

The controversy over the TMT does not end with moral and ethical questions about culture and the environment. There are also legal issues. Caltech and the University of California (UC) have repeatedly built telescopes on Mauna Kea without complying with state and federal environmental laws, escalating the decades-long conflict between the astronomers and islanders.

In the 1990’s, despite public outcry about building more telescopes, Caltech and UC, together with NASA, campaigned to build as many as six more “outrigger” telescopes for the Keck observatory, and the people had to turn to the courts for justice. In 2003, a federal judge ordered the Keck project to comply complete a federal environmental impact statement, and in 2007 a state judge voided the Keck permit for Mauna Kea because it violated state law.

Sadly, the TMT Project perpetuates this legacy of lawlessness. As this letter is being written the UH/TMT team have begun work on the TMT Project by grading, excavating and test drilling on the sacred lands of Mauna Kea. Aa group of Native Hawaiian cultural practitioners, environmentalists, and public interest advocacy groups are challenging state of Hawai`i’s permit for the TMT as a breach of the public trust in state courts, and University of Hawai`i students are protesting against the university’s lead in the desecration of Mauna Kea. Further, TMT officials have refused to comply with the law requiring a federal EIS, despite receiving millions in federal funds from the National Science Foundation. They’ve also ignored the legal limit on the number of telescopes allowed on the summit. Repeating the same errors the courts previously found unlawful is outrageous. Is this the legacy you wish to leave in Hawaii, Mr. Moore?

Over and over, islanders have peacefully expressed—with aloha—our concerns, yet you and your colleagues continue to push this project without following the law. Aloha is not just a catchy phrase. It’s about truth which is meant to heal.

Mr. Moore, you have a chance to hold the California observatories to a higher standard of Aloha. You and financial influence can help direct the TMT proponents to a peaceful solution, such as supporting stopping the current construction activities on Mauna Kea. You can make a significant shift be choosing not to build the TMT altogether especially since the European Extremely Large Telescope (EELT), a next generation telescope that is currently under construction in Chile. The EELT is considerably larger then TMT (TMT is 30 m in size and the EELT is 39 m). According to TMT’s own analysis, the no build alternative will cause less environmental and cultural damage than building it on the sacred mountain landscape and fragile ecosystem of Mauna Kea.

It is time to Aloha Mauna Kea, Mr. Moore.