After being saved from a toxic waste dump more than three years ago, the O’odham Sacred site of Quitovac is once again facing a serious threat.

In late September, the US mining company Silver Scott Mines announced that it had acquired a 12,000 hectare concession near the site of Quitovac in Sonora, Mexico.

Commenting on the acquisition, John Ryan, CEO of Silver Scott, stated, “We are very pleased to have acquired this expanded land position to support what is shaping up to be a very productive and exciting gold play in Mexico. With gold at historic high metal prices, we expect Quitovac can produce as a low cost heap leach mine. Additionally, we are excited to begin detailed examination of the entire Quitovac property which will help us target our drilling which includes testing part of the gravel covered pediments.”

Traditional O’odham leaders officially responded to the announcement on November 7 with a resolution condemning the company’s intentions, and requesting that “the Mexican Federal Government and the Government of the State of Sonora to enforce the existing cultural and environmental protections laws of Mexico, and to conduct a transparent Impact Assessment and a Cultural and Environmental Impact Study, so as to allow the community of Quitovac and its representatives to make an informed decision regarding the proposal.”

The Traditional O’odham Leaders further charged both governments “to honor its responsibility to facilitate open communication with the O’odham representatives in the State of Sonora, Mexico, and to support decisions in the best interest of the O’odham, the Original people of the Land.”

Silver Scott hasn’t been wasting any time. On December 20, the company said it had obtained a 10-year extendable surface land agreement for exploration. It also says the community of Quitovac voted unanimously in favor of their mine proposal, which included a .7 per cent production royalty and a 5-year review process with the community. At the time of publication, Intercontinental Cry was unable to reach any O’odham community members for confirmation.

Yesterday, December 22, the company announced that it had initiated a 6000-meter drilling program at the Quitovac gold mine site. 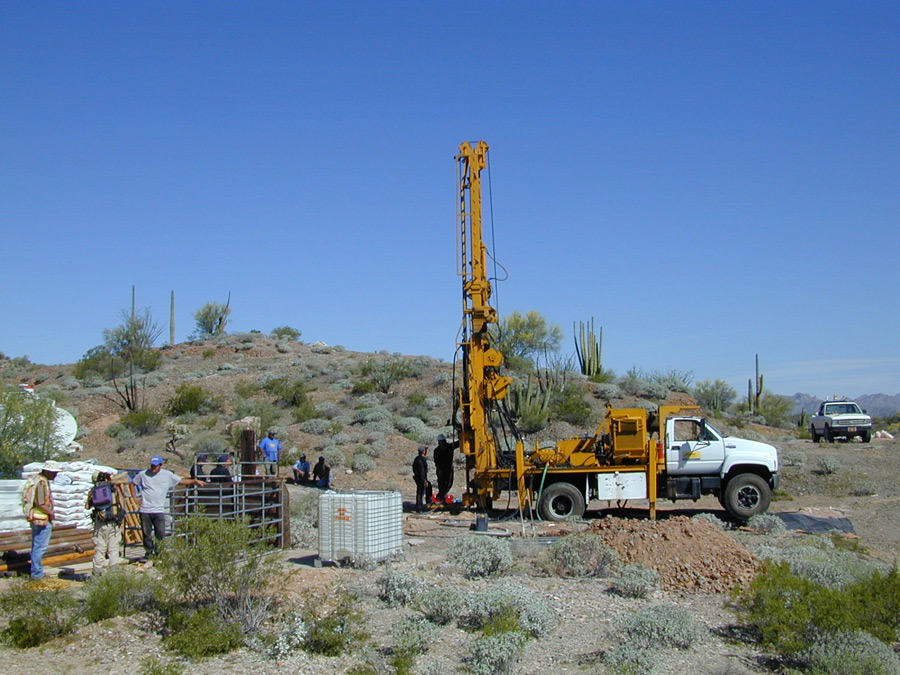 Quitovac is one most sacred places to the O’odham People. According to their creation story it is the site where the Elder Brother, I’itoi, spirit of goodness, first gave shape to the People. To celebrate this event, the O’odham from Arizona and Sonora gather each summer at Quitovac for a rejuvenation ceremony.