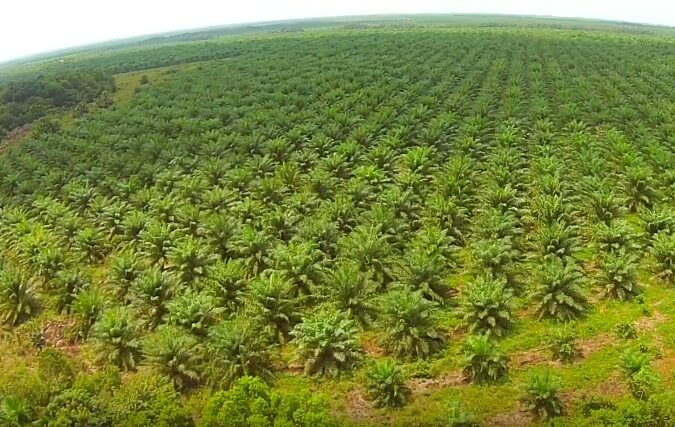 WASHINGTON, D.C.—A new video released this weekend from the Environmental Investigation Agency (EIA) to commemorate the UN’s Day of the World’s Indigenous People, shows the devastating effects of the growing palm oil sector on the lands and rights of farmers and indigenous peoples in Colombia. Currently the world’s fourth largest oil palm producer, Colombia is promoting both national and international investment in this sector, and has been opening the country’s vast eastern plains (llanos) to companies expanding their palm plantations.

EIA’s video, “Between Water and Oil Palm,” is a collaboration with Colombian group La Comisión Intereclesial de Justicia y Paz (Justicia y Paz) and has documented how investments have come at the expense of indigenous rights in Mapiripán, Meta, Colombia. One company, the Italian-owned Poligrow Ltd, has prohibited the Jiw and Sikuani indigenous communities from using traditional hunting and fishing lands, and prevented access to a culturally revered site, Las Toninas—a lake considered sacred and home to pink dolphins. The Jiw report that no free, prior, or informed consultation has taken place regarding Poligrow’s operations and that the company’s expansion limits their right to freedom of movement.

The site of an infamous multi-day massacre by paramilitaries in 1997, the Mapiripán region has faced such atrocities against its native peoples before. Despite the Inter-American Court having condemned the Colombian state for its involvement in the massacre, little has changed. The government continues to neglect the rights of its indigenous people, allowing Poligrow and associated illegal armed actors to operate with near total impunity, demonstrating clear violation of human rights and grave environmental damages to water sources, wildlife, and forests.

“Farmers, indigenous communities, and especially the land in Mapiripán remain vulnerable to aggression and take-over by illegal armed forces,” said Annalise Romoser, EIA Latin America Program Coordinator. “Company activities in the region must be monitored and the Colombian state has a heightened responsibility under the circumstances to ensure that indigenous communities are fully protected under the law from armed actors and companies infringing on their territorial and human rights.”

“Poligrow intends to further expand operations directly over Las Toninas, opening a free trade zone near the lake that will allow for the processing and eventual export of palm oil from Mapiripán,” said Abilio Peña of Justicia y Paz. “The Colombian government must act now to prevent this project from moving forward.”

Oil palm expansion in Colombia has long been fraught with conflict and illegal land accumulation by private actors. Recently, paramilitary members and businessmen were convicted in Colombian courts for environmental damages and forced displacement of Afro-Colombian communities in Curvaradó, Chocó on Colombia’s Pacific coast. Oil palm in Mapiripán and the plains region is anticipated to experience incredible growth in coming years, yet insufficient actions are underway to secure indigenous lands and territorial rights in the region.

Watch the video in English here, or in Spanish here.