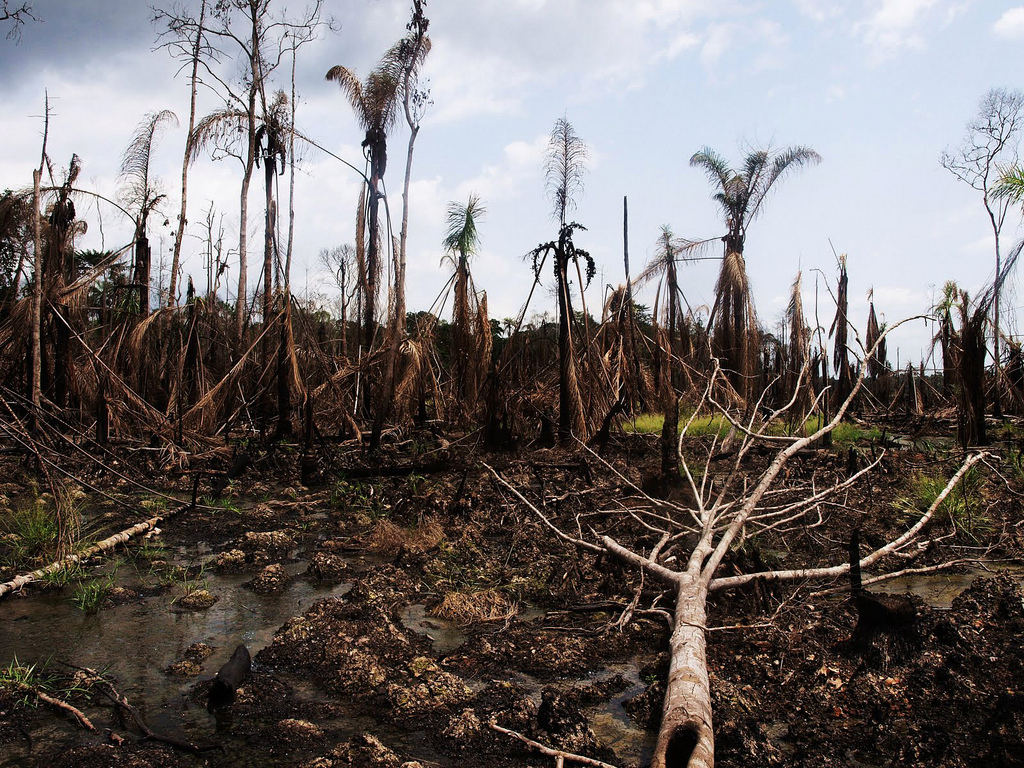 Weeks after thousands in Ogoniland attended a memorial for Ken Saro-Wiwa, the Movement for the Survival of the Ogoni People (MOSOP) announced its plan to initiate peaceful and non-violent direct mass actions to protest the refusal of the Federal Government to implement the recommendations set out in the United Nations Environment Programme (UNEP) report on Ogoniland.

UNEP conducted its independent study at the request of the Nigerian government to assess the environmental situation in the Indigenous territory, located in the southeast region of the Niger Delta basin. The Environmental Assessment of Ogoniland, released in 2011, covers the contamination of land, groundwater, surface water, sediment, vegetation, air pollution, public health as well as industry practices and institutional issues.

Finding it to be one of the worst environmental situations in the world, the report states:

Given the dynamic nature of oil pollution and the extent of contamination revealed in UNEP’s study, failure to begin addressing urgent public health concerns and commencing a clean-up will only exacerbate and unnecessarily prolong the Ogoni peoples’ suffering.

MOSOP President, Legborsi Saro Pyagbara, told journalists in Port Harcourt that, “The non-implementation of the recommendations contained in the UNEP report has made Ogoni an environmental wasteland and a dead zone.”

He also condemned the government’s efforts of tying the restoration of the environment to the re-commencement of oil production in Ogoniland. It was also stated that all attempts to start oil and gas production in Ogoniland will be resisted if the environmental devastation has not first been adequately addressed, and a new relationship with the accredited representatives of the people has not been negotiated.

On December 10, International Human Rights Day, the Ogoni held a massive protest at Akpajo junction on east-west road, blocking all routes to major oil facilities in the area. This demonstration marked the beginning of the mass actions which aim to influence change on the part of government. Protestors carried placards with statements including: “No to Environmental Pollution, Our Environment, Our Life”; “Restore Our Environment Now”; “Environmental Degradation Undermines Our Food Security, Clean our Land, Secure Our Future.”

The statement issued by MOSOP during the protests and in celebration of International Human Rights Day, noted:

MOSOP is therefore seizing the opportunity of this day to call on the Nigeria government to demonstrate goodwill by setting up a process for the full and effective implementation of the UNEP report for the cleanup of Ogoniland through:

2) Presentation of  an Ogoni Clean Up  and Restoration Blue Print

The UNEP report’s recommendations were created not only to clean the environment, but also to work towards giving the Ogoni back their opportunity to reach their full human potential, and as a measure for reconciliation and conflict resolution.