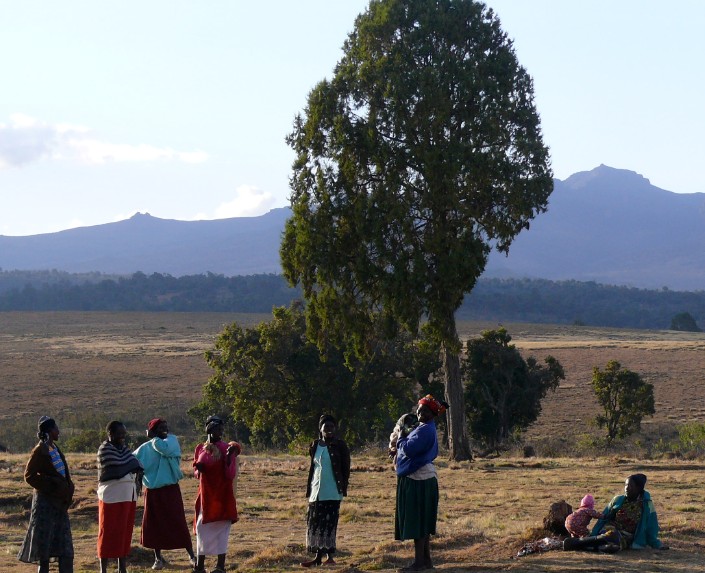 The Ogiek Peoples are just a few short steps away from reaching a legal agreement that would secure their ancestral land rights in the Mount Elgon District of Kenya.

However, the Ogiek are in need of some financial support to make those last steps possible. According to the Forest Peoples Programme (FPP), the Ogiek need to raise about $8,000 (£5,000) to help cover remaining legal and other costs in this final push for land rights and a continued way of life.

The Ogiek already managed to raise $10,000 for this work; but that fund has now been depleted.

If you would like to make a donation to the Ogiek, FPP has set up a fundraising campaign at JustGiving: Help the Ogiek of Mt Elgon!

For generations, the knowledge and practices of the Ogiek of Mount Elgon, Kenya, have underpinned their sustainable ways of living, and helped sustain the ecosystem on which they depend. When they have been forcibly evicted from their ancestral lands then their way of life and ecosystem has been severely threatened.

The Ogiek graze their cattle, sheep and goats on the high Chepkitale moorland of Mt Elgon and into the forests below that circle the mountain, forests where they also gather honey. Their clans, council of elders, byelaws, and indigenous knowledge ensure the continued well-being of the environment on which they depend.

In 2000 – without the free, prior and informed consent of the Ogiek – Mt Elgon County Council asked the Government to gazette Chepkitale as a National Game Reserve, and Kenya conservation regulations mean that the authorities now view it as illegal for the Ogiek to remain on their ancestral lands. Previous such evictions have led to the elephant population being decimated as poachers from outside and across the border have taken advantage of the Ogiek’s absence, they have also led to severe violence in areas where the Ogiek have been moved to by the government, areas where they have then come into conflict with the more numerous and powerful peoples who already live there.

In January 2011, the Ogiek requested urgent help from the Forest Peoples Programme (FPP) to resist further evictions from their ancestral land; and, with support from the Southall Trust, FPP was able to respond. In March the Ogiek requested that IUCN and FPP hold one of their pilot Whakatane Assessments at Mt Elgon. In August FPP carried out consultations with the Ogiek, and the pilot Whakatane Assessment was held in November/ December 2011. And finally we are now at the point where the Ogiek are on the verge of regaining their rights to their ancestral lands at Chepkitale, Mt Elgon, but need support from us for this final push, including about £5,000 to cover legal and other costs. The Ogiek have raised about $10,000 from among themselves over the last 7 years to support this work, but now they need some solid support to cross the finishing line.