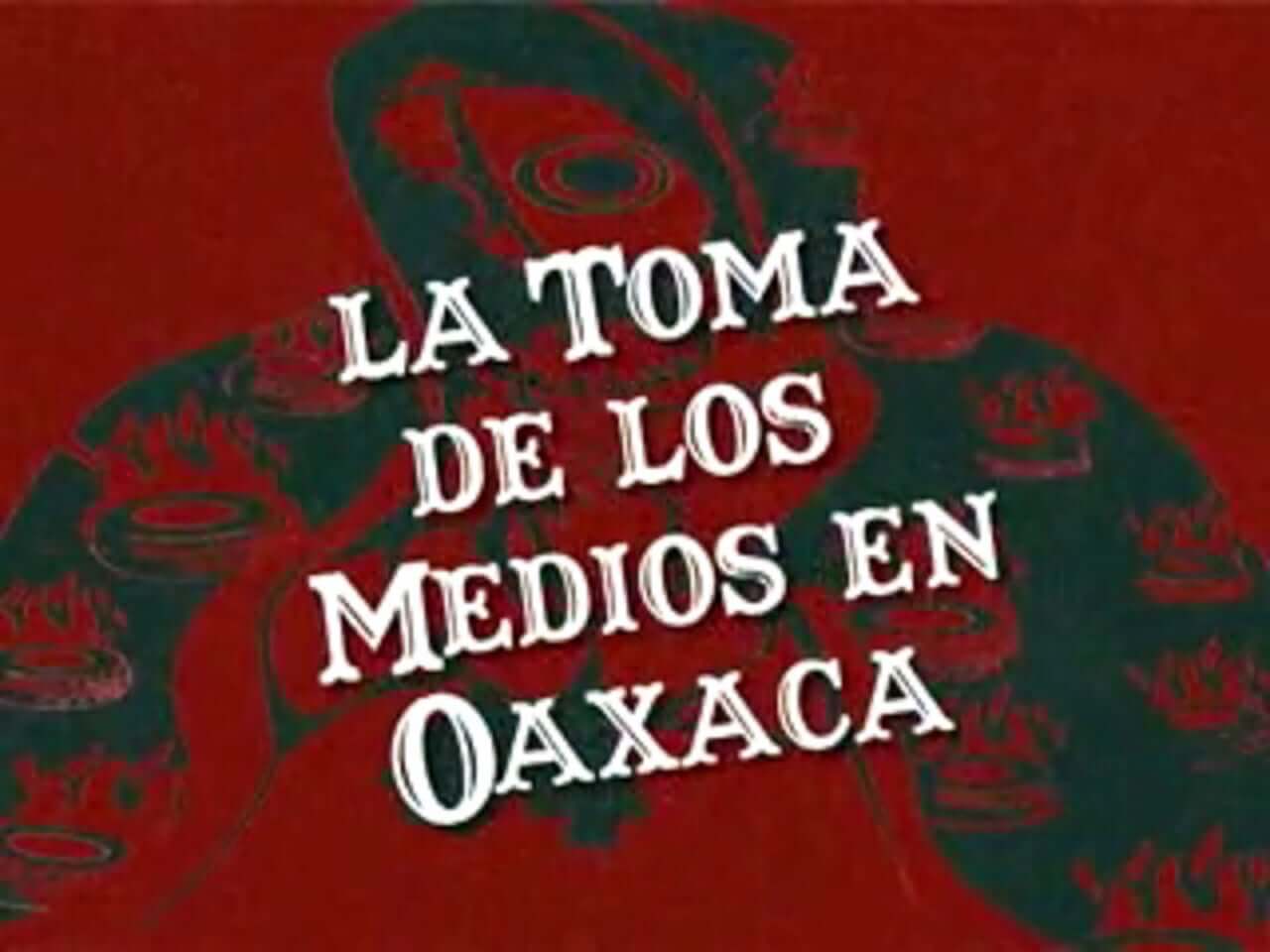 The Taking of the Media in Oaxaca

Made in 2007 by Jen Lawhorne and Arnaldo Peña, sound editing from Radio Zapote. This documentary follows a popular uprising in Oaxaca during 2006 where at various stages of the rebellion, different organized groups seized media outlets to defend their struggle. After a government attack on a peaceful demonstration of striking teachers in June 2006, university students took over their college radio station to announce to Oaxaca City the violent acts that had just occurred. Later on in August, a march of neighborhood woman occupied a state-run television and radio station and decided to operate the equipment on their own to broadcast their demands. When the women were attacked by gunfire three weeks later, members of the Popular Assembly of the Peoples of Oaxaca (APPO) seized control of all twelve of the commercial radio stations in Oaxaca city. The documentary then returns to the students at Radio Universidad, whose determined transmission of resistance was the last bastion of the struggle.