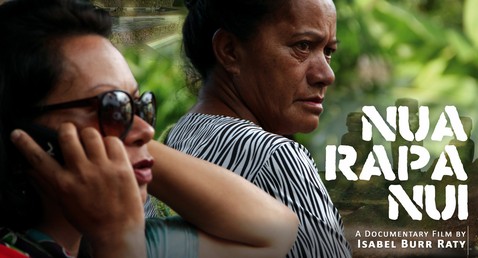 A Chilean-Belgian-English co-production, Nua Rapa Nui is an upcoming documentary film about the history of the Rapa Nui peoples and the ongoing struggle to recover their ancestral lands.

In Easter Island a silent genocide has been occurring since 1722. The survivors, after been banished and locked in a ghetto, struggle to recuperate their ancestral territories. In August 2010, the spirit of the deceased grandmother of the Hito Clan, reveals to her granddaughter, the mission of recuperating their land, which was illegally expropriated by the Chilean State and that today lies underneath a luxury hotel. Following the mandate, her whole families occupy the property. They ingeniously create a media campaign bringing to light their story. An important law firm of Washington D.C. gets involved to represent their case and of their people.

For more information about the film, visit http://www.nuarapanui.com