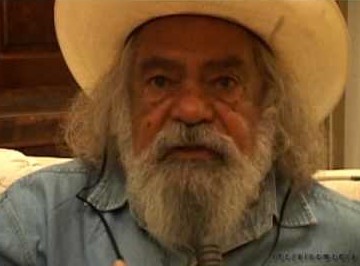 We so desperately wanted to believe Prime Minister Kevin Rudd when he told us things were going to be better from now on. But the fact of the matter is: things aren’t better. They’re much worse.

Uncle Bob Randall is a member of the Yankunytjatjara people and one of the listed traditional owners of Uluru (Ayers Rock).

Born in the Central Desert region of the Northern Territory in 1934, Uncle Bob was among the “Stolen Generation,” an est. 100,000 children who were forcibly removed from their homes by the Australian Government.

While he was in Melbourne for a screening of the film Kanyini, Bob was asked to share his thoughts on last year’s Apology to the Stolen Generation – and whether or not he has seen any changes since it was delivered.

This video is the first of two parts. You can watch the second half over on youtube.

Filmed by Sheryl and Felipe of PluginTV with TheJuiceMedia.