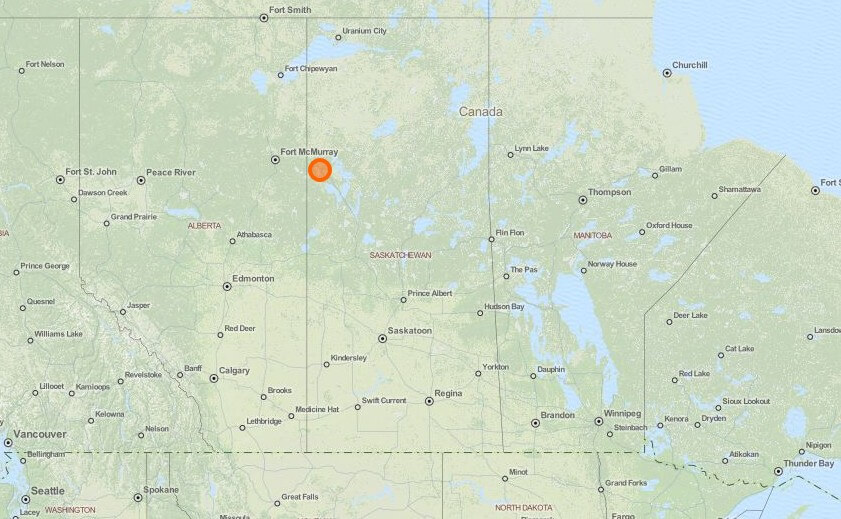 The Dene people of Ducharme, who have made a living from the land for centuries, have found access to their trap lines blocked by security gates. Life-long trapper, Don Montgrand, reported, “When I drove up to my trap line, a helicopter followed overhead of me, all the way. That’s 106 km.”

On Wednesday, November 19, 2014, a road block [was] established 8 km north of LaLoche, Saskatchewan to prevent numerous oil companies road access to exploration camps beyond that point.

Trappers are making a stand because for the past 6 ½ years, there has been a mad rush on mineral and oil exploration. This along with the province’s ‘let it burn’ forest fire policy in the region which has decimated wildlife and destroyed cabins has had a serious impact on their ability to make a living and thrive in a culturally sustainable way in their own home territory. “It is taking food off of our table”, says Bobby Montgrand.

Deals have been struck with the Mayor and Council of LaLoche (Ducharme is outside of the municipal boundaries of LaLoche) and Chief and Council of nearby Clearwater River Dene Nation but due to Confidentiality Agreements no information and no compensation is reaching the trappers who are being hit hard by this.

“We’ve had enough! The animals are disappearing. Even the minnows are dying in the lakes. All of the chemicals they are dumping and burning in our local landfills and what they are leaving in the bush and running into the lakes. Even the people are dying of cancer and some are pretty young. We buried six in the last few months when we used to see maybe one person die of cancer in a year”, claims Don Montgrand.

The trappers are concerned that they are being ignored and driven off of their lands by oil and mineral companies, like Cenovus from Calgary, Alberta. “When these companies are done destroying our north there will be nothing for our children to live on”, stated Bobby Montgrand.