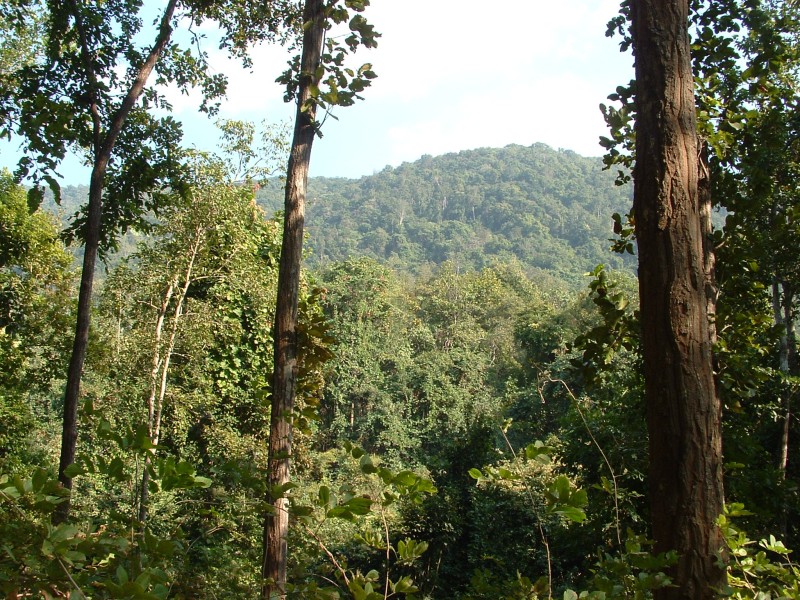 Bauxite from the Dongria Kondh’s Sacred Mountain in Orissa, India, will most likely be used to produce nuclear-capable weapons for the Indian Government.

Vedanta’s plan to rip apart the Niyamgiri Hills for bauxite has never been acceptable to the Dongria Kondh.

Ever since the mine was first proposed, the Kondh have said they will do everything in their power to protect the hills, even if it means sacrificing themselves.

It has not been a shallow threat—after all, the Dongria Kondh believe that there is no life without the hills, where Niyam Raja, their god, has always lived.

It’s sacrosanct. The Kondh won’t even harvest its food or medicine plants. Everything is reserved for Niyam Raja and Niyam Raja alone.

Almost exactly one year ago today, a mountain of fear was lifted from the Kondh’s shoulders, when Anil Agarwal, Vedanta’s CEO, announced to his shareholders that his company would not mine the hills without the Dongria Kondh’s consent.

On the occasion, Survival International commented: “it is the first time the company has made any such commitment to comply with international law, which recognises tribal peoples’ right to give or withhold consent for developments which profoundly affect their future,” adding that, “Vedanta’s Executive Director Kuldip Kaura backed up Mr Agarwal by emphasising, ‘the local people have to give their consent.’”

Sadly, Kaura’s and Agarwal’s words were quickly tossed to the wind. To date, Vedanta has done nothing to obtain the Kondh’s permission for the mine. The only time they’ve approached the Kondh has been under the proverbial cover of night, in an attempt to invade their land.

If Vendata’s vulgar behaviour hasn’t infuriated enough, we now learn the bauxite they plan to take from the the hills may be used to produce nuclear weapons for the Indian government.

The Guardian has revealed that Vedanta plans on sending the ore to Bharat Aluminium Company Ltd. (BALCO). A Vedanta subsidiary, BALCO supplies 90% of the aluminium used in India’s nuclear-capable Agni, Prithvi and Akaash missiles.

Both Survival International and ActionAid, long-time allies of the Kondh, are using the revelation to increase pressure on Vedanta and its shareholders—that is, despite Vedanta’s assurance that the mine will go ahead no matter what either NGO does or says.

Vedanta’s over-confidence stems primarily from a Supreme Court decision handed down soon after the empty promise. The court simply gave Vedanta the right of way.

But even so, both Vedanta and the Supreme Court are fish out of water, according to the Forest Rights Act of 2006, which was formally affirmed by the Ministry of Environment and Forests just a few day ago.

According to the Act, Vedanta cannot go ahead with the mine because it threatens the Dongria Kondh. The Campaign For Survival and Dignity explains: “Section 4(5) of the Scheduled Tribes and Other Traditional Forest Dwellers (Recognition of Forest Rights) Act, 2006, states that no forest dweller can be removed from their lands until the process of recognition of rights is complete. Moreover, even after it is complete, those rights have to be respected – including community rights to traditional habitats and to community forest resources.”

“…the Dongaria Kondh community in the Sterlite / Vedanta area is classified as a “Primitive Tribal Group” (PTG) and are a forest dwelling Scheduled Tribe. These communities have rights over the forest land and resources in this area under the Forest Rights Act, including… their rights to their traditional habitat and the forests protected by them. The Dongaria Kondhs…have protected and worshipped the Niyamgiri hill for centuries, and it forms part of their traditional habitat under section 3(1)(e) of the Act.”

As for the Dongria Kondh themselves, a question: Has anybody even told them that their god may be sacrificed to make weapons of DEATH?