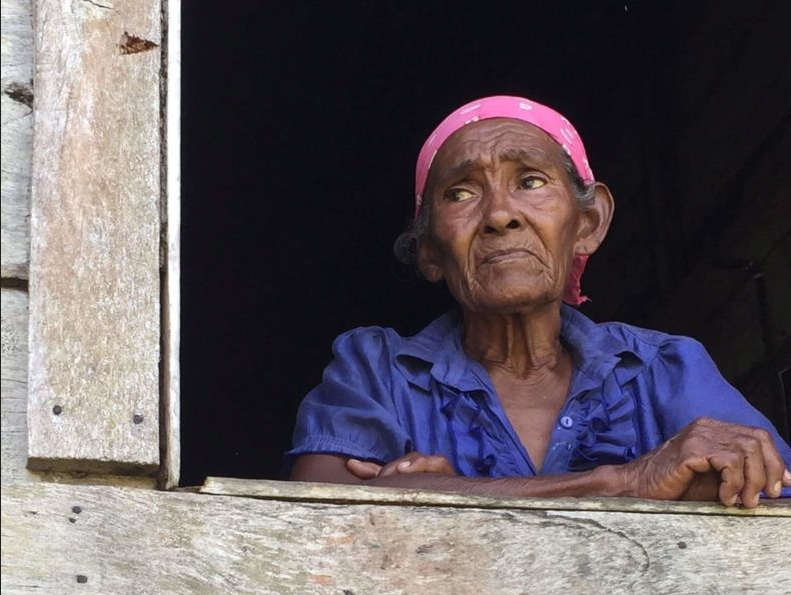 Nicaragua the Most Deadly Country for Land Rights Activists

A Miskito elder stands watch in what has become a daily vigil – awaiting the promised return of armed Colonos who recently attacked her village with sophisticated weaponry, covering her home in bullet holes and terrorizing the Miskito community. Courtney Parker, 2016
Support our journalism. Become a Patron!

Recently published statistics from watchdog group, Global Witness, have confirmed what Indigenous Nicaraguans have been trying to tell the world for years – the battle to protect Indigenous land rights in Nicaragua is not just one of the most dangerous…it is the most deadly.

Faced with such mounting evidence, however, the global human rights community continues to shrug its shoulders.

A recent article lauding a new partnership between The Guardian and Global Witness – aimed at increasing surveillance and reporting on land activists’ deaths worldwide – bizarrely blacks out a single mention of Nicaragua, which emerged from recent analysis as the deadliest nation in the world for land rights struggles, per capita.

The Guardian’s omission is glaring, as the authors specifically call out conditions in countries such as Colombia, the United States, Brazil, Honduras, and Mexico. They avoided even naming Nicaragua, which has a higher death rate for land activists than any of these regions. Even more disturbing, such deaths in Nicaragua remain grossly underreported still, due to the relative isolation of high conflict zones such as the northern Caribbean coast. 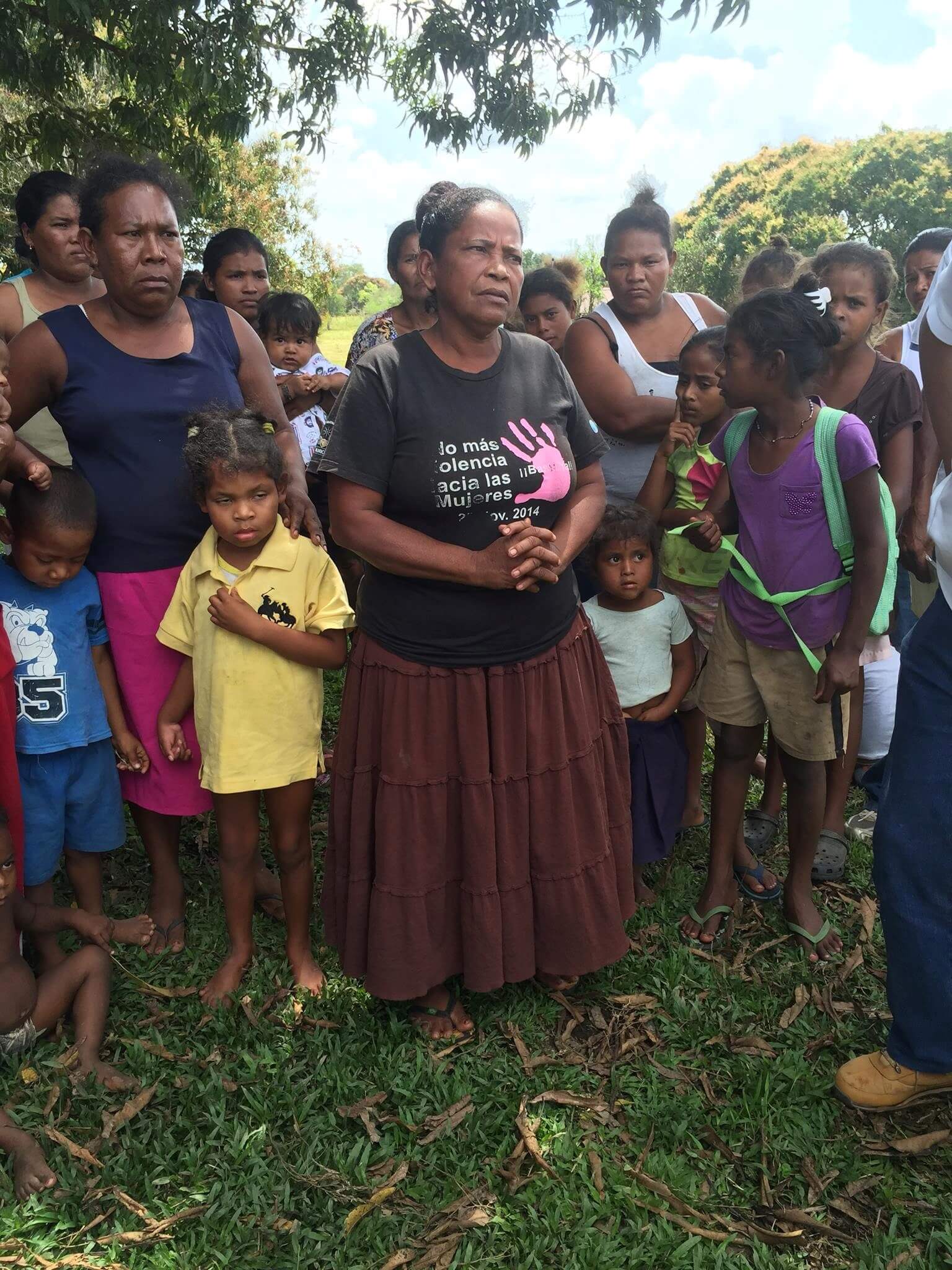 Women from the community of Santa Clara gather to denounce the violence inflicted by the encroaching illegal land settlers. The woman in the center describes the unthinkable; her daughter (in the yellow shirt) was shot in the head by colonos during one such horrific attack. Photo: Courtney Parker, 2016

There are hints the authors sought to, by excluding the socialist country, frame the escalating crisis in a thematic, but ultimately myopic, critique of capitalism – which could perpetuate a popular (sometimes populist) false narrative that socialism (or Marxism) is some sort of vaccine against environmental exploitation. Regardless of intent, such implications could not be less true.

A few cases in point…

The great socialist nation of Canada – even with human rights superstar, Justin Trudeau, now at the reigns – continues its deadly, imperialist, extractivism activity in Latin America, and remains a driving force behind the controversial and potentially devastating oil pipelines to the north. An imperialist Chinese mining operative has waged violent attacks against Indigenous community defenders with direct support from the military in Ecuador – a country once famous for their groundbreaking constitution codifying the ‘Rights of Nature’. Nicaragua, meanwhile, is busy destroying the second largest tropical rainforest in the western hemisphere in attempts to sustain the oft praised ‘era of economic growth’ under Daniel Ortega.

Subhabrata ‘Bobby’ Banjeree’, a professor of the University of London’s Cass Business School, provided some insight about media inconsistencies on land rights struggles through a statement to the Thomas Reuters Foundation (concerning the Global Witness report.)

“Right now there are more than 2,000 reported hotspots around the world. The reality is that there are probably three times that number which are not reported because they are not as sexy and don’t make TV news.”

As The Guardian attempts to take the lead on resolving the disparities in coverage, it has somehow found cause to preemptively omit the deadliest case. One is left to wonder if calling out so-called capitalist nations is in fact sexy, and hard evidence which might dilute this motif is somehow…not. 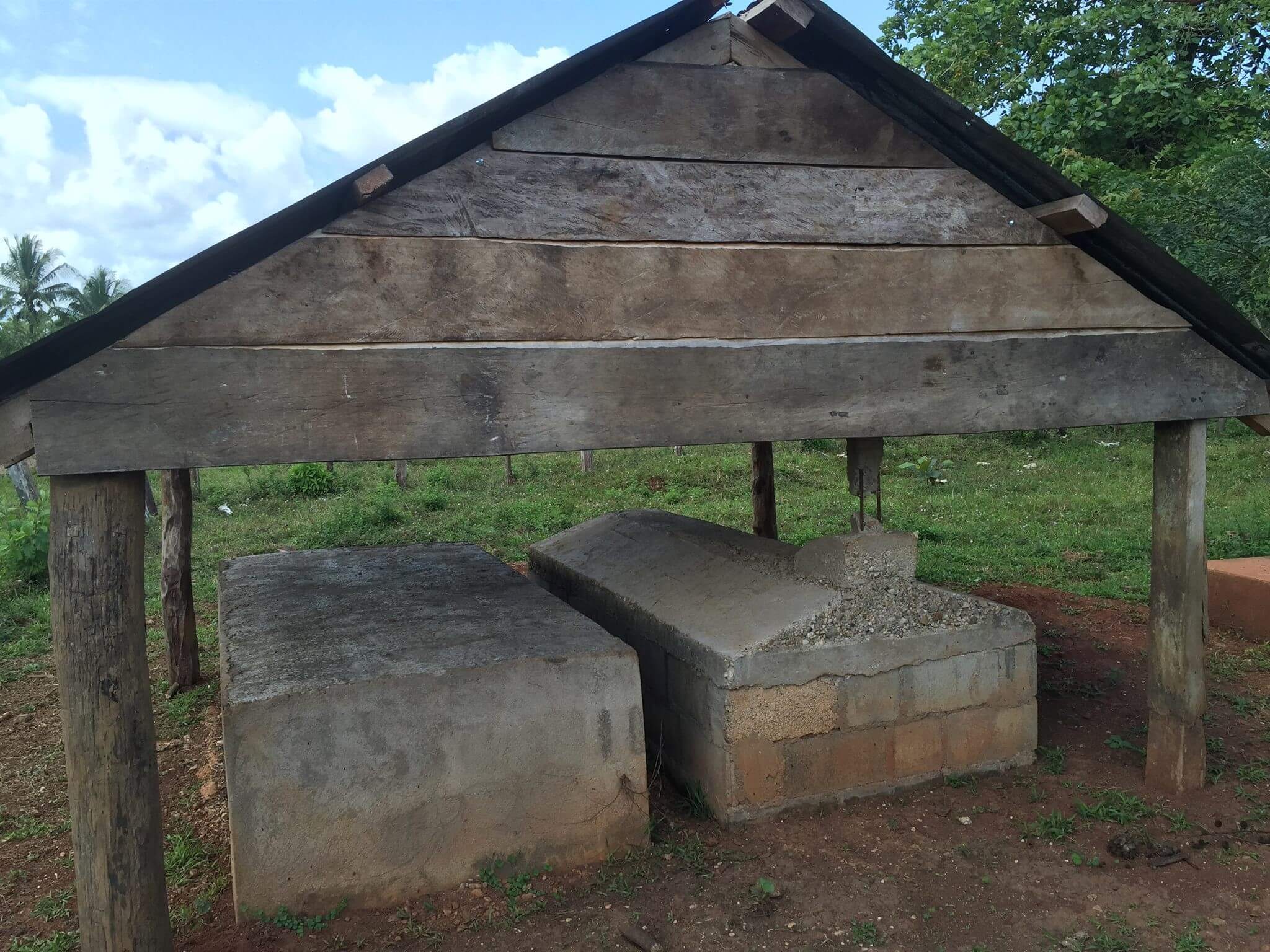 The tombs of two community heroes in Santa Clara – acclaimed Miskitu warriors who sacrificed their lives attempting to shield their families and friends from encroaching violence – are displayed in reverence at a central point in the village.. Photo: Courtney Parker, 2016

In an insight especially relevant to Nicaragua, Banjeree also noted to Reuters how the role of the state is often compromised by conflicting responsibilities in encouraging economic development for a given nation and protecting the citizens who live there. The ostensibly ‘Christian-socialist’ government of President Ortega seems to be repeatedly and incomprehensively erring on the side of violence and neoliberal economics.

Global Witness itself has emerged as a truly objective watchdog group in an ideologically tainted atmosphere of human rights activism, in which various struggles are routinely ennobled or suppressed according to how well they fit into ongoing narratives supporting capitalist or anti-capitalist fervor. In their own statement about the new Guardian partnership, Global Witness conveyed:

“We’re hoping this will help break the silence that fuels this rising tide of violence. Many activists who are murdered live in remote villages deep within rainforests or mountain ranges, and their deaths pass under journalists’ radars. Without the exposure that comes from media coverage, governments and businesses have fewer incentives to protect people under threat, or to punish perpetrators. “

Their clearly defined goal gives cause to remain optimistic that commitment to truth and transparency will guide and reorient coverage generated through their partnership with The Guardian – though things are not off to an encouraging start.

To their credit, The Guardian has featured other coverage on the struggle for Indigenous land rights in Nicaragua, such as this piece from March of this year. While fairly comprehensive, the article still preserves a certain aura of credulity, a benefit of the doubt, in regard to the underlying intentions of Daniel Ortega and the ruling party of the FSLN – a credulity, that is facing regional extinction in Moskitia with the escalating murders of Indigenous Miskitos at the hands of ‘Colonos’ (armed invaders who have placed the autonomous Indigenous nation of Moskitia under a violent siege while FSLN militarized police routinely look the other way.)

It is high time to embrace, what is for many, a painful and perhaps counterintuitive truth. The differences between socialism and capitalism, regarding environmental justice and environmental exploitation, have proven slim to none. And nowhere is this demonstrated more clearly than in the nation of Nicaragua, currently under socialist rule by the once dogmatically Marxist Sandinista. Quasi-intellectual dogma and calcified political ideologies are not going to save the Earth or protect its most dedicated defenders. Hence, it is time we get realistic in attempting to discern what will.