One of the smallest countries in Latin America, Uruguay is located on the eastern coast of the Southern Cone. It borders Argentina to the west and Brazil to the east/ north-east. Unlike many other Latin American countries, Uruguay has no mountains, deserts or rainforests, which means that most of the country is easily accessible. Over 80 per cent of Uruguayans live in cities.

As a result of the deliberate genocide practised in the nineteenth century, Uruguay's most renowned indigenous population - the Charrúa - was almost totally wiped out. From the 1980s several families of Guaraní Mbyá hunter gatherers, whose ancestral lands extend from the Paraguayan jungle to the Atlantic coast, began to settle in various parts of Uruguay, notably in the estuaries of the Rio Plata and Rio Uruguay.

Indigenous Peoples and Minority Populations
Guarani
Get Rid of Ads. Support us on Patreon! 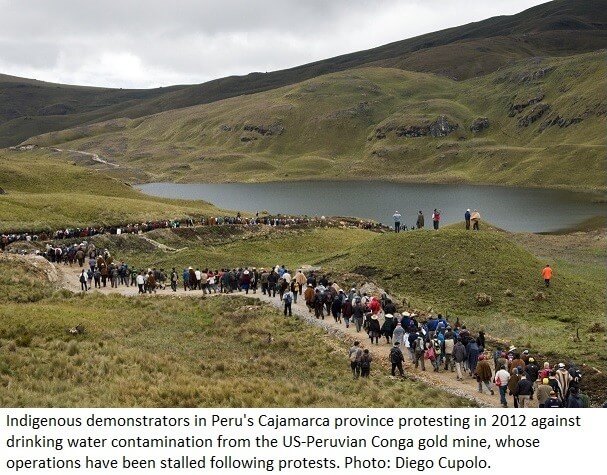 The Politics of Pachamama: Natural Resource Extraction vs. Indigenous Rights and the Environment in Latin America