The population of the Batwa in Rwanda is estimated at between 25,000 – 30,000,1 which is less than 1% of the approximately 12 million people in Rwanda as of 2018 (National Institute of Statistics of Rwanda). Post-genocide law prevents the collection and dissemination of data disaggregated by ethnicity, and so exact numbers of the Batwa cannot be calculated. Although there has been an increase in political focus on the problems faced by the Batwa in Rwanda, they remain extremely socio-economically disadvantaged. In Rwanda, the Batwa are also known as: “Potters”, an occupation historically associated with the Batwa; the “Historically Marginalised People,” a non-ethnic reference to their second-class status throughout Rwandan history; abasangwabutaka (original inhabitants of the land); and abasigajwe iynuma n’amateka (the ones who have been left behind by history). Outside of Rwanda, the Batwa are known as Twa, “Pygmies” (a pejorative term), forest people, and (former) hunter-gatherers.

The Batwa lack robust representation in governance structures and currently have only one Senator officially representing them in the national senate. This position is one of eight appointed by the President to represent “historically marginalised” groups. Transitional justice efforts implemented by the government of Rwanda after the 1994 genocide have eliminated ethnic designations, rejected the recognition of special categories of the population, and criminalised any speech or action deemed “divisionist” given the history of divisive policies and rhetoric which led up to the genocide. The Batwa are therefore not officially recognised as an indigenous group or given rights and protections as such. Rwanda is a State Party to the following charters: ACHPR, ACRWC, ICESCR, ICCPR, CERD, CEDAW, CRC and others; however the country has not ratified the UNDRIP or ILO Convention 169.

Indigenous Peoples and Minority Populations
Abatwa
Get Rid of Ads. Support us on Patreon! 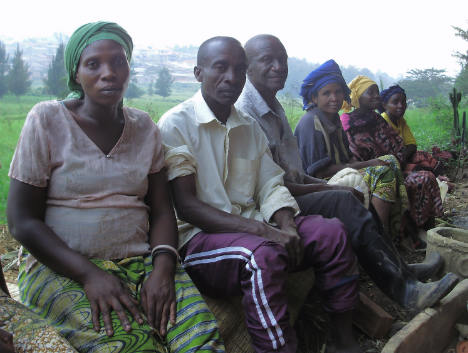