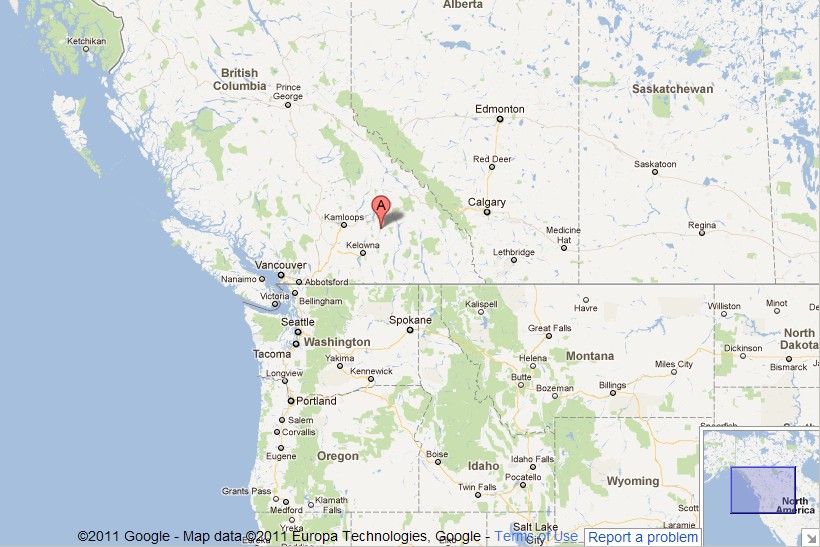 The Splatsin First Nation says it will not allow the City of Enderby and the Regional District of North Okanagan to sacrifice an historic fishing and village site at the Mabel Lake outlet so they can build a ‘permanent parking lot’.

The City & Regional District recently asked the British Colombia government for permission to destroy the site, which is known to the Splatsin as ‘Cqltqín’. The Splatsin are now fighting that application. They are also preparing to erect some fences to control who has access to the area.

Splatsin of the Secwepemc Nation are taking action against the proposed continuation of alienation from Cqltqín a historical village site at the Mabel Lake outlet. In 2007, the City of Enderby and Regional District of North Okanagan applied to the Province to have the only remaining ~9-acre section of habitable land paved and turned into a permanent parking lot. Splatsin leadership are fighting this application which is in direct opposition to the UN Declaration of Indigenous Rights and will effectively cut-off access to this historic fishing and village site.

Cqltqín is an area with extensive pit-homes, cache pits and scatters of rock and bone fragments from centuries of use by Splatsin Ancestors. Lake outlets are biologically very important and can support large communities of fish, wildlife, plants as the nutrients from the lake concentrate at its outlet, and the ecology of this area supported extensive hunting and gathering activities. The narrow neck of the Shuswap River below Mabel Lake is also perfect for the construction of a fish weir supporting historic fishing activities. This site supports numerous family owned and controlled fishing sites passed on according to family inheritance. The Mabel Lake outlet area provides a wealth of historical, ethnographic, traditional use and archaeological information.

Unfortunately, the ignorance of past and present government policy and laws has alienated the Splatsin People from this historic site, and the impact to this area has never been measured or compensated. As early as 1894 a sawmill plant in the Enderby area resulted in the intensive logging of areas upstream surrounding the Shuswap River. Trees were cleared throughout the watershed from Sugar Lake to Mabel Lake and finally Enderby, drastically affecting the ecology of the surrounding lands. Further impacts where caused when the Johnston Brothers in 1904 opened a series of larger logging camps, including one at the mouth of the Shuswap.

Since that time, the Secwepemc Title Lands surrounding Mabel Lake including those at the lake outlet have been steadily eroded through legislation. This entire situation is in direct contradiction to the UN Declaration of Indigenous Rights, which Canada signed and ratified on November 12, 2010. Under the UNDRIP Article 8 (2) States (i.e. Province of BC) shall provide effective mechanisms for prevention of, and redress for (b) any action which has the aim or effect of dispossessing them of their lands, territories or resources. Splatsin’s leadership and community members are saying ‘enough’. Until these issues are resolved, Splatsin will be erecting fences to maintain and protect access to this last parcel at Cqltqín.

“We will no longer sit quietly as our Tmicw (land) is stolen from us an acre at a time”, states Kukpi7 [Chief] Wayne Christian.