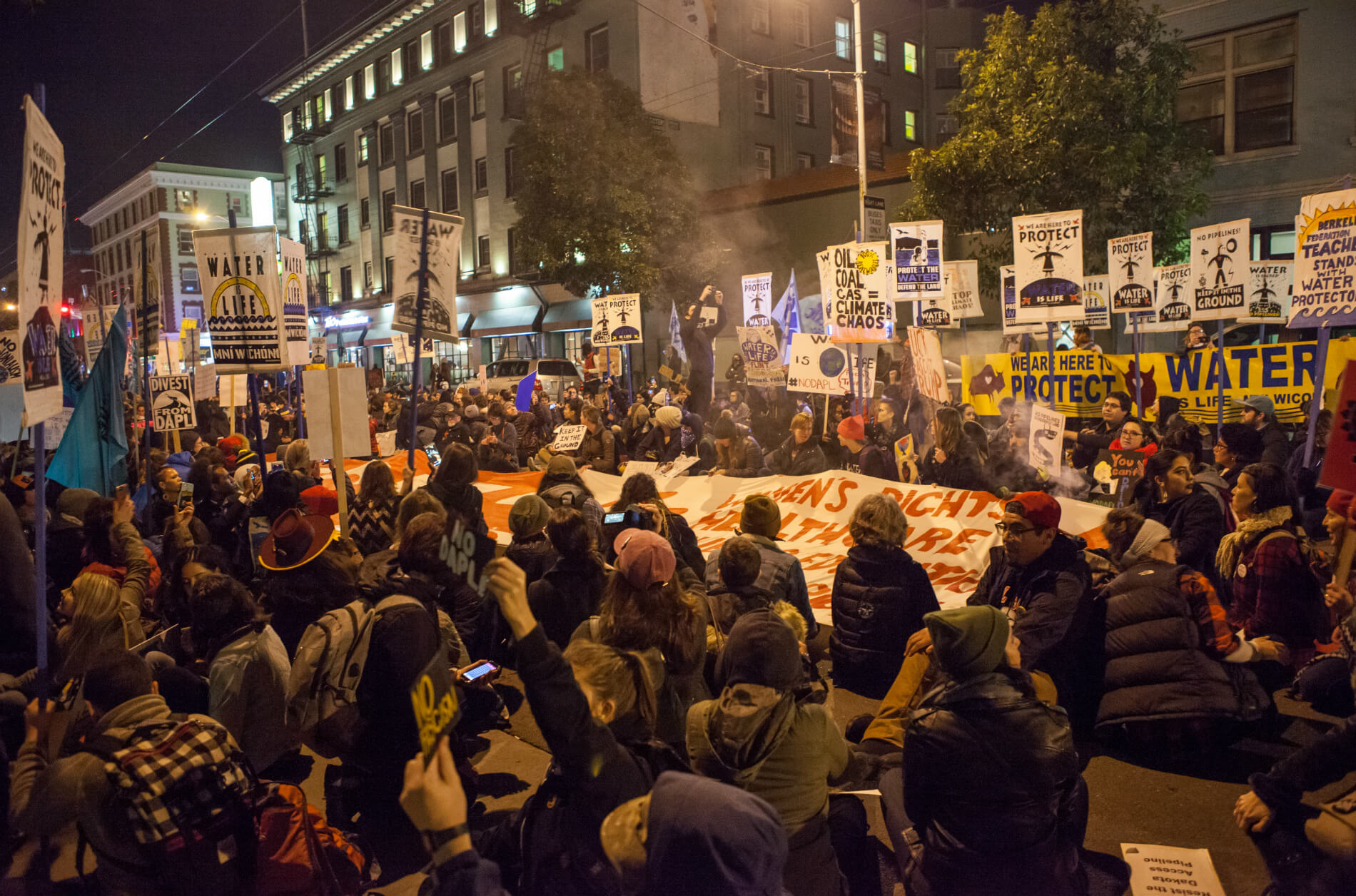 RAPID CITY – The U.S. District Court here scheduled a June 12 court date to consider a lawsuit from the Indigenous Environmental Network and others against South Dakota’s newly-enacted “riot boosting” legislation.

It consists of measures Gov. Kristi Noem championed in the 2019 legislative session, which threaten citizens who encourage or organize resistance – with fines, civil liabilities, and criminal penalties of up to 25 years in prison. The legislation beefs up funding for suppression of activism by drawing money from pipeline and other private project investors.

“This is a blatantly unconstitutional attempt to suppress protests of the Keystone XL Pipeline before they even begin,” said Dallas Goldtooth with the Indigenous Environmental Network.

Goldtooth said the plaintiffs were glad to have their day to be heard in court. “Indigenous voices have long protected Mother Earth’s biodiversity and we will not be silenced. We refuse to live in fear for demanding climate justice and protecting our sovereignty as native nations and its peoples,” he said.

The other plaintiffs are the NDN Collective, Dakota Rural Action, the Sierra Club, and Nick Tilsen of the NDN Collective. Goldtooth and Tilsen, of Lakota descent, allege they plan to protest the Keystone XL Pipeline and to advise and encourage others to do the same. 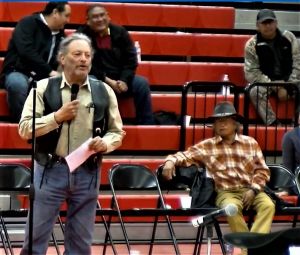 They also allege they “are not inciting any individuals to commit imminent violent or forceful actions,” that they “advocate against violence,” and they “plan to advise and encourage others to try and stop the pipeline through peaceful methods.”

All plaintiffs are represented by the American Civil Liberties Union and the ACLU of South Dakota.

“By equating peaceful organization and support of protest with ‘riot boosting’ and incitement to riot, the plaintiffs’ ability to speak out against the Keystone XL Pipeline is stifled,” says Courtney Bowie, ACLU of South Dakota legal director.

“No one should have to fear the government coming after them for exercising their First Amendment rights,” she said in a news release. “We hope the court will recognize this effort to undermine South Dakotans’ right to peaceful assembly and free speech for what it is and reject these dangerous laws.”

The so-called Riot Boosting Act, which took effect in March, gives the state the authority to sue any individual or organization for “riot-boosting,” or encouraging a protest where acts of violence occur. The law mirrors two existing state laws that criminalize similar speech.

Under the laws, individuals and organizations — regardless of their intent to incite violence, the likelihood that their speech or conduct would result in violence, or the imminence of the intended violence — could be subject to civil and criminal penalties, according to the ACLU.

It argues that the laws do not clearly describe what conduct or speech is considered “riot-boosting” or “encouraging” a riot. “Such vague and broad language invites arbitrary enforcement, will chill protected speech, and will result in indiscriminate targeting of peaceful organizers,” it said in the news release.

In the case, Dakota Rural Action v. Noem, plaintiffs asked the court to block the state from enforcing the anti-protest laws while deliberations proceed, because the laws at issue “expose the plaintiffs to immediate and irreparable harm.”

The defendants requested Judge Lawrence L. Piersol grant a motion for judgement on the pleadings, a motion to certify the question to the South Dakota Supreme Court, and a motion to dismiss Pennington County Sheriff Kevin Thom from the accusations of the lawsuit.

Thom answered the National Sheriffs’ Association call for reinforcements, by sending deputies to the 2016-2017 standoff between the Oceti Sakowin and the Energy Transfer Partners consortium over construction of the Dakota Access Pipeline through unceded treaty territory in North Dakota.

However, he argued in case filings, “There is no jurisdictional basis for suing Sheriff Thom. Pennington County is not a proper party to defend the constitutionality of state statutes.”

The court date was one week after the monthly meeting June 5 of the South Dakota Public Safety Communications Council, at which discussion focused on coordinated response of multiple state agencies to Keystone XL backlash.

The panel, created 12 years back, includes representatives of dozens of agencies, such as the Division of Criminal Investigation, police and sheriffs’ associations, and other first responders. It includes one federal government representative and two tribal representatives: Larry Jandreau and Chris Saunsoci.

Their meeting predated a federal appeals court hearing June 6 in which the judge ruled that U.S. President Trump’s cancellation of the pipeline’s Presidential Permit was legal. That permit was supplanted by the chief executive because it was held up in federal court by tribes and allies.

“Citing the fact that the President of the United States issued another permit makes the case no longer active,” Cheyenne River Sioux Tribal Chair Frazier explained. “It is these kinds of disgusting legal maneuvers that have raped my people of our lands and treasures,” he said in a written statement.

“Today is yet another example of the legal thuggery that has been a hallmark of United States policy towards native life of this land,” he said immediately in response to the Ninth Circuit Court dismissal of legal challenge to the Keystone XL.

“Where is the protection against foreign people that this administration has promised the American people? Or is the simple answer that we are not considered American people?” he asked.

“It is sad that the rule of law can be overruled by the white man’s rule of greed while we are persecuted for even attempting to protest this travesty,” he added.

“This land is not the land of the free, ask any Indian. It is no longer the land of the brave when you cannot face your opponents. We will continue to fight and resist this destructive federally-sponsored danger to our land. This is merely another desperate attempt to make the morally wrong into legally right by the President of the United States,” he concluded.