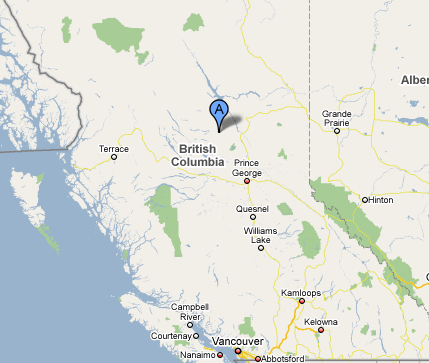 Reprinted below, a statement from the Nak’azdli First Nation regarding the BC government’s decision to grant an environmental assessment certificate (EA) to Terrane Metals for a massive copper-gold mine project near Shus Nadloh (Mt. Milligan) on Nak’azdli traditional territory.

The government failed to consult the Nak’azdli before making its decision, ignoring recent court decisions about the Crown’s duty to consult, and even more glowing promises about a “new relationship” with Indigenous Nations.

In response, the Nak’azdli say: “if negotiations are not fruitful we are prepared to consider all our options” to protect their rights and concerns.

Proposed Copper and Gold Mine Project Cannot Proceed without Nak’azdli

The Nak’azdli First Nation today denounced the BC government decision to grant an environmental assessment certificate (EA) to Terrane Metals for a proposed massive mine on Nak’azdli traditional lands near Shus Nadloh (Mt. Milligan) in the headwaters of the Peace River Basin.

“This project is on Nak’azdli land and it cannot proceed without us,” said Chief Fred Sam. “Despite what appears to be a concerted effort by the government, the company and its supporters to present this as a unanimously supported done deal, it would be premature to suggest to investors that it has a green light.”

“There are many steps we can and are prepared to take to protect our rights and concerns, and if negotiations are not fruitful we are prepared to consider all our options,” said Chief Sam.

The Nak’azdli First Nation is particularly outraged at the suggestion the project is backed by the First Nation on whose lands it is located.

This ignores two recently submitted reports to the BC and federal governments by anthropologist John Dewhirst, M.A., RPCA, which clearly demonstrates Nak’azdli title to the proposed Shus Nadloh (Mt. Milligan) mine site and dismisses the claim of the McLeod Lake Indian Band to this Nak’azdli land.

Another claim – that First Nations have been properly consulted – is clearly contradicted by the fact that Nak’azdli, which was not part of the review process because of a failure to include it on a government-to-government basis, was only informed of the decision in a call from a reporter. It has still received no official notice.

The Nak’azdli First Nation has long asserted that the province has failed to enter into government-to-government talks over this major mine proposal. The First Nation has longstanding concerns about environmental and social impacts in the region. The massive mine proposes to dump its waste into nearby waters, destroying important fish habitat. Caribou, beaver, grizzly bears, and other wildlife in the region would be heavily impacted as well.

“The claims that the company will be bound by numerous conditions and that clear mitigating actions must be taken to protect the environment are not of great comfort to us at this point, given the poor track record in this province to date,” said Chief Sam. There are close to 2,000 abandoned or closed mines in BC and two third of them are still polluting the land and water.”

Chief Sam said the decision to grant the license, and the way in which it was done, brings into question the province’s commitment to improving aboriginal relations. The Nak’azdli First Nation has long asserted the province needs to conduct land use planning, in consultation with First Nations, on traditional lands in advance of permitting industrial development. Advance planning would prevent the recurrent conflicts with First Nations.

“Premier Campbell and his ministers have made broad public promises to establish a ‘New Relationship’ with First Nations and much time and effort has been spent working towards a Recognition and Reconciliation Act,” said Chief Sam.

“But, on the ground where it matters, government bureaucrats continue to walk over First Nations, issuing permits for major development on traditional lands without appropriate consultation,” Chief Sam said.

“Every time a First Nation is forced to go to the courts to establish their rights, both potential development and protecting traditional values are mired in years of litigation. Yet the government continues to ignore the need to work on a government to government basis with First Nations.”